Sebastien Ogier, four-time World Rally champion with Volkswagen, had always dreamt of driving a Formula 1 car. However, he was always prevented from doing exactly this, because of clauses in his contracts in his previous teams - Citroen and Volkswagen Motorsport. That changed recently. Ogier has been competing in the 2017 season of the WRC with the privateer M-Sport outfit, which meant that he was allowed to drive the Red Bull RB7 Formula 1 car, that was raced in 2011, at the Red Bull Ring in Austria. 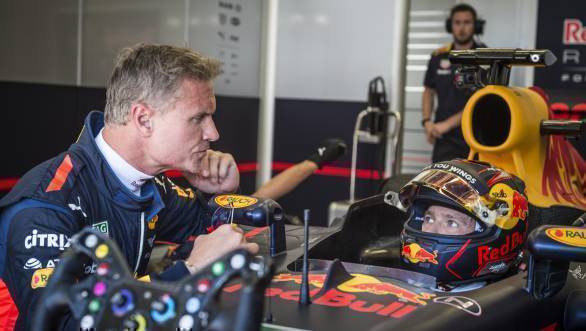 The video is interesting, because it's obvious that even though Ogier is a four-time WRC champion, finding his comfort zone in a Formula 1 car, is something that will take him a long time. It puts into perspective the specific challenges of driving a single-seater of this level, and also demands a special skill set that Ogier, as yet, doesn't have.

On hand to help him, was former Red Bull Racing driver David Coulthard. It's a video worth watching for both Coulthard's insight on what Ogier needs to do differently, and Ogier's own perspective on how he needs to modify his driving style to come to terms with an F1 machine. The link is below: