Volkswagen has been showcasing new concept cars at every auto show this year. The brand, however, is going the SsangYong way this time around. By this, we don't mean lavish design cues but teasing a show car almost three months ahead of its showcase. The Volkswagen Arteon is the brand's latest premium saloon and is likely to replace the ageing Phaeton. Unlike the Chinese-only Phideon saloon, this one is going to different countries. It might also make its way down to India. 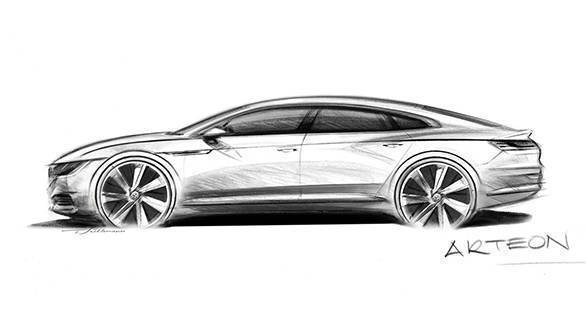 VW has only released one teaser image of the car which shows its side profile. It showcases the coupe-like roof, sharp window line, wraparound tail lamps and what looks like 19-inch wheels. Expect more images to surface at a later date. VW's press kit says that the vehicle has a grille that blends with the 3D LED headlamps. Other elements of the design suggest that this vehicle will have a face similar to Skoda's new Vision C concept, while the doors are the frameless type.

Volkswagen hasn't released any other detail about the car, but expecting its vision of electrifying the range pretty soon, there will be a plug-in hybrid and also a full electric option. Keep watching this space for more information on the Arteon.