Volkswagen has joined the bandwagon of popular auto makers who revel in recreating the finest machines from the virtual world of Gran Turismo. For the 15th anniversary edition of the video game series, the German manufacturer revealed the living, breathing prototype of the GTI Roadster at the 'GTI Treffen am Wörthersee'. The two week long, annual fan event held along the scenic Alpine lake, Austria turned out to be the perfect venue for the unveiling of the Roadster, with a 150,000-strong gathering of salivating GTI fanatics. 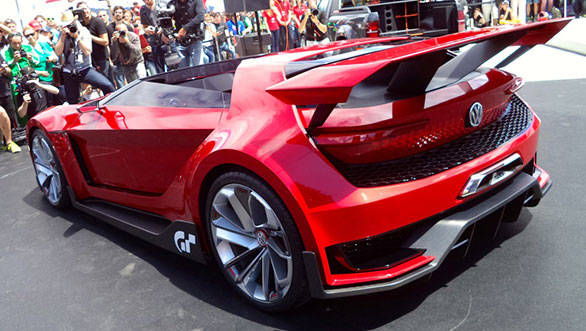 The concept runs a twin-turbocharged 3.0-litre V6 engine, producing a big 510PS of power and 560Nm of torque. A dual clutch seven-speed automatic transmission and a 4Motion all-wheel drive system that is claimed to get the GTI Roadster from 0-100kmph in just 3.6 seconds. The two seater also boasts a top speed of 309kmph, weighing all of 1421 kilograms. To achieve this, Volkswagen has employed lightweight aluminium and carbon fiber on the GTI Roadster. The designers have also made the Roadster aerodynamic and have added a large rear wing which increases a lot of downforce into order to boost traction. This smartly assists the AWD system. 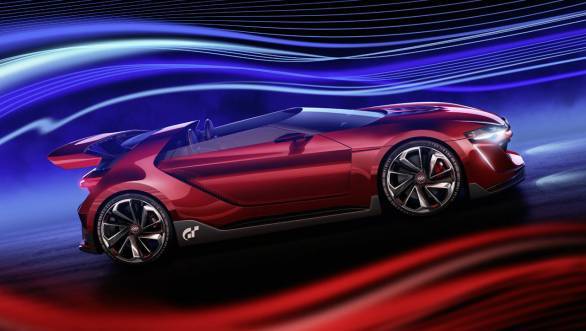 The aerodynamic design helps the GTI Roadster concept to power from 0-100kmph in 3.6 seconds

In the real world,  the VW GTI Roadster concept is only available for download for Gran Turismo 6 players on Playstation 3 from mid-June. While Volkswagen claims it to be "the most spectacular Golf GTI ever", we wonder if we will ever be able to see this monster on the track.