The 2017 World Rally Championship regulations allow for cars with more power, reduced maximum weight, and more aerodynamic freedom. Which means that we're likely to see faster times, more dramatic cars, and should more manufacturers hop on board, more diversity in the sport too. And it's reigning world champions Volkswagen who have first unveiled their 2017 WRC challenger. 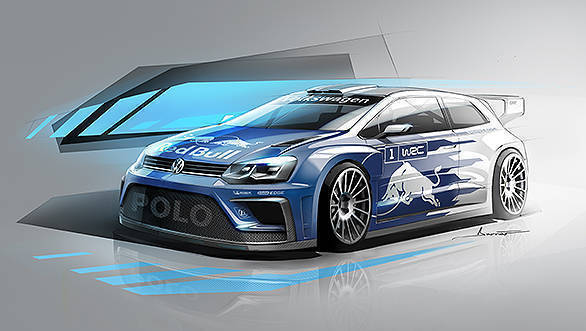 The new Volkswagen Polo R WRC will produce 385 PS of power, which is 60PS above the current car. It will also be 25kg lighter at 1175kg, and 50mm wider than the current car. With the added aerodynamic freedom, a larger rear spoiler and a wider front spoiler are now present.

While the car is currently in final phase testing, there could still be significant changes before the car races in January 2017 at Monte Carlo.

"The 2017 WRC regulations include many spectacular technical innovations for the World Rally Championship. The World Rally Cars of the future will incorporate all the experience that teams have gained in recent years. They will be considerably more dynamic, whilst at the same time being safer." said Jost Capito, director of Volkswagen Motorsport.

Capito added, "As usual, we are working painstakingly on the development of the next generation of the Polo R WRC. The key between now and the start of next season is to achieve the best possible prerequisites to allow the 2017 Polo R WRC to be as successful as its two predecessors."