Volkswagen is all set to launch the new-generation Polo on June 16, 2017. A new teaser video of the hatchback was recently released, giving out details such as the projector headlamps with LED DRLs, LED tail lamps, push-button start-stop and a sunroof. The featured car also sports a bright orange shade with a contrasting black roof. 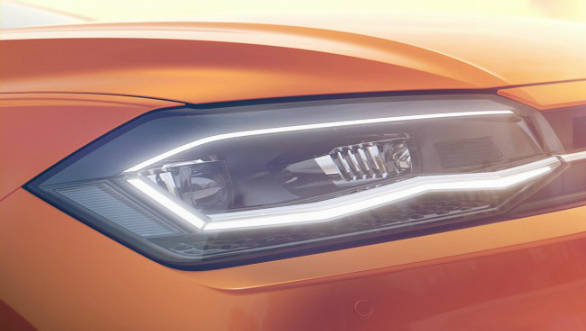 The new Polo is based on Volkswagen's Modular Transverse Matrix or MQB platform that also underpins VW Group's other cars such as the recently launched Tiguan. In case of the Polo, hopping onto the MQB-A0 platform will translate to bigger dimensions. The new car is 4,053mm long, 1,751mm wide, and 1,446mm high and has a wheelbase of 2,564mm. That, in turn, will also mean more interior room, addressing the problem of a slightly cramped rear, in the previous Polo.

The overall design looks like an evolution of the Polo, and by that we mean it looks as handsome as the predecessor. The simple design of the previous Polo has ensured the car aged gracefully and that could also be the case with the new Polo. The quality, which was already pretty good, is also expected to go up by a notch or two. The front seats are sourced from the bigger Golf hatchback. The new Polo will also get a new-generation touchscreen infotainment system and a digital instrument panel. The car will also feature VW's latest "Park Pilot" automatic parking system as well as keyless entry, a feature that was missing in the previous Polo. 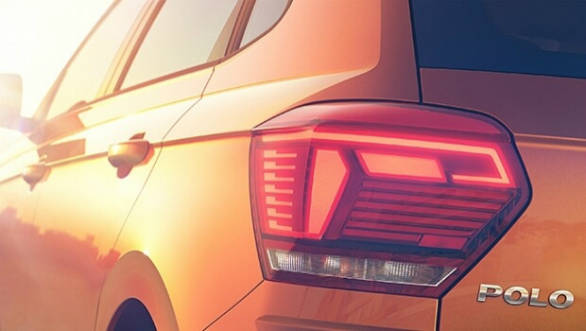 Volkswagen is expected to introduce a wide range of powertrain options in the new Polo. This includes a turbocharged 1-litre, 3-cylinder petrol motor, available in 65PS, 75PS and 115PS power outputs. There's also a 1.5-litre, 4-pot petrol motor that'll be offered in 130PS and 150PS guises which could be offered in the new Polo GT. Transmission options include 5- and 6-speed manuals as well as the 7-speed DSG. Volkswagen is also rumoured to launch a new Polo GTI, and that car is expected to feature a 2-litre, 200PS+ motor.

The MQB platform is quite expensive and that means Indian car buyers will have to wait till VW takes a decision on localising the MQB platform for India. Alternately, VW could also seek to utilise Tata's AMP platform, since VW has signed an MoU with the Indian carmaker to co-develop future products.

Watch this space for all the details from the global reveal of the new Volkswagen Polo...