Volkswagen has revealed details of its latest generation TSI turbo-petrol engine at the 37th International Vienna Motor Symposium. Christened the EA211 TSI evo, it is a 1.5-litre engine that will initially be offered in two states of tune  130PS and 150PS. Volkswagen says that "a large number of technical innovations have been combined in the new EA211 TSI evo, which have been considered in a new kind of combustion process". This is called the Miller combustion cycle. 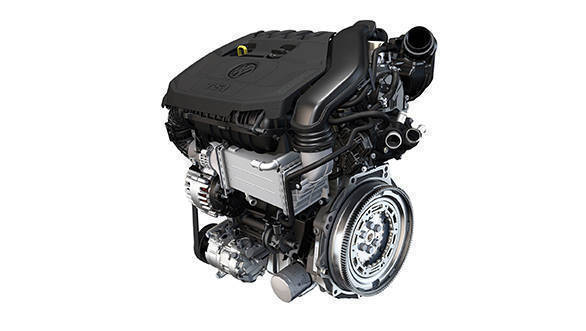 A Miller-cycle engine works on the same basic principle as the standard internal combustion engine, except for a few variations. Firstly, the functioning of this engine depends on the use of a supercharger or in this case, a variable geometry turbo charger. Secondly, the piston's air inlet valve is left open even during a part of the compression stroke. This allows the piston to compress the fuel-air mixture against the pressure from the turbo as well as the piston walls. This reduces the amount of energy used for compression. In turn, as Volkswagen claims, this reduces fuel consumption by around one litre per 100km. Volkswagen says that the maximum torque of the EA211 TSI evo engine (not disclosed as yet) will be available from as early as 1,300rpm and continue "over a broad range of engine". The German auto maker also says that the new engine is around 10 per cent more efficient that the current generation 1.4-litre TSI, while torque is delivered close to 35 per cent quicker.

The EA211 TSI evo will make its debut with the new Volkswagen Golf Mk7, which will be revealed by the end of 2016.