Volvo has developed a new rear-facing inflatable child seat which is easy to carry, lightweight and less tedious to pack and unpack. This seat was designed by Lawrence Abele who is the design manager at Volvo's Monitoring and Concept Center in Los Angeles. He designed the concept seat with his two kids in mind. Details such as price and when it will be available have not been revealed yet. 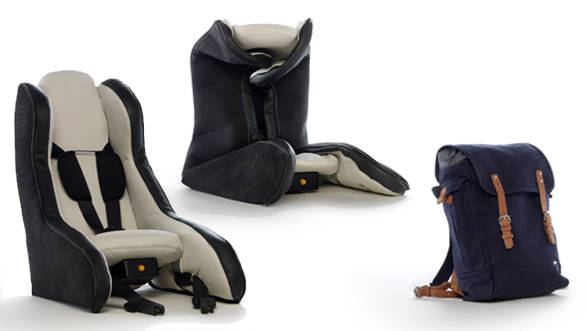 The concept seat is made from a material called drop-stitch fabric which is very strong and can withstand very high internal pressure. The seat weighs in at less than 5kg which is less than half the weight of conventional child seats in the market. There is a pump system built in which can inflate the seat in less than 40 seconds and can deflate it as well. Other useful feature which has been incorporated is the online Bluetooth system which enables the seat to be inflated remotely, very handy, when you have a toddler hanging on to you. 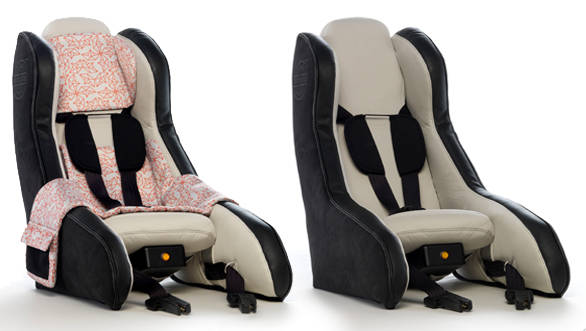 The seat has been deliberately designed to face the rear of the car as the neck of the child is not as developed as an adult and in case of a frontal impact will not be able to take the strain exerted on it. Lawrence says, "For me child safety is always the number one priority and when we lived abroad with two toddlers we had to haul bulky child seats through airports and then into taxis. For many, travelling with young children is a challenge; any assistance to simplify the parents' life with young children is a great thing."