Remember the XC90 interior teaser that Volvo recently released, especially the large switched-off screen prominently positioned in the dash? Well, Volvo has come up with details for this next-gen touch interface which has the CarPlay from Apple, tiles concept from Windows and the versatility of an Android. 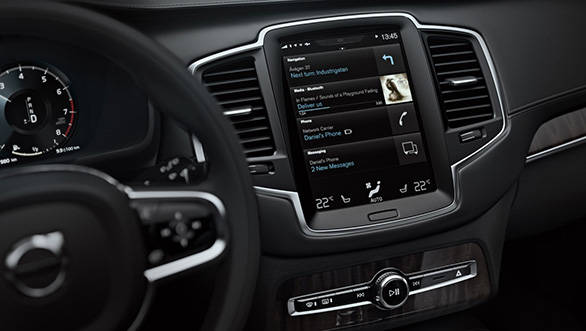 The next-gen touch interface has the CarPlay from Apple, tiles concept from Windows and the versatility of an Android

The most important highlight of this Sensus system is certainly the Apple CarPlay. This has a few features and services familiar to the iPad or iPhone with a similar interface. It also has the ability to mirror iOS thereby allowing users to operate their devices from the car's touch screen. It also offers the option to stream music via several Cloud based applications. The system has various tiles such as navigation, media and telephone and there is also a notification bar on the top. The lower part of the touch screen houses the air conditioner and climate control. A great touch is the bar just below the touch screen housing buttons for most commonly used controls so that the driver doesn't have to take his eyes off the road. 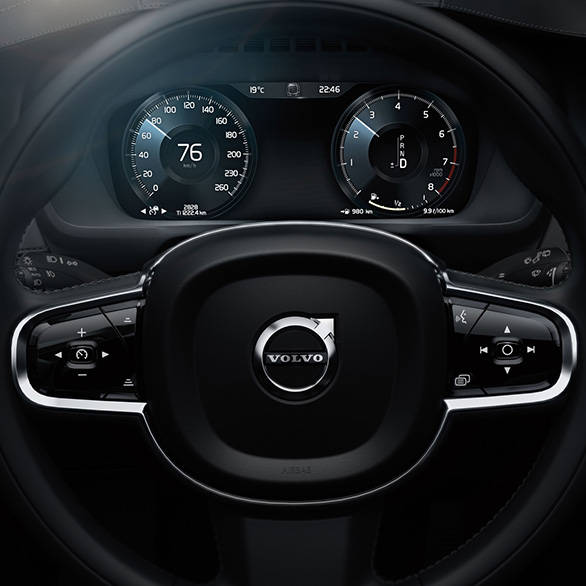 The system can also be operated by steering mounted thumb controls

Another first-seen feature is a fully integrated Park and Pay application. The system also incorporates navigation system by Here, allowing users to update content remotely. Thomas Müller, VP Electrics/Electronics said, "The XC90 will not only tell you when it's time to visit the garage but will also suggest an appointment for you at your Volvo dealership. The Connected Service Booking application is the first step in making the dealer workshop fully integrated into the connected eco-system." 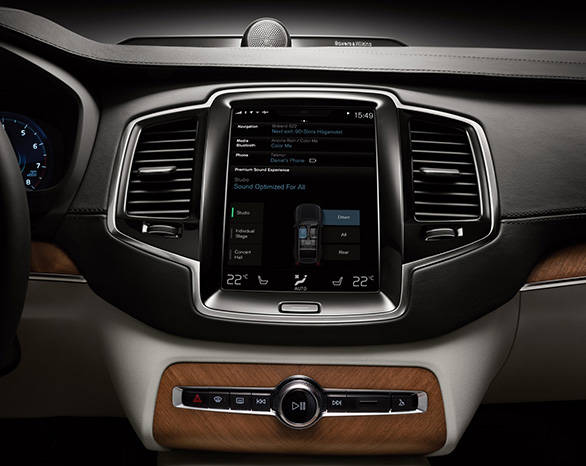 The system could also be operated by steering mounted thumb controls and looking at the data provided by the heads-up display. The Volvo XC90 is a huge step forward and looking at the effort that has been put into every area, the final product is sure to make this Volvo a strong contender in the SUV market.