We make modern cars, so why not tanks?

Lately, we have been hearing a lot about India's defense spending and how we are very short of modern equipment. Be it the Indian Air-Force (IAF), army or navy, all need a massive upgrade of their arms. One also keeps hearing about how India is one of the biggest importers of arms in the world, and how little we actually make ourselves.

Ever since Narendra Modi became the prime minister and took charge of our country's affairs, he has been promoting 'Make in India' big time. So far it's mainly been the public sector in India that has been responsible for making arms, but they have fallen way short of the expectations. HAL (Hindustan Aeronautics Limited) has been developing our Tejas multirole light fighter aircraft since the 1980s and its first test-flight was in 2001. But it is still not operational and continues to undergo testing and development. In fact, many experts suggest that by the time it joins service with the IAF, followed by the Indian Navy, it might well be outdated. Actually, the IAF has already asked for a version fitted with a more powerful engine.

That is not all. Our army is in want of modern combat and infantry vehicles like tanks, armoured vehicles, personnel carriers, mine-sweepers, bridge building and laying vehicles, recovery vehicles, artillery gun carriers, trucks to transport troops and materials, etc. The army even needs modern handguns and rifles! The list is endless. 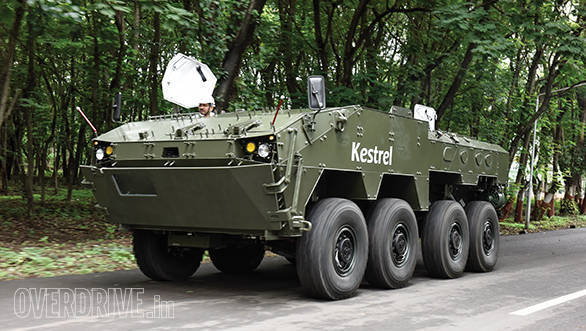 But why are we discussing this here? Simply because after the liberalisation of our economy and the end of the 'license raj' one of the industries that has really thrived and done well, is the auto industry. Maruti Suzuki's plant that started production from Gurgaon in 1983 was one of India's first modern-day factories. Since then we have come a long way. Now manufacturers like Hyundai have state of the art plants from where they make vehicles not just for the domestic Indian market, but also for export. Cars made at Hyundai's plant in Sriperumbudur, Tamil Nadu, are now shipped all over the world and this Korean car maker has become India's largest exporter of cars.

They even export to advanced markets in the West, including several European countries, and their cars are well accepted all over. And mind you these are cars almost entirely made in India. Other manufacturers like Maruti Suzuki, Ford, Renault and Nissan, Volkswagen, etc, are all exporting their made-in-India vehicles very successfully. As a matter of fact Jeep, which started manufacturing here only recently, is selling the India-made Jeep Compass in several right-hand drive markets. Even Indian carmakers like Tata Motors and Mahindra, export and sell some of their products in foreign markets. What's more, the business plan of several of these manufacturers is based on the premise that they will 'Make in India' for India, and also for the world.

Manufactures of advanced luxury vehicles like Mercedes-Benz, BMW and Audi also have their factories or assembly plants here. As do JLR and Volvo. What's more, Kia Motors has also started work on a brand new ultra-modern factory in Andhra Pradesh. All these automobile manufacturers are able to make their latest machines packed with the most modern technologies in India. With Indian workers, and with Indian suppliers. Furthermore, the phenomenal growth in the auto industry has also led to a parallel growth in the auto ancillary industry. Unlike before, now we make even the most advanced and complex parts in India. We are also effectively able to meet the stringent quality requirements of foreign manufactures. And made in India vehicles, fruitfully meet the demanding safety legislation and other such requirements of advanced markets. 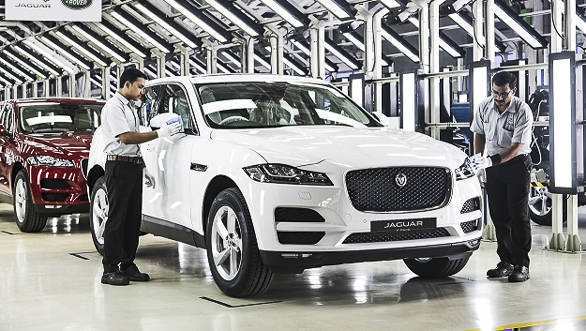 The lofty achievements of the Indian automobile industry show how capable we are of making modern vehicles. Making such machines entails the highest levels of engineering skills and top-quality manufacturing processes and facilities. We in India are capable of creating all of this. But why then are we not still making modern mechanized combat and infantry vehicles? Why do we still use outdated ones and how come we have to import everything? Why is the involvement of the private sector so limited? Manufacturers like Mahindra, Ashok Leyland, Tata, etc, do make defense-related vehicles, but their volumes are really very small.

From my limited understanding, the problem is not in 'Making in India'. But in getting the right technology partners. Because anything related to defense has to be approved by the government, which says it will only allow arms to be 'Made in India', if the technology is the best, and is also transferred to us. Then there are all sorts of norms for approvals and the selection process to be inducted into the armed forces is just something else.

By the time a product is tried, tested and approved and the price and supply arrangements agreed upon, in all likelihood the product is outdated and requires an update. So again starts another cycle of tests and approvals. There is the matter of transfer of technology too. It can only happen if our government makes long-term commitments to the companies to make it financially viable for them to part with their know-how. But, when it comes to such things, we all know how our governments function. One election, or a new government, can change everything overnight. Because "Oh Darling Yeh Hai India".