While I wish everybody has a safer 2019, I will again stress on how unsafe our roads are and how little we are doing about it. Recently, the Supreme Court of India was hearing a matter related to road safety and a bench comprising Justices Madan B Lokur, Deepak Gupta and Hemant Gupta, said, "So many people are dying in the country due to accidents caused by potholes on roads. Reports say that more people have died due to potholes than the deaths in terrorist attacks!" Terming the situation as "frightening", the bench observed that the issue involves a serious question of life and death of a person and asked the Supreme Court Committee on Road Safety to look into the matter. 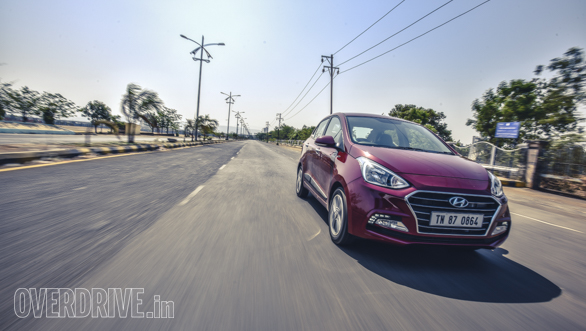 As per some findings, potholes claimed nearly 10 lives every day and in 2017, some 3,597 people died due to this. In comparison, 803 civilians, terrorists and security personnel lost their lives in terrorist attacks including the Naxal insurgency. Shockingly, the data gathered by the Supreme Court Committee on Road Safety shows 14,936 deaths due to potholes in the period 2013 to 2017. This is an unacceptably large number and the fact that so many die due to potholes is unforgivable. It very clearly demonstrates serious dereliction of duty by our municipal corporations, state governments, National Highway Authorities and all those in charge of construction and upkeep of our roads. Those responsible for this gross negligence should be taken to task and punished, but as far as I know, not even one has been put behind bars. This demonstrates how much we value life and how seriously we take road safety, in our country. Also how easy it is to get away despite such grave failures and laxity.

Another report, this one released by WHO (World Health Organisation) says that one out of every nine global road fatalities was in India. The data shared by our road ministry with WHO discloses that in 2016, the death toll due to road accidents in India was 1.51 lakhs. But what is exceedingly alarming is that WHO estimates it to be far higher and nearly around three lakhs! They point out the huge gap between hospital and police data. My personal view is that the figures estimated by WHO are more likely to be true, because our authorities are generally quite casual about such uncomplimentary statistics and are especially good at concealing unpalatable facts. 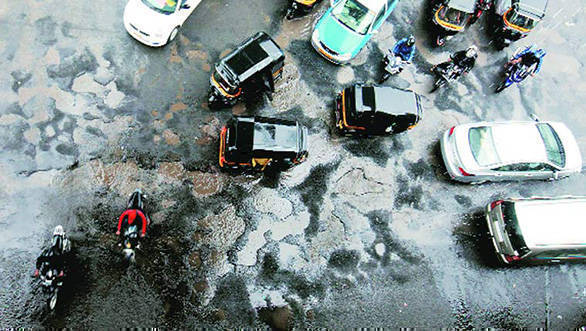 Road fatalities are obviously a colossal crisis for India, far larger than most other problems we face. But nobody, least of all our government and authorities, is showing the kind of concern they should have. Building temples, protecting cows, spreading communal disharmony, waiving farmers' loans, etc, all appear to be more important these days. Some supporters of this government are sure to point out that the Transport Minister has promised to reduce road fatalities by 50 per cent by 2020. As we all are aware, making tall claims and promises is something our politicians excel at. But in reality things are still to change.

Let me cite one instance. The government of Maharashtra has stated that its aim is to make the Mumbai-Pune Expressway a 'zero-fatality' stretch by 2021. The government has collaborated with the Save Life Foundation and Mahindra & Mahindra Ltd to help achieve this. While this is an admirable aim and welcome approach, the facts show that little has changed on the ground, or rather the expressway. From January to October 2018 (10 months), 82 people are reported to have died due to road accidents on the expressway. In fact the numbers for 2017 and 2018 are almost the same, with no change having occurred. The authorities recently released a statement saying the accidents and deaths were because of overspeeding, lane-cutting, not wearing seatbelts, etc. The causes and difficulties are common knowledge and nothing new. What matters is what the authorities are doing about this. I am sad to say, given the scale of the problem, very little is being done. Sure there are campaigns from time to time to book drivers for overspeeding, rash driving, etc. But the kind of strict enforcement and honest approach that is needed 24/7, is missing. The political will appears to be lacking too, because strict enforcement without acceptance of any excuses or bribes, is likely to initially get a negative response from the people. But someone will have to bite this bullet if we are to reduce the number of road fatalities in India.

It's also unfortunate that the growth in the availability of food delivery apps and services on smartphones has resulted in an increase in the number of traffic violations and road fatalities. All the food delivery companies like Swiggy, Zomato, and so on, employ lots of delivery riders. Most of these riders are given incentives based on the number of deliveries they do. There are also set deadlines in which they have to pick up the food from the restaurant and deliver it to the customer. To avoid being late or getting negative reviews from customers, these food delivery riders generally jump traffic lights, ride on the wrong side of the road, overspeed and break all rules. Reports from across the country have started coming in of many of them having accidents and even losing their lives. This is now another new road safety issue we have to deal with.