Wolfgang Durheimer, currently the President of Bugatti Automobiles S.A.S. was believed to step down in favour of Stephan Winkelman, who was the former head of Audi Sport. If that happens then Stephan Winkelmann would have assumed the position of Bugatti head. However, according to a German magazine, Wolfgang Durheimer might be stepping down in favour of Adrian Hallmark, who presently holds the position of Jaguar Global Brand Director. 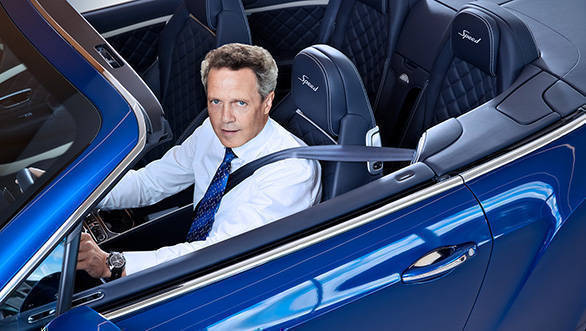 Adrian Hallmark has been a part of the team responsible for turning Porsche around in the UK. Moving on to Bentley, he helped push sales up from 1,000 to 10,000 cars. This was followed by senior roles at Volkswagen in Asia and SAAB, before he joined Jaguar in 2010.

Wolfgang Durheimer, has held the position of CEO and president of Bugatti for three years now. Wolfgang has also head other brands like Audi and Porsche. His contribution to Bentley include the development of Bentayga SUV, Continental GT and also future Bentley models.

The report further states that the restructuring of the management position in the Volkswagen is a part of the plant. About Adrian Hallmark heading Bentley brand, it needs to be seen what all measures and decisions will he undertake in terms of new projects.