World Endurance Championship Preview: Six Hours of Spa set to be a thriller

The 2014 season of the World Endurance Championship comes to Belgium this weekend. The second round of what is currently one of the most gruelling racing series around will be held at Circuit de Spa Francorchamps and will run for six hours. 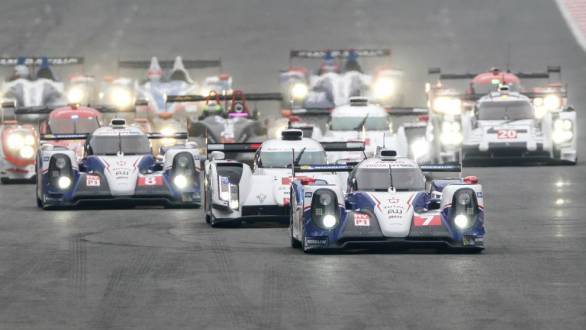 Toyota leads the way at the first round of the WEC at Silverstone - a sign of things to come?

Now, the first round of the championship, the Six Hours of Silverstone held on the 20th of April was a real stunner. The race was red flagged due to heavy rains, cutting it short by about 24 minutes. The Toyota TS040 Hybrid of Anthony Davidson, Nicolas Lapierre and Sebastien Buemi finished in first position, with Alexander Wurz, Stephane Sarrazin and Kazuki Nakajima in the other Toyota came in second. The much-awaited debut of the innovative Porsche 919 Hybrid (read more about it here), was a success. The highly complex LMP1 car of Timo Bernhard, Brendon Hartley and Mark Webber claimed third. The sister car of Romain Dumas, Neel Jani and Marc Lieb retired after an hour and fifteen minutes due to technical issues. 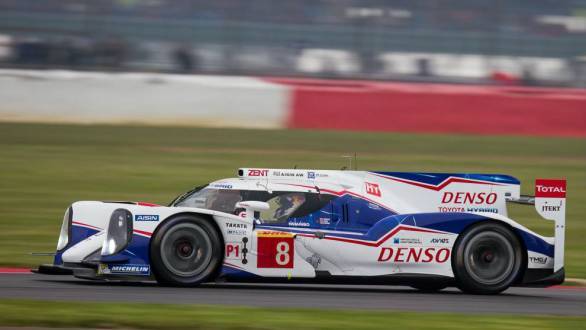 After winning the first round of the championship at Silverstone, Anthony Davidson, Nicolas Lapierre and Sebastien Buemi will be looking to get on the podium at Spa too 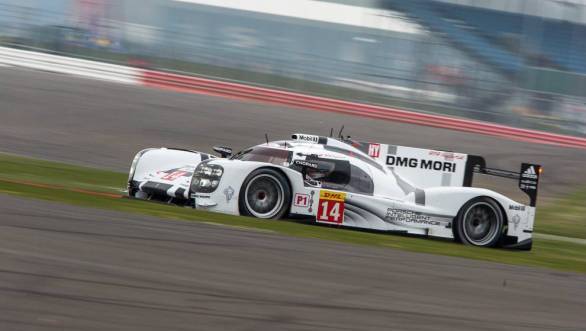 DNF at Silverstone, but Porsche drivers Romain Dumas, Neel Jani and Marc Lieb are gunning for a podium at Spa

Both the Audi R18 e-tron quattros however, failed to finish for the first time since the Road Atlanta round of the Petit Le Mans 2011. The car of Lucas Di Grassi, Loic Duval and Tom Kristensen retired early on in the race and the second car of Marcel Fassler, Andre Lotterer and Benoit Treluyer crashing 47 laps before the end.

After Silverstone, in the championship standings for the LMP1 manufacturers class, Toyota leads with 44 points, Porsche claims second with 14 points and Audi is last with 0.

REBELLION Racing used their car from last year, the Lola-Toyota at the Silverstone round. They will run their new R-One LMP1 Prototype from the race at Spa onwards. They are running in the LMP1-L class for privateers, the first time a class such as this has been included in the WEC. Team Lotus is also working on a LMP1 car after switching from the LMP2 class in which they competed last year. The new car will be called the Lotus T129, and the team is expected to begin their campaign from round three. 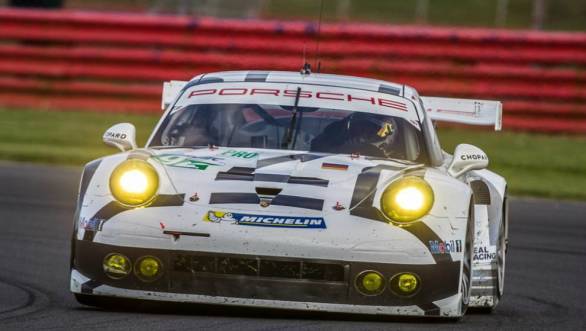 Marco Holzer, Frederic Makowiecki and Richard Lietz took their 911 RSR to first place in the GTE Pro class at Silverstone

With the build up to the third round of the season - the 24 Hours of Le Mans in June - the World Endurance Championship is one to follow as it only going to get more interesting as the year wears on. For information on exactly what transpires at Spa this weekend, watch this space.