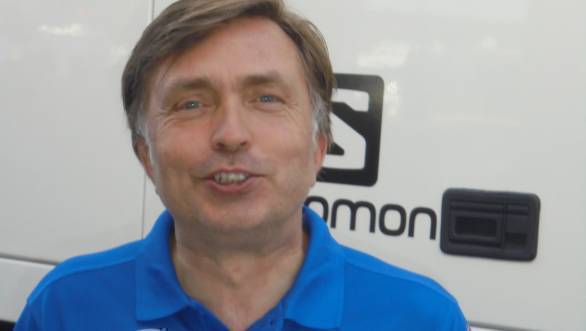 Volkswagen's Motorsport Director Jost Capito announced before the start of Rallye Deutschland that this was to be his final rally, prior to leaving the company in order to join the McLaren Formula One team. "Yes, I will be leaving VW at the end of this month", he confirmed, an opportinity made easier by the cancellation of Rally China, which leaves a gap of over five weeks before the next WRC event, the Tour de Corse.

"I was really disappointed China is not taking place. I think everyone was prepared and happy to go to China.  (For our team)  Sven Smeets had been to China and done an inspection. He was really positive. We all expected a good rally but I think if a region is hit like this then (cancellation) is the right thing not to go. As far as I know the damage was the only problem. It was cancelled because of this, its force majeur. There's no reason why not to go next year, I think it should stay on the calendar".

Regarding your time at VW, has there been anything really special that you never expected would be possible? "No, I think that every single day was special, there was no day that was not really special. I enjoyed it so much, a fantastic time, so there is nothing to regret, not one day".