Ott Tanak's win on Rally Turkey was his third successive world championship rally victory and the 1-2 result for Toyota put his team into the lead of the Manufacturers' series, five points ahead of Hyundai. Second day troubles on successive stages delayed the two Drivers' championship leaders, Thierry Neuville and Sebastien Ogier, while a mid event set-up change transformed the struggling Toyota, their cars suddenly competitive. Ogier later went off the road and only M-Sport's team tactics gave him a top ten finish. Neuville's Drivers' championship lead has been reduced to 13 points. 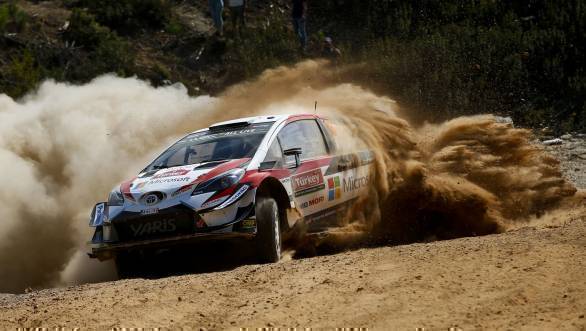 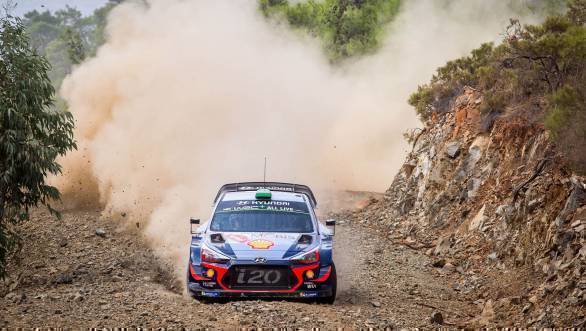 Hayden Paddon was the best-placed Hyundai driver at Rally Turkey

It had been eight years since the WRC last came to Turkey and this was a new area of the country. The choice of Marmaris on the "Turkish Riviera" was prompted by the attraction of endless gravel roads close to an idyllic holiday venue for a base, a decision facilitated by the FIA's disenchantment with spectator problems in Poland, the event replaced. Turkey is a country with considerable industrial support being close to the Hyundai car manufacturing plant and Pirelli's production facilities for rally tyres. The unknown conditions created a level playing field for teams and drivers alike, quite a challenge for all. The organisers took full advantage to make their region a welcoming location but the one unsatisfactory aspect was the work done in bringing the stages up to acceptable levels. A consequential problem of rebuilding the roads was that they were not yet strong enough to withstand the passage of cars, breaking up and littering the tracks on the first day with rocks and causing damage to the cars. 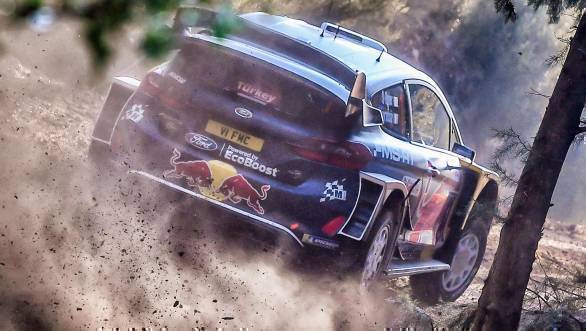 Sebastien Ogier's championship hopes have taken a hit, with the MSport driver falling to third overall in the standings

With the clear opinion that success on this rally would be won by the cleverest drivers rather than the bravest. With the Hyundai currently acknowledged as having the most competitive performance, it was a shock after the opening stage was won by Mikkelsen that it was the Citroen of Craig Breen that went ahead at the start of the first full day. Early morning hanging dust slowed the first cars on the road but as the day soon warmed up it wasn't long before the rocks started to have their say. Breen lost his lead when he punctured, Elfyn Evans had a smashed differential and the three Toyotas of Ott Tanak, Jari-Matti Latvala and Esapekka Lappi all complained that their cars seriously lacked traction. Andreas Mikkelsen retook the lead in his Hyundai until he also punctured and his teammate Neuville took over the lead. On the second day Ogier went ahead after Neuville had a strut punch its way through the bodywork until on the next stage Ogier had a broken front suspension. Both drivers frantically set about at the roadside to make their cars driveable. Neuville didn't succeed but Ogier with as much help as the rules allowed had support from Evans and managed to repair his car. Momentarily Mikkelsen was back in the lead again but then he smashed the front differential and had only rear-wheel drive. 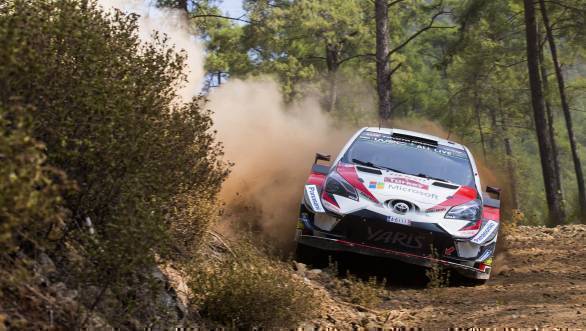 Toyota calculated their traction troubles were due to setting the ride height too high. They lowered this on Tanak's car and then on Latvala's and like magic their cars were competitive again, but by now Lappi had gone off the road, beached undamaged on the side of the track. The crew escaped from the car but then the car toppled far down the hillside, getting damaged too severely to be allowed to restart the rally the next day. Tanak meanwhile had progressively recovered from ninth position to be in the lead with teammate Jari-Matti Latvala second, conscious that his job was now to support his Estonian colleague. Graciously he smiled, saying "sometimes you have to play the team card "

Back at M-Sport the only good sign was that Teemu Suninen was still going strongly, rising from ninth to fourth place. Ogier, however, was in more trouble when he slid off the road and the car was jammed immovably against a tree, stuck in soft sand. He later conceding that his brain had stopped working for a moment. Again Ogier was later helped further by Evans, who voluntarily incurred a five minute early-arrival penalty. It allowed Ogier to recover a top ten position and start scoring some Drivers' championship points. Over at Citroen it was a grim rally. Breen was going strong until smoke entered the car on a stage. He finished the stage but when he was driving on the car erupted into fire and was destroyed. Meanwhile, both Breen's teammates, Mads Ostberg and Khalid Al Qassimi were forced to lose stages because of similar turbocharger problems AND team patron Al Qassimi was their highest scoring driver.

Behind this mayhem Hyundai driver Hayden Paddon was edging upwards, ending up the best none Toyota driver in third place, ahead of Suninen's Fiesta and Mikkelsen's Hyundai. Of the thirteen World Rally Cars which started the event, and after the private Fiesta WRC of Yazeed Al Rahji had also been destroyed by a fire which caused an enormous blaze across the landscape, the highest placed non manufacturer driver was the Skoda Fabia R5 of 45 year old veteran Henning Solberg, which ended the last stage in sixth place  only for the engine to fail and the crew pushed the car to the finish line. Skoda Motorsport driver Jan Kopecky finished seventh, gaining his fifth WRC2 victory out of five starts but his teammate Pontus Tidemand had to withdraw with chassis damage. Tidemand still has the outside chance of gaining his second WRC2 title but Skoda have not yet defined their entry plans for the rest of the season. In the final round of the FIA Junior World Rally Championship, in which drivers gained double points, eight drivers statistically had the chance of becoming champion. In the end the honours went to the Swede Emil Bergkvist ahead of fellow countryman Dennis Radstrom and the Frenchman Jean-Baptiste Franceschi.