Hyundai Motorsport has confirmed that Andreas Mikkelsen will join the team for the 2018 and 2019 seasons of the World Rally Championship. The Norwegian driver will compete in all rounds of the championship, in a Hyundai i20 Coupe WRC, co-driven by Anders Jæger. 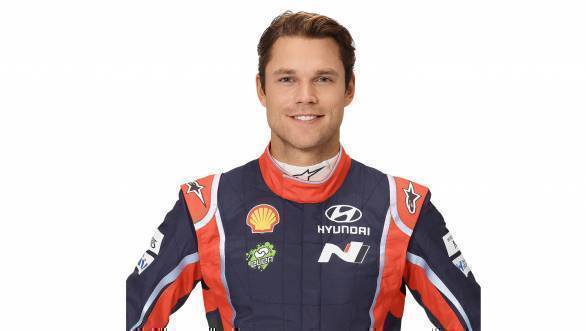 The team has also confirmed that their existing WRC crews -  Thierry Neuville/Nicolas Gilsoul, Dani Sordo/Marc Martí and Hayden Paddon/Seb Marshall will all retain their contracts for the 2018 season. However, it does appear that Mikkelsen and Neuville form the team's main line-up, with Sordo and Paddon sharing the third car.

Mikkelsen will make his debut with the team at the upcoming Rally Catalunya, having made a switch from the Citroen team. 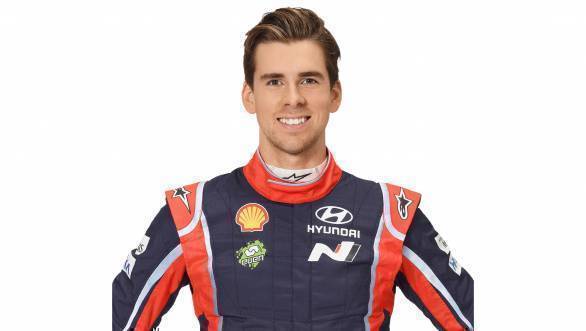 Anders Jæger will co-drive for Mikkelsen

Speaking of his contract with Hyundai, Mikkelsen stated, "I am delighted that Hyundai Motorsport has offered me the chance to return to the WRC with a full-time seat for 2018 and 2019. Even before my first rally with the team, I feel that I have settled in quickly, and it is clear to me that I am joining a world-class team with realistic chances of fighting for both Drivers' and Manufacturers' championships. I look forward to helping to achieve these goals from Rallye Monte-Carlo next year, and making my own presence felt in the drivers' title fight."

Meanwhile, Team Principal Michel Nandan said: "Andreas is one of those rally drivers who fits in quickly and just gets straight down to business. From the few times he has already been to visit the factory in Alzenau, his determination and professionalism have shone through. We are pleased to have him on board in a full-time capacity for two complete seasons. He has already had the chance to experience the Hyundai i20 Coupe WRC in testing, and has delivered us positive and useful feedback. He has also driven our i20 R5, which has further allowed him to integrate into all areas of our team. We can't wait to see him in action as a Hyundai Motorsport driver in the final three events of the season, into next year and beyond."