The inaugural season of the X1 Racing League has come to a close, with the final round held at the MMRT in Chennai, a week after the first round at the Buddh International Circuit, Delhi. With a total of seven races held over the course of the two rounds, Bangalore Racing Stars has emerged as the strongest team, edging out the Mumbai Falcons, having won four of the those races outright, with podium finishes in the others. While the winner of the team championship was announced via social media, we await the official points tally for the same, as well as the announcement of the drivers championship standings. 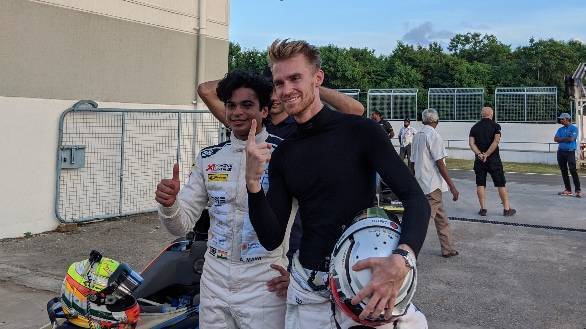 Coming back to the first race on Sunday, which had its fair share of drama even before the green flag went down, with two teams facing mechanical issues with their cars that forced a delay to qualifying itself. Both cars (of team Black Birds Hyderabad and Super Speed Chennai) seemed to suffer similar issues during the free practice sessions, with a clogged fuel filter forcing the cars to run at restricted performance levels. 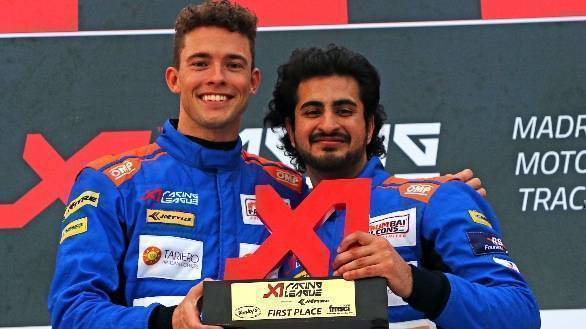 With a strong showing in qualifying, the Mumbai Falcons with Kush Maini and Mikkel Jensen in Car 1 seemed set to take the first victory of the day, but a drive through penalty served due to a jump start, pushed the team down to second. The Bangalore Racing Stars team took victory, with Arjun Maini and Oliver James Webb sharing driving duties during the race. In third place was the Black Birds Hyderabad car driven by Vitantonio Luizzi and Gosia Rdest. Concern over the age of the cars, formerly used in the JK FB02 championship from 2011-2018, would prove to be justified, with half the total grid of 12 cars retiring after Race 1 with mechanical issues, leaving each team with just one car running, essentially putting half the drivers off the grid as well. 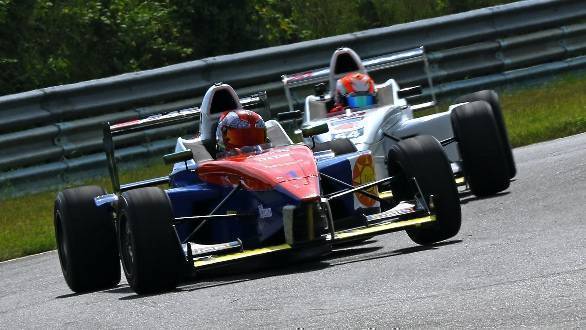 With a reverse grid format, Race 2 saw the back of the pack from Race 1 line up on the front rows. The AD Racing Delhi team took pole with Gaurav Gill at the helm in Car 16, followed by the Bangalore Racing Stars Car 7 and DG Races Ahmedabad Car 45. The Mumbai Falcons Car 1 with Kush Maini at the wheel managed to overtake Gill midway through the race, after starting down the grid. Maini opened out a sizable lead that held good even after the driver change, where the car was hit by the DG Races Ahmedabad car (Krishnaraaj Mahadik/Chittesh Mandody) caused by an error on the part of the DG team official. The Mumbai Falcons team (Kush Maini/Mikkel Jensen) finished in first, followed by AD Racing Delhi (Gaurav Gill/Raghul Rangasamy) with the Bangalore Racing Stars (Arjun Maini/Oliver James Webb) in third.

A potential major draw of the X1 Racing Series, the relay format was meant to be applied to Race 3. But with half the grid missing, the teams and organiser came to the agreement that the race would be run with a driver swap, and would carry double the points awarded. The starting order for the race was decided according to the fastest lap times set in Race 1. Again, the race was dominated by the Mumbai team (Kush Maini/Mikkel Jensen) with Bangalore (Arjun Maini/Oliver James Webb) in second, and the Hyderabad team (Vitantonio Luzzi/Akhil Rabindra) in third.