With more points in common than differences to tell them apart, it seems fitting that the refreshed 2014 BMW M5 and the new 2014 M6 Gran Coupe share space in this thousand plus horsepower test. Big power and lots of torque should allow some serious tarmac bashing and some record shattering numbers on our performance runs. 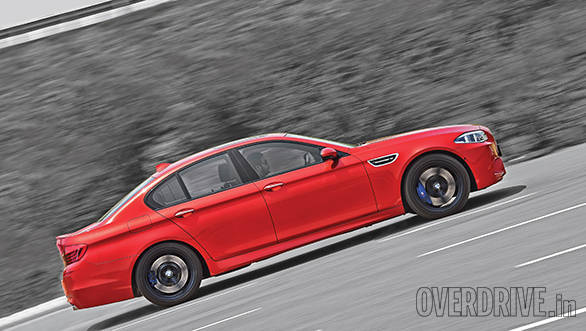 It would take a connoisseur's eye to pick out the changes made to the outside of the updated 2014 M5. The kidney grille now receives a dual slat treatment similar to the 5 Series and a dash of chrome. The headlight design is simpler and you can now choose adaptive LED headlamps from the options list. The tail lights too have received a minor change in their design but truth be told, only a rear to rear comparison with its predecessor would bring this out. The F10 M5 still retains its squat, athletic look that has defined this generation of this powerhouse of a sedan. 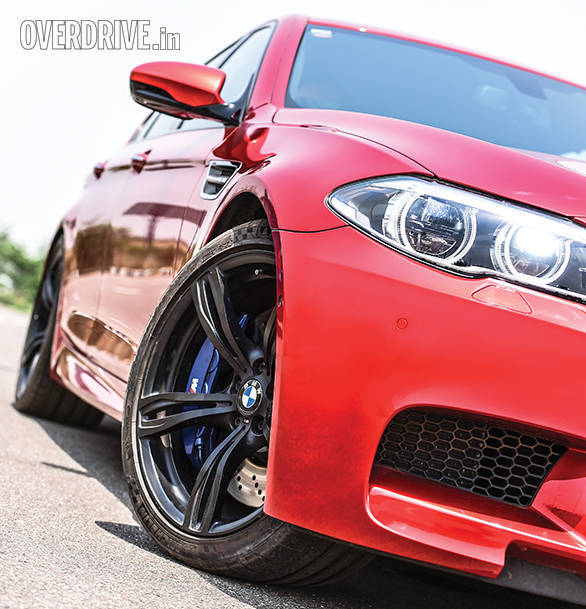 These beautiful 20-inch wheels are from the options bin

The M6 Gran Coupe paints a similar silhouette to its sibling but manages to bring a certain elegance to the table, something that's missing in the rather butch M5. The low sloping roof line gives the impression that it's a long car and though it is 10cm longer than the M5, in the flesh, it looks longer still. The lines of the car also come off looking a little sharper while the carbon-fibre roof adds a little bit of 'tuner' flair to the package. I love the way they both subtly stand out with their loud paint jobs, quad exhaust pipes, fat rubber and deep exhaust burble on the move. 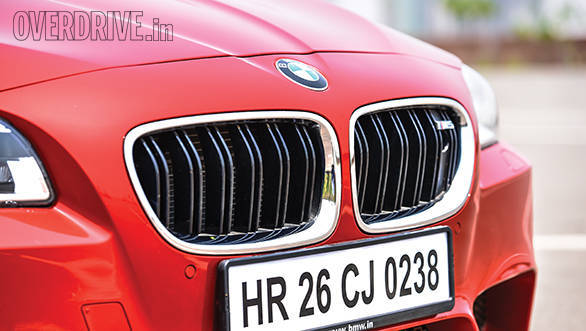 The interiors feature all the plush materials you'd expect from a luxury brand and still sport the basic layout of the regular corresponding numbered series cars. That is, of course, with the exception of the leather sports seats that can be tailored to fit like a glove. 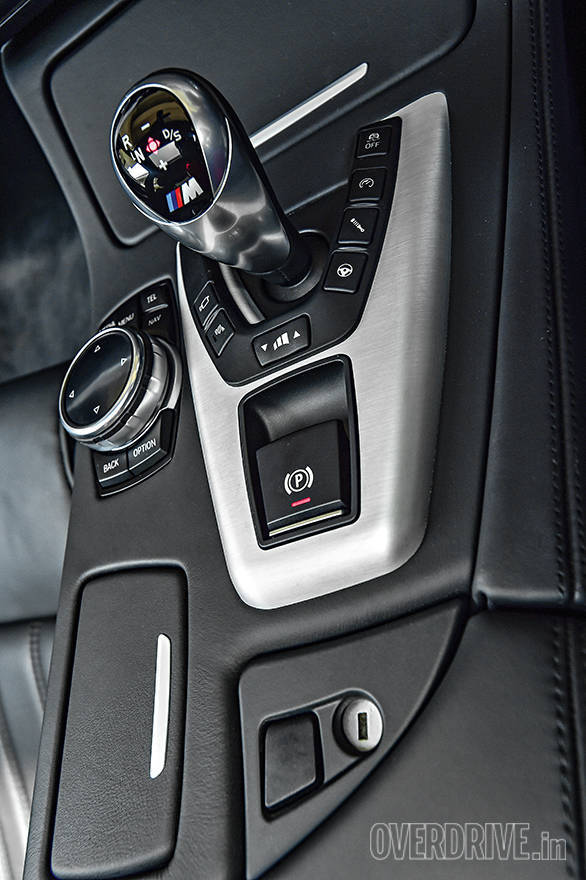 The M5 now shares the steering wheel with the M6 and both wheels now have two M Drive buttons that store two of your favourite mixes of suspension, engine, steering and gearbox settings. In addition to all of these 'go-faster' necessities, you still get most of the creature comforts you'd expect in any luxury sedan. 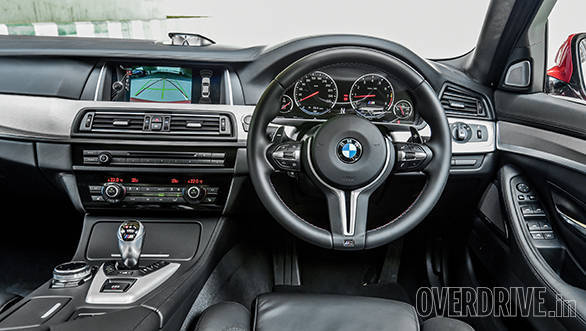 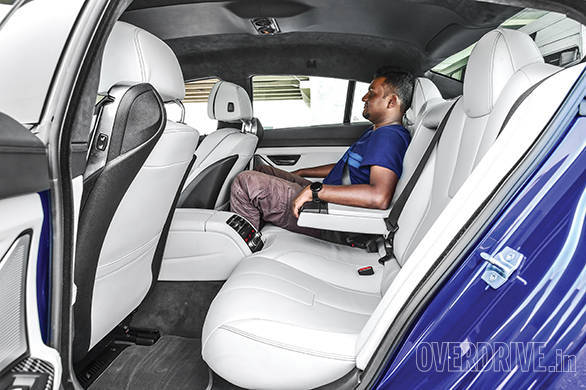 The M5 does a better job of packaging rear seat passengers in its larger vertical dimensions than the sleeker sloping roof allows the Gran Coupe. But the M6 cabin has a little more flair with lovely carbon fibre accents on the dash and a cool two tone leather roof liner. 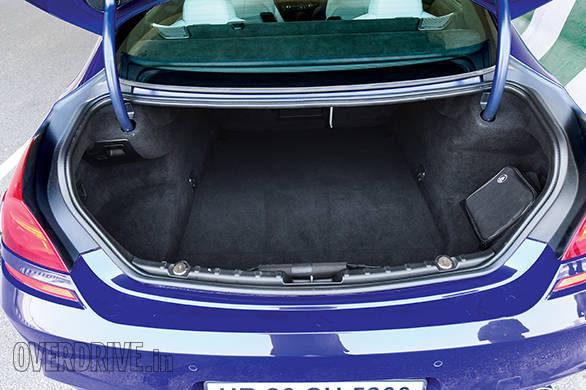 This sportscar comes with 460 litres of luggage space

Both the M5 and the M6 Gran Coupe run the 4.4-litre twin-turbo V8 engine from the last M5 and folks at BMW's motorsport division have managed to wring out 8PS more from the tune, taking the peak output to 560 horses at full throttle. Torque hasn't increased but it's still a tarmac tearing 680Nm, peaking at just 1,500rpm. So stepping on the accelerator in full power Sport Plus mode is like punching yourself in the gut as nearly two tones of German motorcar tries to hop out from under you. You also really start to appreciate the value of headrests when they're saving you from some serious, self inflicted whiplash.

While there was some hue and cry from purists about the switch from naturally aspirated V10 power to the turbos, I found no issues with the way this V8 made power. The M TwinPower turbo technology is so good that the 'lag' or the time between your foot requesting power and it actually reaching the driven wheels is negligible. There is also a monstrous dollop of torque available from 1,500rpm to 5,750rpm that makes gear changes fairly optional.

Both the M5 and M6 Gran Coupe feature a host of driving modes that can adjust the variable-ratio steering, the speed of the M double clutch transmission shifts, the power delivery and the stiffness of the adaptive suspension to your liking. For filtering through the Delhi traffic, I found Efficiency and Comfort modes the best options though I liked keeping the steering in Sport Plus mode, as I preferred the extra weight and feel from this setting. I also preferred to leave the 7-speed gearbox in the middle mode everywhere except when performance testing as the harsh changes from the fastest shifts are a little too harsh in my book. 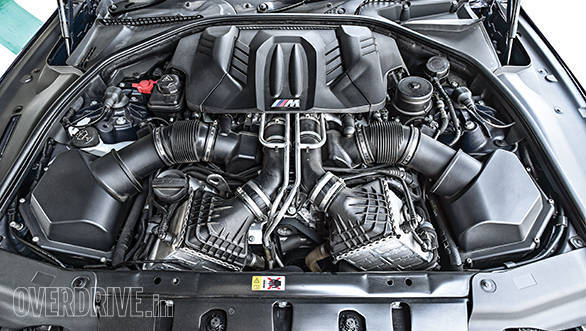 The same 4.4-litre twin turbo unit features in both cars

Toggle up all the dials to Sport Plus and floor the pedal and both cars should accelerate to the ton in blistering sub 5-second runs with launch control. We've struggled with BMW M's launch control system. It has a long list of pre-conditions - car must be warmed up, DSC off, precise drive and sequential mode selected, brake pressed gently (not hard!) and so forth. Then it has a long list of things to do - press the selector forward and wait for a chequered flag to appear. If it doesn't, check preconditions and try it again... It's baffling why the process is so complex and why it has to come with 8,000 warnings - Porsche's PDK, for instance, requires no gymnastics and you can launch control yourself all day and not have the car feel any worse.

In any case, like every other time, after a number of attempts to coax the M5 (and then the M6) into launch control mode, we gave up. We managed a respectable 5.3 seconds in the M5 and 5.1 seconds in the M6, roughly one second off their claimed timings and still super fast. We had managed a 4.8-second run in the previous generation M5 with launch control engaged on some low grip tarmac so the claimed figures do seem achievable. Both cars have been restricted to a top speed of 250kmph and that's plenty fast for a road car. There is also the option of a Competition Package that adds a further 15PS and increases top speed to 305kmph but that box hadn't been ticked on the car we were testing.

One of the reasons for switching to turbo charging was efficiency and emissions and while these numbers are probably not going to affect your decision to buy either one of these cars here are some numbers from our test. The M5 was slightly more efficient returning an overall figure of 5.6kmpl while the M6 Gran Coupe returned 5.42kmpl.

In a 1120 horsepower test involving just two cars, you'd expect the cars to get some stick in the ride quality department but not so with these two beauties. And it's all down to those the M Dynamic Damper control adaptive suspension - it really does change the ways the cars behave. It makes both the M5 and M6 Gran Coupe' fairly pliant when the roads are rough and at just the press of one of the M Drive buttons on the steering wheel, they are transformed into super firm corner carvers. It's definitely not comparable to the comfort of the regular 5 or 6 Series cars but for this kind of performance potential, they do surprise you with how comfortable they can be. 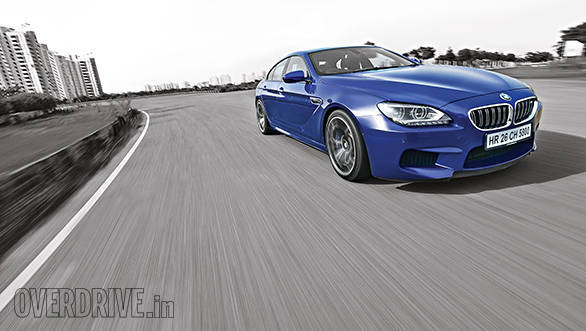 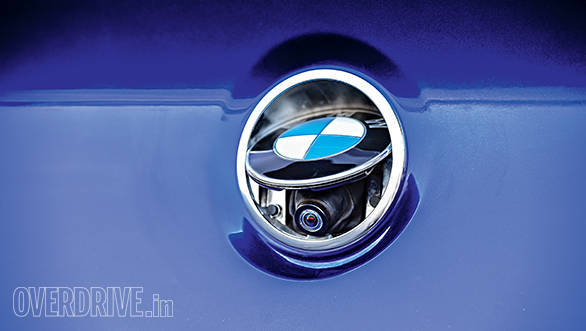 Turn up all the options to full manic mode and active rear differential, dynamic dampers, the new for 2014 stiffer stabilizer setup transforms both sedans into super responsive tight corner carvers with instant go. With traction control on every thing remains fairly composed though you get both cars to wiggle their tails out of corners. Dare to switch traction off and both cars will spin up almost everywhere at any speed leaving long black lines on the tarmac. 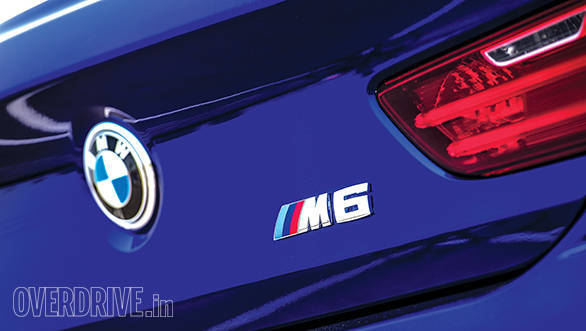 One thing that these two sedans have received some stick for is their weight and before I go on I must add that my observation is slightly coloured by having also experienced the far lighter M3 and M4 in one hedonistic weekend. They both weigh in at close to two tonnes but the great suspension setup and the massive amounts of torque on tap mean that in normal driving, you'd never realise this. It's only when you push them to close to their limits that you start to feel some of the weight, both through corners and when bringing the cars to a stop from speed.

This has to count as one of my most memorable weekends ever and if the world spun in a different direction, I'd have either one of these monsters in my garage, if only to drive my neighbours mad with full throttle, tyre smoking getaways every time I left home. 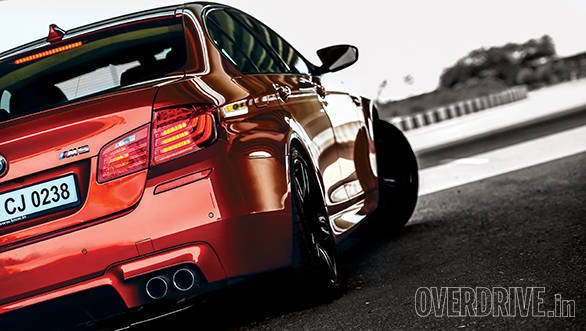 They both pack more than enough performance for any situation and can also happily double as daily sedans. If I had to pick a favourite, I'd have to say the lower, slicker looking M6 ticks all the boxes for me. 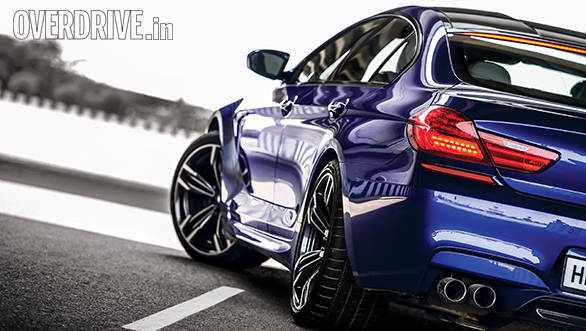 But then you come to price  the M5 retails for just under Rs 1.81 crore on-road Mumbai with the least boxes ticked while the M6 retails for Rs 2.34 crore and change. The difference is a whopping Rs 53.5 lakh and is certainly a factor. The M5 offers the same performance, is only a tad slower to the ton and is better suited to carrying four passengers. It's also a 'cheaper than' option in BMW's M stables now. The M6 can brag that it's the faster and the better looking of the two and in its circles, the price difference may actually lend the M6 Gran Coupe a certain exclusivity that some people might think makes it worth the premium.