Things are changing and across the globe people are realizing that the sharper end of the litre class superbikes have become a little too sharp. They are now so track focused that they are perfectly at home on the track and need adjustments like power modes, softer suspension settings and traction control to be more amiable street motorcycles. Manufactures have found that there exists a market for sports motorcycles that are built to excel on the street with a more do-it-all attitude than the current built-to-win (championships) litre class superbikes. Something that is rewarding on a winding road, comfortable for a long ride and with enough performance in the bag to keep you interested. Kawasaki's answer to this need is the Ninja 1000. With 142PS on tap, comfortable ergonomics and traction control thrown in for good measure this promises to be a very interesting package. 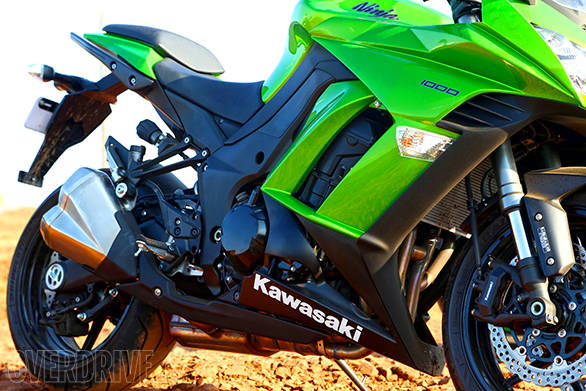 Kawasaki has adopted one of the most aggressive design languages in the industry for their current crop of motorcycles and the Ninja 1000 is no exception. While it doesn't sport the alien-like looks of the Z1000, it's still quite an aggressive looking motorcycle. The mean twin headlamps and floating windscreen draw some inspiration from the ZX-10R while the lack of low clip-ons mean that the Ninja 1000's fairing can blend into the tank for a cleaner look. The wide tank curves sharply inwards and becomes ever so slim near the seat allowing you to really tuck yourself into the motorcycle. The tail section is compact but still manages to sport a fairly comfortable pillion seat while the fabulous quad exhausts add another eye catching element at stop lights. 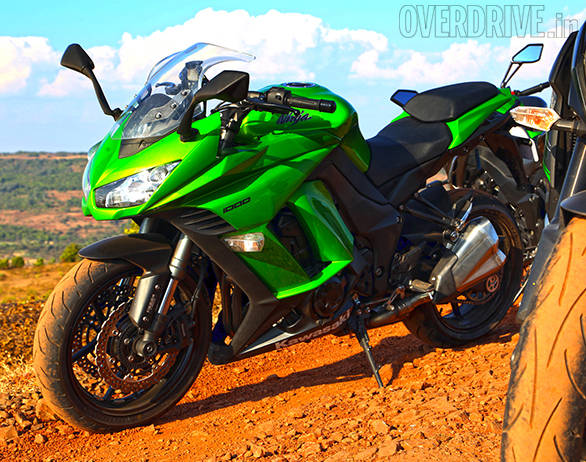 Powering the Ninja 1000 is a 1043cc in-line four cylinder evolution of the old ZX-9R engine. Over the years it's been refined and tweaked and in 2010 it was stroked to its current capacity to boost the low end torque even further. It now makes 142PS at 10,000prm and 111Nm of torque at 7300rpm. For the 2014 model it has been further tuned for a crisper throttle response and the intake system has also been optimized to give a throatier roar when you twist the throttle. Kawasaki have also equipped the Ninja 1000 with two power modes; one that gives full power and the other that cuts power to approximately 75  80 percent, useful in the wet or when riding in traffic. It also comes equipped with the highly acclaimed KTRC or Kawasaki Traction Control. Of all the different traction control systems from manufactures available today, the Kawasaki system is loved for being the unsung hero of the day  it's there, working hard to save your skin but you'll never know it. Just the way we like it. 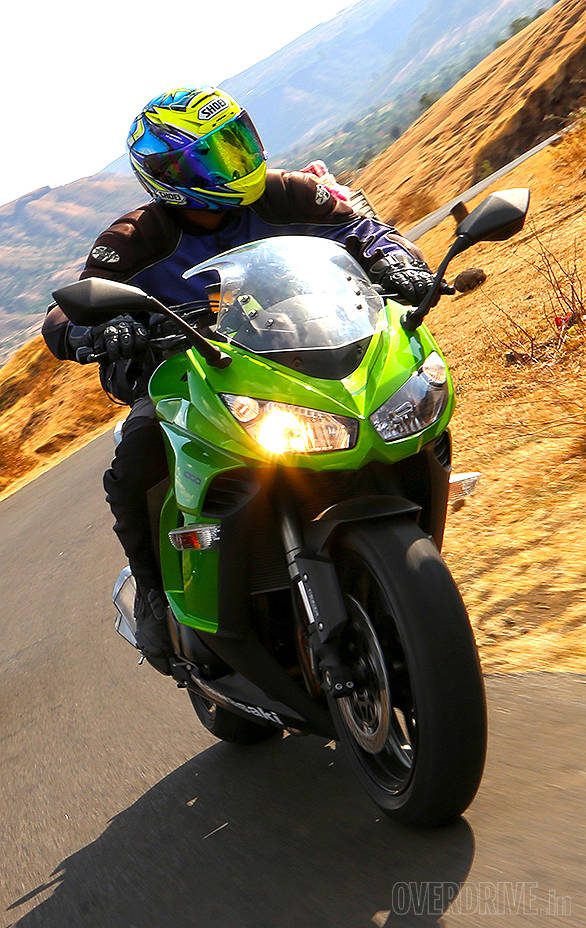 The benefits of utilizing a different platform from the superbike are immediately evident as soon as you set off. 140PS is a lot of power but the throttle response is so sweet that you're immediately comfortable with the control your right wrist has over the motorcycle. As the pace increases the power delivery stays linear with a strong surge over 7000rpm to keep you interested, but nothing like the rush from the ZX-10R that leaves you needing a new set of boxers at the end of the ride. The gearing is also tuned for the street and is quite short. So much that you can actually leave the motorcycle in 6th and it will happily pull cleanly from 40kmph to over 200kmph in no time. 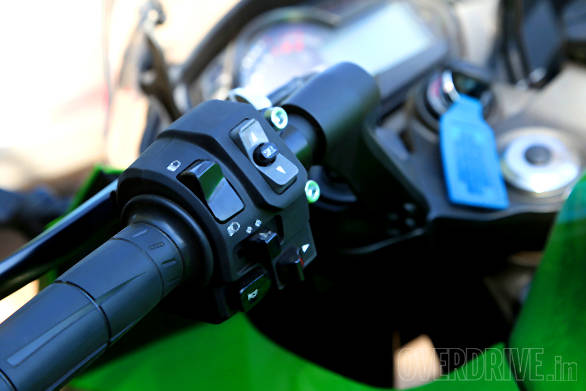 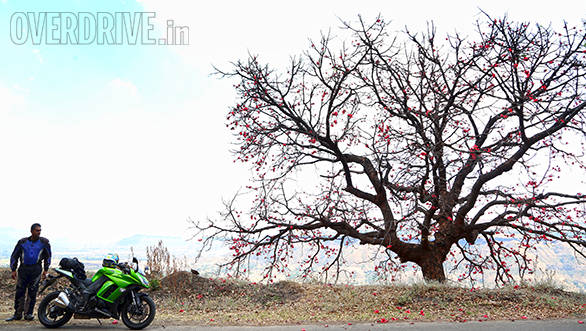 The ride quality is good for a large, sporty motorcycle and in town it was quite pleasant. Out on the highway it was happy to ride over potholes and sharp surface change edges without being too uncomfortable. At 230kgs it's not exactly light on paper but on the move it's no biggie. The bucketfuls of torque and long wheelbase make for a stable platform that's easy to maneuver. It's even happy to be chucked into corners though not quite adept at weaving through traffic. It's still a sports motorcycle that likes corners so while there is a little compliance cleverly built into the first few inches of suspension travel, the overall ride quality is on the firm side. The three-way adjustable fairing does a good job of deflecting a good portion of the wind away from your head and shoulders but it does require a bit of a crouch and on the whole it's a great blend between a comfortable sports tourer and a full blown sports bike. 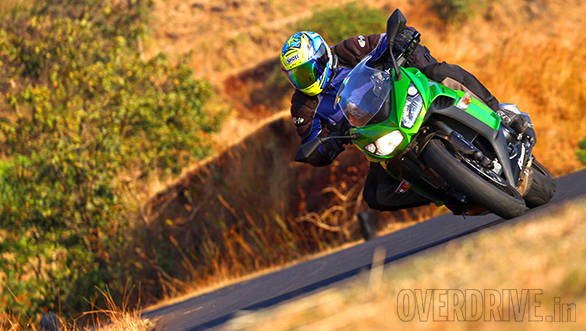 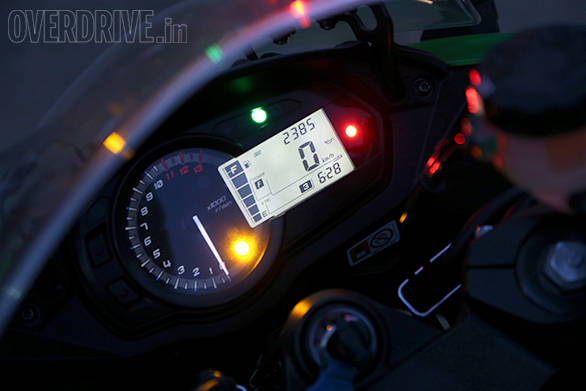 Clean, legible meters are the order of the day

At 13.82 lakh on-road in Pune, it's the same price as the hardcore Z1000. And while the Z1000 certainly has it beat in the looks department, the Ninja with its more civilized ride quality, long distance ability and the safety of traction control is certainly a more practical motorcycle in an Indian context. For a full ride experience and comparo between its two CBU siblings pick up an OVERDRIVE April issue that's out on stands now.