A 1000km drive to my hometown Bangalore was purely for this! The Rs 6 crore Lamborghini Aventador Roadster. So why did we end up here? Well, there are just two topless Aventadors in India and both of them call Bangalore home. Also, we needed an excuse to drive 2000km in the Audi RS 7, eat some yummy Andhra biryani and Varun's favourite South Indian style chicken kabab that you only get here in namma Bengaluru. I know the city inside out. After all I grew up here. But with more one-ways and speed breakers than any other city, driving a Lamborghini here isn't a very smart idea. 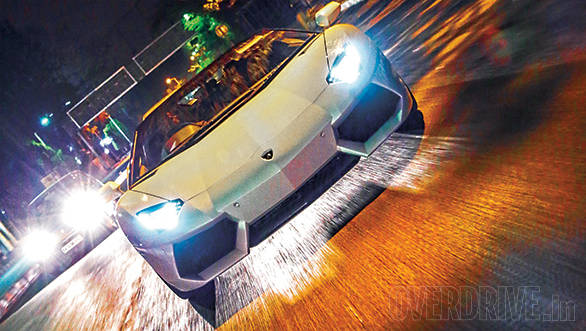 But here we are, driving around the heart of the city, on MG Road and Cubbon Road where I used to cycle in my school shorts. The Aventador is a piece of motive art, but sharp and full of aggression like a weapon of mass distraction. It's sharper than its coupe sibling and is unlike any other supercar ever seen on Indian roads. Even at 2am, there are people following us for hours just to get a close glimpse of the Roadster. But it's a roadster, what's the point of driving the car with its roof closed? Well the roof, unlike other roadsters, doesn't open and close by the push of a button. So I stop the car, open the scissor doors, and manually begin to disassemble it. It is a fairly easy process, one needs to slide the seat ahead first and pull a latch placed behind to release the split roof, all you do next is place the two carbon fibre panels (each weighing 6kg) in a particular order under the hood. This robs luggage space (keep in mind the engine sits at the back) since the roof occupies the space entirely. Assembling the roof however takes slightly more time since one needs to align them perfectly with the mounting points. And if one still has enough patience ( I didn't ), you can even manually install a wind stopper at the edge of the windshield when the roof is down. 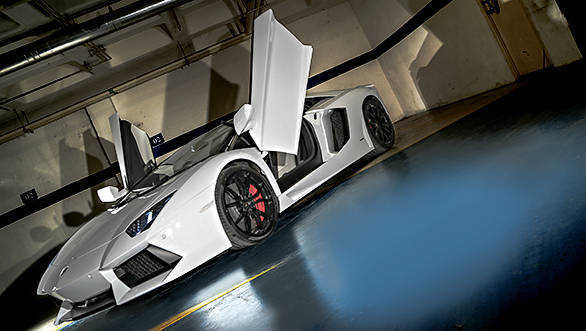 In the time it took to take off the roof, a mob surrounded me. I've never seen so many people surrounding a car before; some even dangerously stopped their cars in the middle of the road to see what's happening. To avoid being the cause of a traffic jam I had to get out of there. Even in Strada mode, the most comfort oriented driving mode in the Lambo, I still lost them with ease.
Some may think the Roadster is just an Aventador Coupe with a chopped roof but driving without it is an entirely different feeling  the engine is louder and the sense of speed, much higher. And if you want to feel like you're seated in the engine bay, all you need to do is press a button next to the steering wheel to operate a retractable rear window located just behind your ears. It blocks the wind noise and sharpens the engine note. But when retracted the V12 soundtrack is a billion decibels louder.

Without the roof, the fighter jet inspired cockpit is exposed for everyone to see. The massive centre console holds a lot of buttons that operate unlike anything else. It does take time getting used to but I liked the fact that there was so much to do inside the car. The only difference between the coupe and the roadster in here is the leather upholstery but even that is a customisable option. 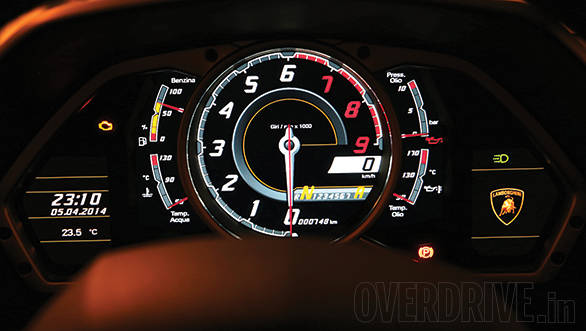 TFT display is super clear and as edgy as the exterior 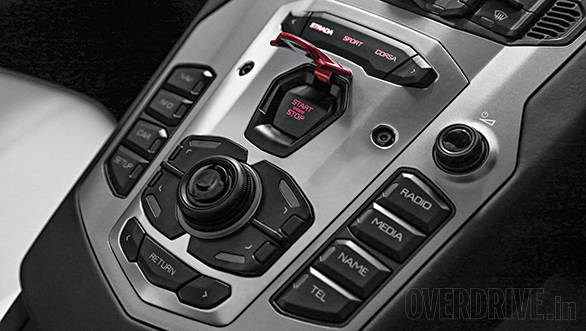 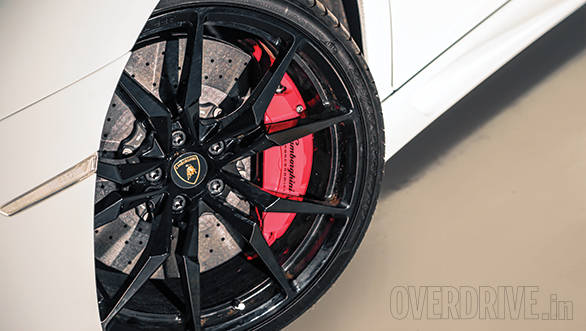 Back to driving, visibility isn't like a regular car. You need to pay more attention while driving, especially in town because you sit a lot lower. A few bikers were riding uncomfortably close but eventually I got the hang of driving circles around them too. The single-clutch automatic gearbox surprisingly doesn't offer smooth shifts while the throttle needs a lot more input than normal to get the car to start moving. And did I mention the pedals are slightly offset? It feels like Lamborghini have made the initial experience of driving the Aventador slightly crude and tight on purpose, but this is because the car was originally designed as a left hand drive model and then modified for right hand drive markets . Nonetheless on the move it's effortles to drive.

Similar to last year's updated Coupe, the V12 in the Roadster features cylinder deactivation technology, so at slower speeds or during light throttle, one bank of cylinders is cut off and the engine becomes a smooth inline-six. And since Lamborghini have always offered naturally aspirated engines and never ventured into adding forced induction or hybrid technology, cylinder deactivation and start/stop function is the only way to improve fuel efficiency. Just like the Coupe, the 60-degree V12 in the Roadster puts out 700PS at 8250rpm while 690Nm of peak torque is available at 5500rpm. 0 to 100kmph comes up in just three seconds (claimed and 0.1seconds slower to the Coupe) but driving in town, we never got the opportunity to even get close to making full use of the V12 or even get close to the 8000rpm redline. The motor and pushrod suspension are exposed in parts under the backbone-like engine cover that has a pair of hexagonal windows. Later, we chose to shoot in a basement to avoid all the attention and I spent time just looking at the various geometrical shapes and details around the car. The original Aventador was sculpted after chief designer Filippo Perini drew inspiration from the F-22 Raptor and the B-2 stealth bomber.
While Lamborghini has delivered over 1,250 Aventadors around the world, proving that the car is a huge success, India only has a handful and the Roadster is even rarer  only two have found a home in India. Lamborghini claims that this supercar is the ultimate expession of open-air driving, we don't disagree. The car costs a bomb but if you have Rs 6 crore and want a car that draws plenty of eyeballs and don't mind waiting 22 months, you can own the most extraordinary Lamborghini ever.