The 2014 Mercedes Benz GL-Class has been doing rather well in India. But it isn't as visually appealing as the limited launch edition that sold out within days of its introduction and continues to turn heads everywhere thanks to the sportier AMG body panels.

This has prompted Mercedes-Benz to introduce a more aggressive GL-Class - the GL63 AMG - in India on April 15. It features the same bodywork as the launch edition  big bumpers bearing large air dams and aero scoops and the AMG alloys. But the aggression isn't restricted to the exterior design alone. 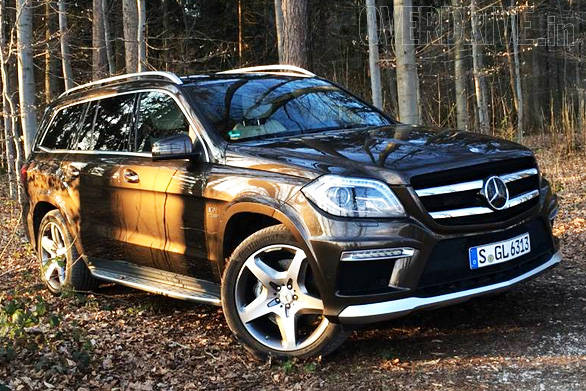 The GL63 and the V8 Biturbo monograms point at the 5.5-litre twin-turbo V8 engine under the hood. A big heart like that in a luxury SUV may sound absurd at first, but once you get behind the wheel you won't stop grinning.

The engine comes to life with a rumble. Purists may still prefer the roar of a naturally aspirated AMG V8, but the twin-turbocharged unit sounds great too. It definitely doesn't sound like a pair of wheezing lungs in the BMW M5.

It is mated to a seven-speed, dual-clutch, Speedshift Plus gearbox that is quicker than its 7G-TRONIC counterpart from the regular GL-Class. It matches revs every time you downshift, and enhances the soundtrack into something like a series of firecracker explosions in the exhaust system. We are certainly not complaining. 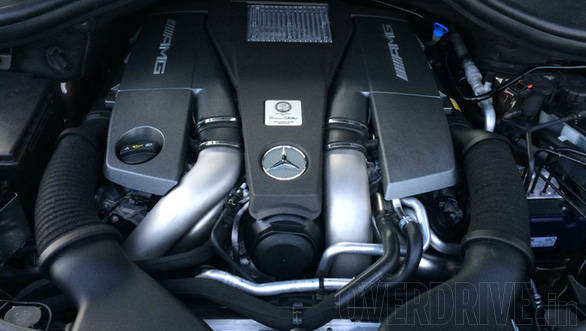 The V8 puts out 557PS of power and 760Nm of torque, which helps this mammoth charge from standstill to 100 kmph in 4.9 seconds

The V8 puts out 557PS of power and 760Nm of torque, which helps this mammoth charge from standstill to 100kmph in 4.9 seconds. While this makes the SUV fun to drive,  the 2.5-tonne monstrosity could be quite intimidating to an onlooker.

The GL63 AMG makes its weight evident when tackling bends. There is a fair bit of body roll even under Sport mode, but with all the electronic trickery backing it up, it manages to remain in control even when you are pushing the vehicle hard around corners. Another gripe is the electrically assisted steering system, which lacks feedback. It weighs up well when at speed or in sport mode, but lacks the precision of something like the CLS63 AMG. 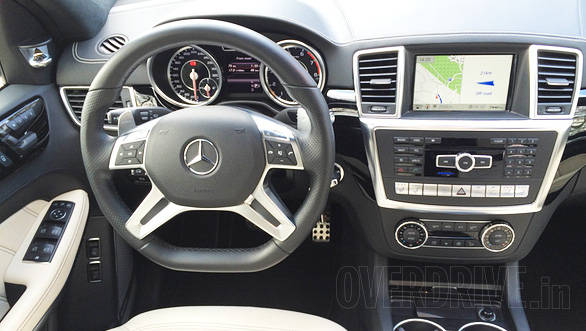 Though we haven't put the GL63 through a road test yet, I can tell you that the AMG brakes, comprising 390mm and 345mm ventilated discs (front & rear), are quite effective. There is a fair bit of nosedive though. We sampled the vehicle on some German B-roads, which weren't too harsh, the ride was composed. But on the Indian roads it will get choppy  especially with low-profile tyres. Therefore, smooth highways are what you'll prefer with this SUV. 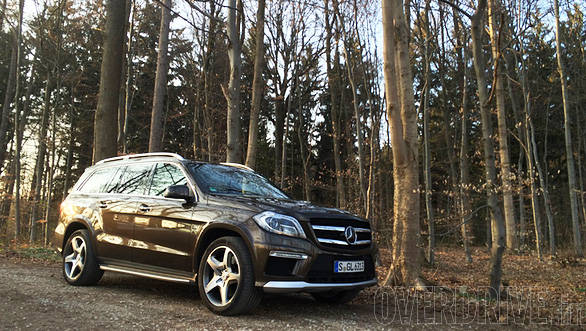 Once you gauge the body roll and the steering, putting the SUV through its paces around the twisties isn't unnerving

The GL63 isn't only about straight-line speed. Once you gauge the body roll and the steering, putting the SUV through its paces around the twisties isn't unnerving. But its true purpose is to carry up to seven people in luxury, haul their luggage without breaking a sweat and do it with a sense of authority and power befitting a Mercedes-Benz GL63 AMG. The power figures may be outlandish, but they are definitely good for your ego.