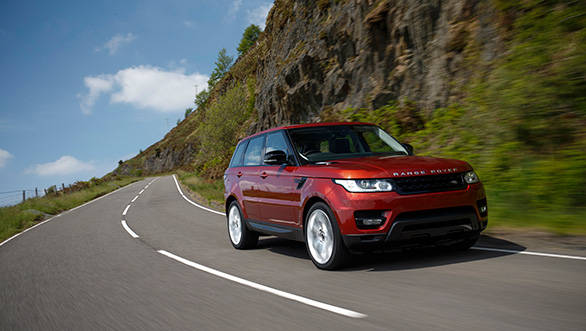 To answer the questions above there are some gains and some losses, without it you wouldn't be getting a vehicle that is different from both the Range Rover and the Evoque in several ways. First off though the commonalities. The Sport is based on the Range Rover platform so the aluminum architecture that headlined the Range Rover is the foundation stone of the Sport as well.The chassis and the body panels are all aluminum which means this is a substantially lighter SUV than before, it has lost up to 500 kilos compared to its predecessor. Its dimensions have also changed and it has a longer wheelbase than the outgoing model, it's also longer and wider and has a lower ground clearance.

But it has not just gotten lighter it also gets a well toned look that makes it appear leaner and yes better than the Range Rover and even the Evoque overall. The front face is the one area that has changed the most, new grille, new bumper and a slightly reprofiled hood give it a unique character. The headlamps are the only bits carried forward from the Range Rover and everything else you see is new. Move to the side profile and you will notice absence of those shark fin vents that was a signature Range Rover definition. Instead you will see a much smaller vent but if you have a keen eye you will notice a well defined shoulder, waistline and a dynamic side skirt. The intention here is to give the Sport a sense of motion, it had to look dynamic and just those three lines clearly achieve this. 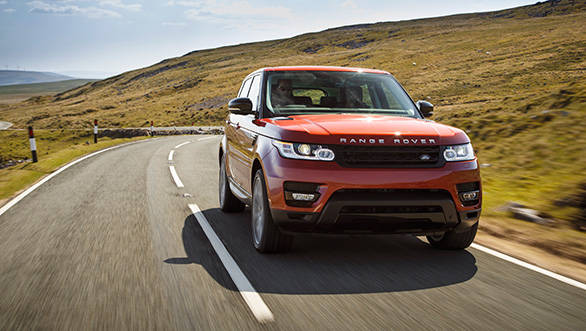 Now if you take a long hard look at the side profile what you will also notice is how the roof line slopes down towards the rear. This among other design traits is derived from the Evoque. It makes the rear window area look narrower, it also makes the Sport look longer and slimmer than the Range Rover even though it is not. 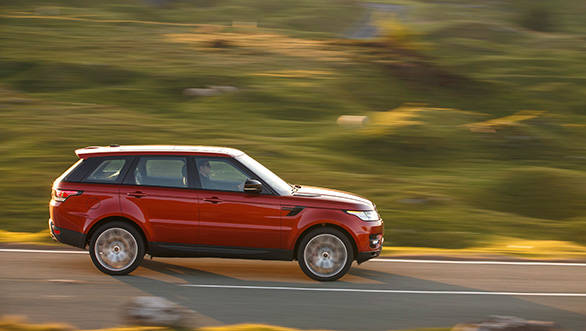 The most significant change however is to the rear of the Sport where everything is almost new. The roof protruding out in a spoiler like effect, the slimmer tail lamps, the reprofiled hatch and even the chunkier rear bumper are all new. The rear hatch isn't a split tailgate variety and that's one critical difference the Sport has from the Range Rover. 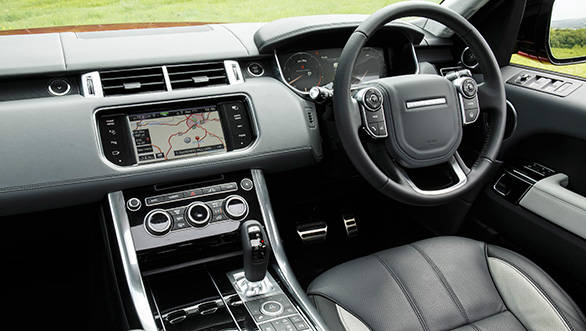 Step into the cabin of the Range Rover Sport and what you see is a cabin identical to the Range Rover, although the material quality though rich and luxurious does not seem as opulent. This cabin seats seven with a third row of seats that can be electronically motored out of the boot. The cars we drove did not possess the third row seats even though at the time of sale this will be standard equipment, so I can't tell you much about how the space is like. In the second row, however, you can seat three comfortably if needed and there is sufficient head room despite the receding roof line making this a fairly spacious cabin to be in.

From the design angle it does possess the necessary visual aids to complement the Sport brand extension. But is the driving feel just as complementary? To put it simply there is only one variant that is true to the Sport tag and that is the one where you get the supercharged V8 petrol. It's coming to India along with the V6 diesel which for obvious reasons will be the more popular choice. 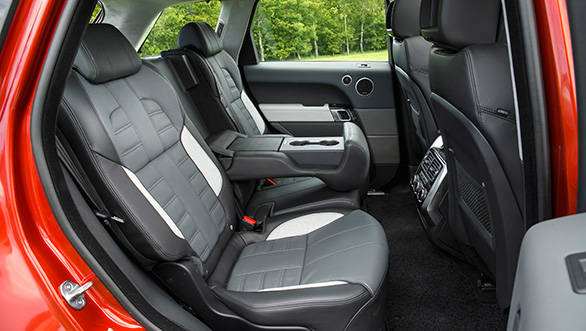 Seats are designed for comfort, yet offer good support

The V8 petrol gives you the performance worthy of anything deemed Sport. 510PS of max power and 625Nm of max torque is just what you need especially if the vehicle in question still weighs around 2.2 tonnes despite all the weight loss claims. It allows the Sport to accelerate to 100kmph in just 5.4 seconds which isn't sports car territory performance but nonetheless it's still scarily thrilling in a vehicle this large.

This V8 though provides you with the right sense of drama, you want firepower and the accompanying shot of thunder. You want backbone bending acceleration and blurry peripheral vision and the supercharged V8 provides all that. Use the throttle generously and you get rewarded handsomely with a magnificent engine and exhaust note. The acceleration is sharp and it's just what you want any vehicle titled Sport to feel like. 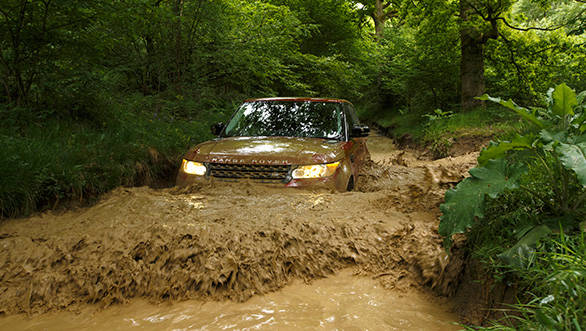 Then there is the diesel dubbed the SDV6 and while 600Nm is definitely enormous the 292PS max power isn't a headliner. This V6 engine is principally there to provide a more efficient solution to the Range Rover Sport. It isn't there to satiate your performance needs and so it will not give you the orgasm the supercharged V8 petrol is capable of. Expect it to hit the ton in under seven seconds, but more importantly emissions are down 13 per cent while efficiency is up 14 per cent.

Where handling is concerned though the Range Rover Sport isn't all that sharp. You sense the enormous body roll and the suspension lacks the sort of stiffness you want for a heightened sense of dynamics. It's not an SUV that you'd be perfectly at ease with on a racetrack. That, however, does not dilute its capabilities on road. The Sport is still a very capable SUV and much better than the Range Rover when you push it through corners. It's equally stable and composed at high speeds which is partly a result of its all wheel drivetrain. The steering is light and precise but the electronic assistance leaves it devoid of any feedback. To put it in perspective though there are much better handling SUVs out there especially from the BMW, Jeep and Porsche stables. 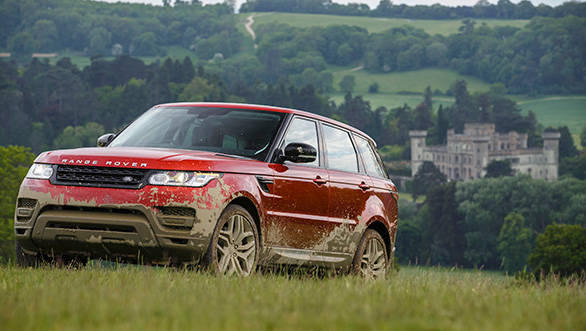 Having said that what makes the difference is the ride quality. The Sport carries on the brilliant ride and comfort arrangement of the Range Rover. The suspension stiffness isn't enough to offset what is otherwise a brilliant ride package. The adaptive suspension in fact does a much better job at offering comfort that is clearly superior to its handling abilities.

Where the Range Rover Sport has no comparison is when it goes off-road. It has the same off-road package that we first saw in the Range Rover which includes the new Terrain Response 2 system which offers an automatic mode selector. Essentially you need no longer be a professional at off road driving and you can easily let the Range Rover Sport take you through some terrifically exciting terrain without you or it breaking into a sweat. 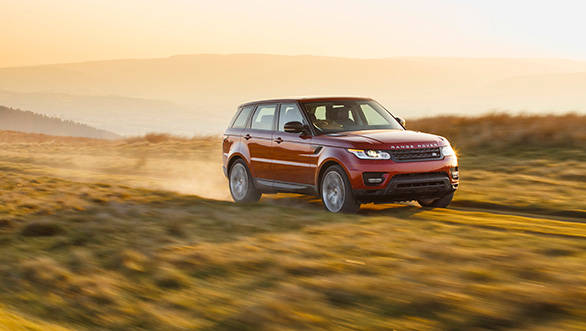