Why did BMW launch the updated 3 Series just days before the Auto Expo and not at the most prestigious Indian automotive event? Was it because the all-new A4 was to be exhibited? Or was it because the new kid on the block, the XE, was making its Indian debut at the Expo? The answer probably is that BMW did not want the news of it's updated 3 Series to get lost in the Expo buzz. It is easy to see why, because at a glance, the refreshed 3 looks like a mere facelift. But there is more to it than just the new body work. 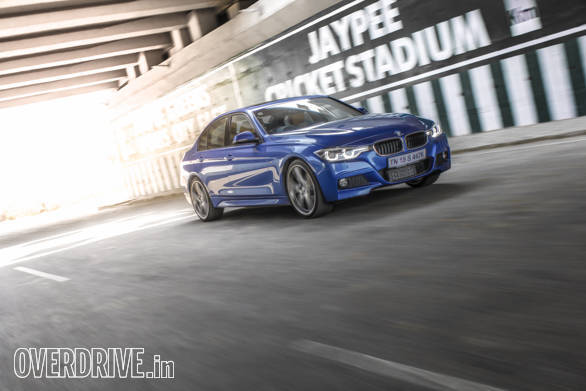 For starters, there is the gorgeous new M Sport package, which lets you have the racy Estoril Blue shade (darker than the M3's Yas Marina Blue and lighter than the Monte Carlo Blue on the M5). It also comes with the 18-inch alloys shod with 225/45-section low-profile rubber. The bumpers and grille are different too and that bit of bodywork is variable across the range depending on the trim you choose. What remains common though is the new design for the tail lights and the new headlights which finally get LED lamps, LED DRLs and fog lamps as a standard fitment across the range. 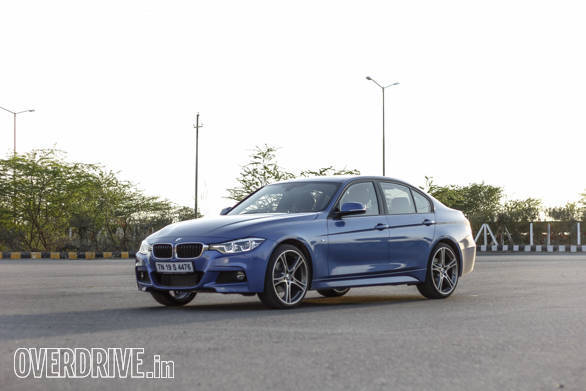 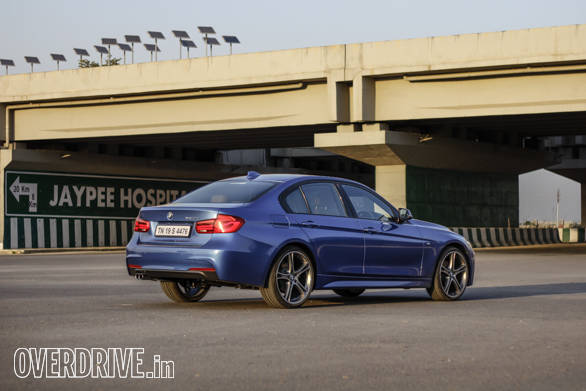 The current 3 Series with its plain vanilla headlamps and lack of the trademark corona rings on the lower trims will make most customers feel shortchanged. The model change addresses that problem. The M Sport package also adds the 'M' badges on the wheels and fenders and my keen audience was already wondering why there was no grunting exhaust note to go with it. But you get the point, the M Sport package makes the 3 Series appear as sporty as possible and tastefully so and that should attract prospective customers who aren't as performance hungry. 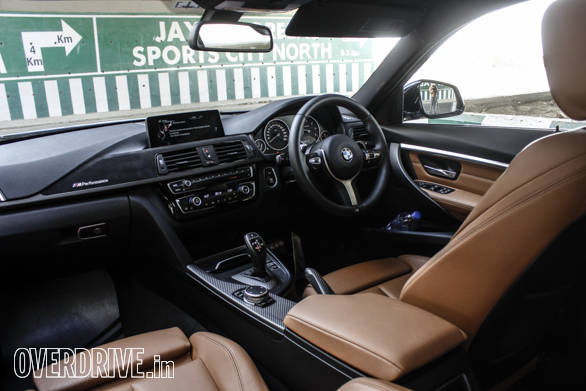 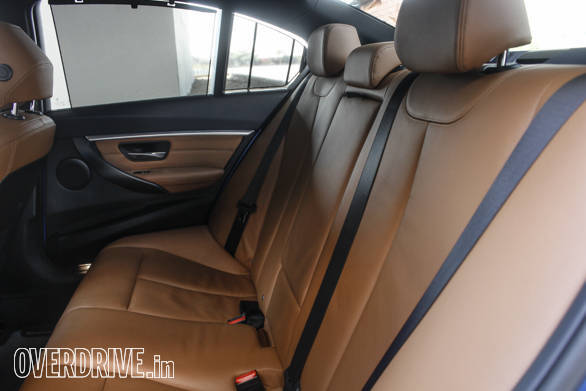 Even on the inside, there are a few nips and tucks to complete the facelift. The cabin offers new material and upholstery options, while an M3-inspired steering wheel establishes that is it indeed the M trim. Our test car came with carbon fibre inserts in the dashboard, which looked great. But the complementing Alcantara had somewhat off-putting embroidery on it, reading 'M performance'. A bit overdone! Another small change is in the little storage bin in the tunnel console. Unlike the outgoing model with the removable cup-holders, this one gets a sliding lid and fixed cavities for the cups.

Like the Sport Line trim, the BMW 3 Series M Sport too comes with the sports seats up front, which have better bolstering on the sides to hold you in place when you are pushing the car around bends. They fit my large frame quite well and I prefer these over the roomier seats in the Luxury line as they restrict unwanted movement. Like their regular counterparts, both the front seats get electrical adjustments, while the driver's seat gets two memory options. 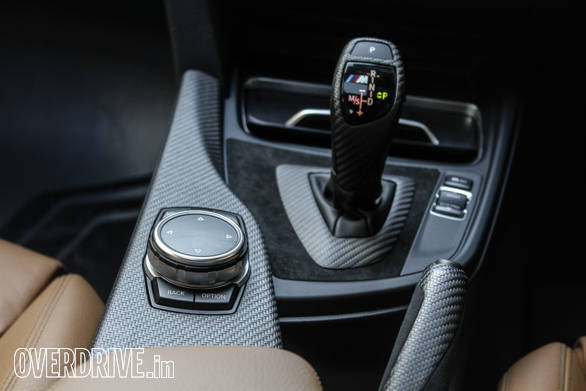 The refresh also brings with it the updated iDrive infotainment system and our range topping test car had the larger screen. It gets an updated software and hardware which is noticeably faster and comes with the latest version of BMW's connected apps. It also packs the new satellite navigation software. If you think you know a better route than what the sat-nav suggests, continue on it and the software will adapt to your choice of route. Cool feature to have in India!

Safety tech includes eight airbags, side impact protection, ABS with brake assist, Isofix points for child seats and run flat tyres. All the safety equipment is standard across the range. BMW also has a spare wheel tucked away nicely into the boot. 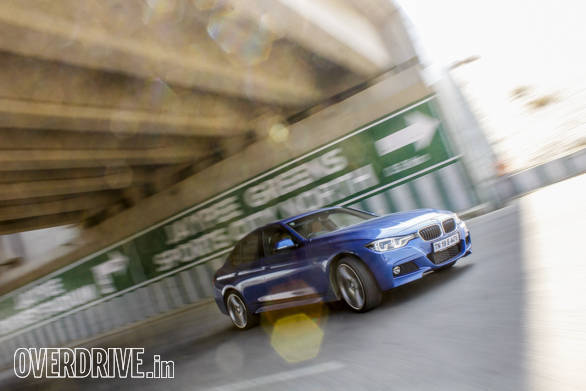 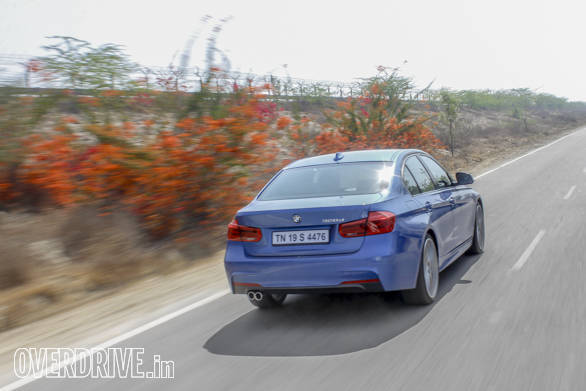 Despite the low-profile tyres on the M Sport trim, the ride quality is pretty decent. The lower trims with relative higher-profile rubber will be better in this regard. That said, the new BMW 3 Series actually runs a new suspension setup too. The suspension mounts have been improved over the outgoing model and that has allowed BMW to incorporate stiffer springs without compromising on the damping. So while the ride quality remains comparable to the outgoing 3 Series, the refreshed car manages to remain a tad bit stiffer through bends, thus improving its handling characteristics.

The refresh also brings with it the new 2.0-litre oil burner. Codenamed the B47, the new mill puts out 190PS of power and 400Nm of torque, which is better than the previous engine's 186PS/380Nm output. The result is an improvement in performance as well. Outright acceleration is now a claimed 7.2s versus the previous model's 7.5s. In our tests, the car managed the sprint in 7.9s, with the launch control. Yes, it has launch control even on the diesel! 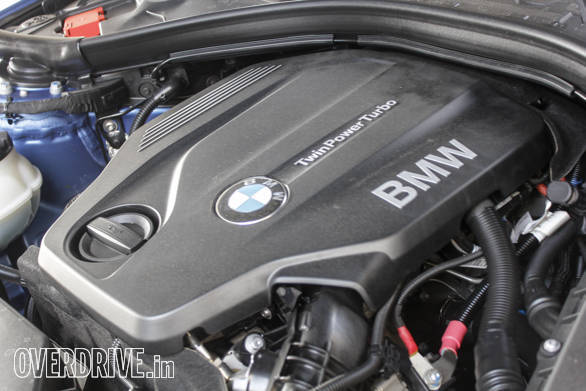 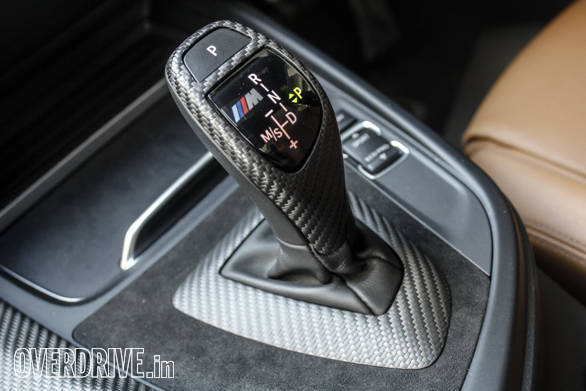 The engine is mated to an eight-speed gearbox from ZF. The gearbox is quick to respond to changes in load and throttle input and the car never feels out of breath. The new engine enables this 1.4-tonner to cruise at 100kmph at a whisker under 1,500rpm. The result is an improvement in fuel economy as well. Our tester returned a fuel economy of 15.1kmpl in the city and 22.7kmpl out on the highway. In comparison, our tests on the previous 320d Luxury line returned 14.2kmpl and 22.1kmpl respectively.

In a nutshell then, the new engine sees an improvement in overall performance, while returning better fuel efficiency as well, which is a welcome change. 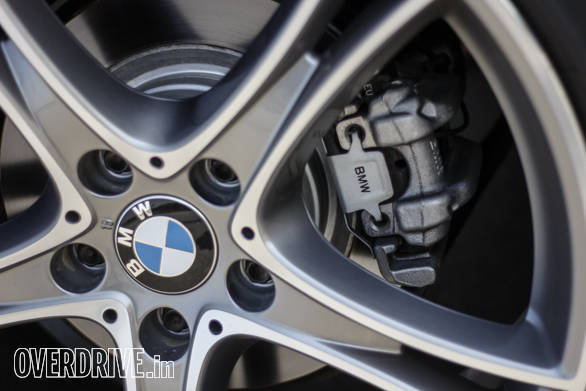 The BMW 3 Series F30 was always a good car and it has now become a tiny bit better. Since the nature of the Indian market and its laws prevent carmakers from packing most of the new-age gadgets and assistance systems in cars headed our way, the updated 3er still manages to be on par with its competition as far as features, creature comforts and safety are concerned. This should help the refreshed 3 Series hold its ground until an all-new model comes along. But till then this fight is going to be a tough one considering the fierce competition coming in from the C-Class and the new driver's car in the segment - the XE. Read our comparo of the Jaguar XE and the Mercedes-Benz C-Class.