Marriage is changing a lot of things for me. My bachelorhood was all about fancy automobiles, like-minded friends and long road trips, but the marriage has now given me a permanent plus-one and a whole lot of socialising. We even attended somebody's 10th wedding anniversary recently - the kind of stuff I would avoid until some time back. The banter at the party still remained the same - cars. Just that this time we were discussing family cars, safety and comfort over top speed, and zero to hundred. But then the car that I had driven to the party has plenty to say about all those things. The 740Li does strike a sweet balance between all of it. 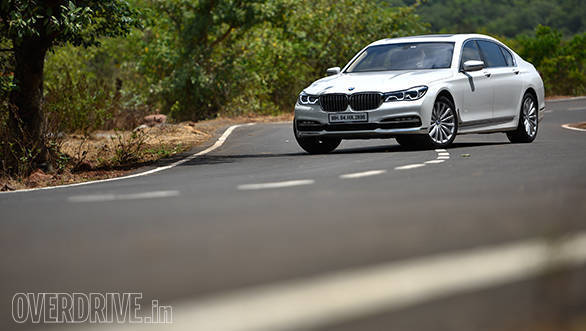 The last time I drove the new 7 Series to a party, it turned a lot of heads. This time, however, the valet had already parked two of these minutes before my arrival. My 740Li was a bit shinier though. Since it only comes in the 'DPE Signature' trim, it's got a more elegant-looking design and plenty of tastefully laid-out chrome which makes it appear more premium than the popular and outrageously kitted M Sport trims of the 730Ld and the 750Li. I still prefer the sporty bodywork, but I wonder what my preferences would be when my spouse and I celebrate our 10th. 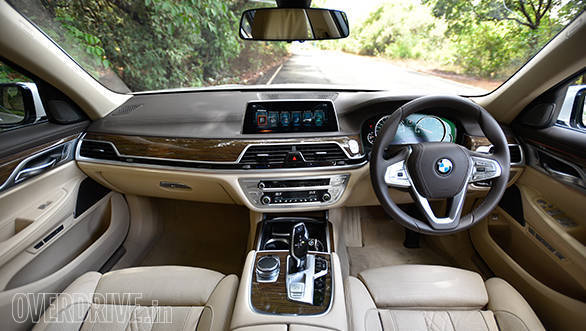 Speaking of the spouse, she is disappointed with the front passenger seat of the 7 Series though. She calls it 'unfair', for at the front; the massaging function is exclusive to the driver's seat. Both the rear seats get it though and having a chauffeur would solve the problem. The rear left seat also has all the essentials for this category of car - a reclining function like a business-class jet seat, enough room to allow even a six-footer to fully stretch their legs and a footrest that pops out from the backrest of the front passenger seat. The rear bench also gets a nice contouring that will literally make you sink into the seats, while the cushioning has the right amount of give for comfortable journeys - both urban and long distance. 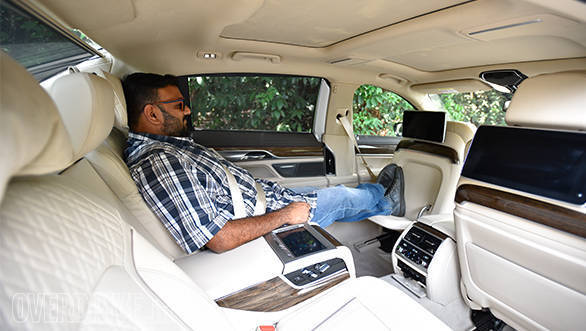 There are no trays back there for your laptop though - the forty likes fun and it would rather have you entertain yourself than work. It sets the mood with wood and leather trim and tastefully done up lounge-like ambient lighting that extends into the B-pillar and the panoramic sunroof. There are two large tablet screens to provide the backseat entertainment, and you also get peripherals like a refrigerated compartment between the seats and a tablet to control the windscreens, massaging options and the lighting. The latter is a laggy Android-powered tablet from Samsung though. Heard of the iPad, BMW? I hear it's as slick as your cars! The rear seat is the right place to be in then, and I did offer to chauffeur my spouse around. But she said she would want to sit alongside me in the front. I have heard that such mush only happens early into the marriage. 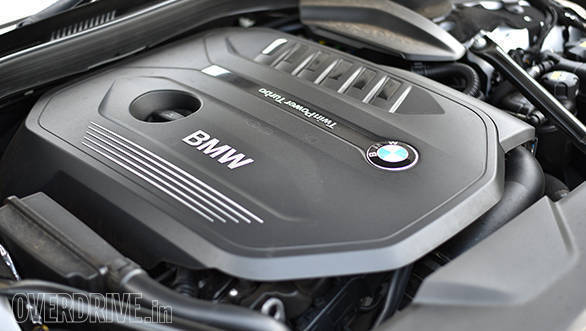 Motivation for the 740Li comes from a 3.0l flat-6 petrol motor. It is the smallest petrol engine that you can buy in the 7 Series at the moment, but its performance is anything but that. A healthy 326PS of power and a strong 450Nm of twist help the limo move from standstill to 100kmph in 5.9s (tested). That is pretty quick and it does it without shoving your head into the seat. The power is instantaneous and is put down to the road in a linear fashion via BMW's favourite 8-speed ZF transmission. But oddly enough, paddle shifters don't find their way into the 740Li, neither does a head-up display. Friends at the party argued that it is a limousine after all and doesn't necessarily need these driver-focussed bits. But with all its i8 inspired carbon-fibre work in the chassis, this 5.2m limo only weighs about 1.8 tonnes, has a rear-wheel-drive configuration and an impeccable suspension. The moment you chuck it into a corner, it takes it with the kind of precision and light-footedness that is the territory of cars like the M5s and RS7s of the world. So how can you let the chauffeur have all the fun? It has enough grunt and will leave you wanting to drive this car on your own no matter how many wedding anniversaries you have celebrated. 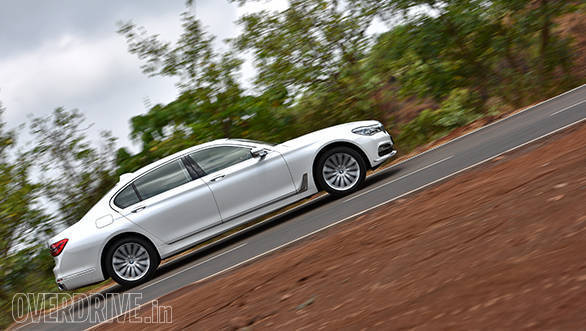 The engine refinement is hard to find flaws with. At city speeds it almost feels as smooth and silent as a hybrid, and it's only past the 3,500rpm mark that you hear a bit of that remarkable flat-6 note. If you like that sort of a thing, you will hear a bit of the wheezing of the twin-scroll turbochargers too, while the transmission sound joins in past the 5,000rpm mark. A bit of a downer is the noise of the AC blowers and the road noise which creeps in past the 120kmph mark. None of it is loud enough to disturb a softly spoken conversion, but we have witnessed better in this segment. 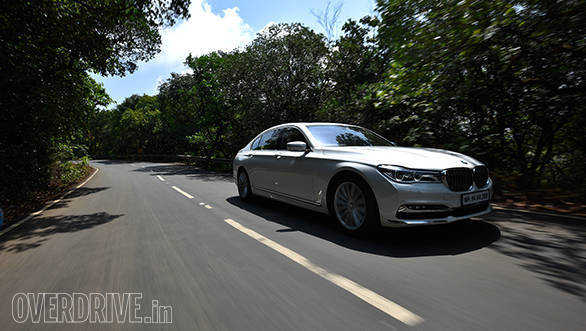 The 740Li rides on the air suspension system that is standard across the range. It employs air pads in place of steel springs which gives it the ability to alter damping by simply changing the air pressure in the pads. Driving modes like Eco Pro, Comfort, Comfort Plus and Sport dictate the level of firmness to match the sharpness of the drivetrain. Ruts and joints do make the suspension vocal, but the fine-tuning of the components keeps the cabin inert of the vibrations and jolts. Comfort mode worked well even on some broken roads that we subject the car to, and you will be surprised at how well the 740Li rides even in the Sport mode. The best suited for our roads, however, is the Adaptive mode which automatically alters the suspension and drivetrain response on the fly. When you drive up the hills or stretch the car's legs when the roads allow it, the 7 Series shows off its BMW roots with a grounded feel and road hugging dynamics. 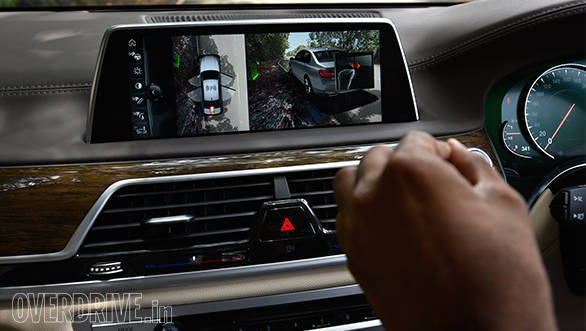 With the 7 Series, there is no options list to choose from for the safety features and that's a positive. Fitted standard then are frontal airbags for driver and passenger, and side airbags and head airbags at the front and rear. You also get attention assist, traction control and stability control, while the brakes get the anti-lock system with cornering brake control. The seats get active headrests and pyrotechnic belt tensioners, and if you want to carry your toddlers in utmost luxury and safety, the rear seats get ISOFIX child seat mounts. 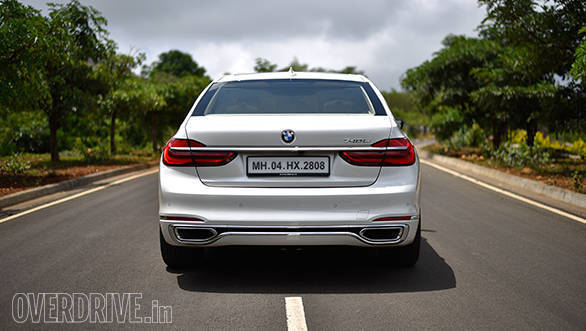 The BMW 730Ld is still the more popular choice when it comes to choosing a 7 Series. But with the target clientele rapidly changing their fuel preference to petrol, the 740Li presents itself as a tempting buy. Though not as punchy as the 750Li or ridiculously powerful as the 760Li, the 740Li has an engine and dynamics that will keep you happy behind the wheel. For the majority of the time when you will be chauffeur driven, it has plenty to keep you comfortable and doesn't really lose out on much kit despite being assembled locally. In fact, the local assembly also gives its tempting base price, making it one of the best variants of the 7 Series that you can put your money on.