Ford is among very few car manufacturers present in the mass market segments in India to cater to driving enthusiasts. Way back at the turn of the century, Ford had offered a Rally Sport version of the Ikon. Then in 2008, the American carmaker brought a souped-up S trim of the Fiesta that set a benchmark for the sedans of its time. And now they have launched a more spirited version of the Figo and the Aspire dubbed Figo Sports. The timing couldn't have been any better as India is witnessing a growth in performance-based offerings. Here is what makes it different to the standard hatchback? 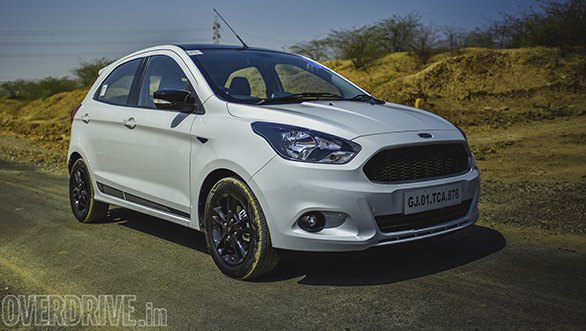 The Ford Figo is a good-looking hatchback without a doubt marked by clean lines, strong aesthetics and a sporty stance. Taking that basic sense of good design, Ford spruced up the Figo with a black honeycomb grille and smoked-finish headlights. Additionally, it gets a blacked out roof and 'S' decals denoting the Sport in its name. The Figo Sports runs on new and larger black coloured 15-inch alloys with slightly lower profile 195/55 R15 tyres making it appear more menacing. The Figo and Aspire Sports will be available in dual-tone colours. We believe the contrasting black-and-white combo looks the best among the options. However, it could have been nice to see Ford offering the blue shade as well that was seen on the Fiesta 1.6S just as a nostalgic throwback to another era. 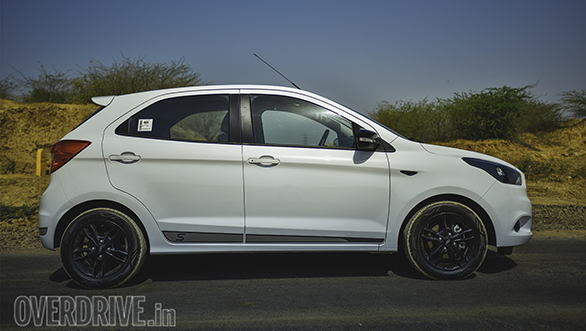 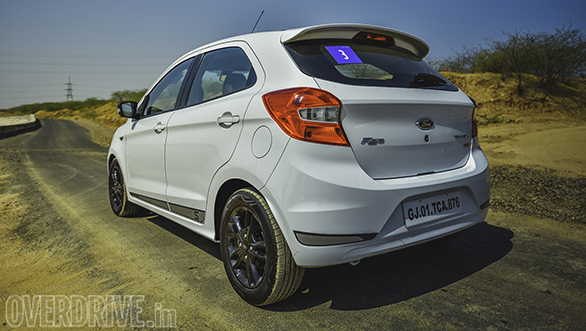 The dark treatment of the exterior has been carried on to the cabin as well to good effect. Where the Sports editions get a bit extra is the red stitching on the Figo and fog grey on the Aspire. The Sports edition is available in the Titanium trim sitting below the top-end Titanium+ trim. The list of features are identical to that of the regular Titanium variant. We did however expect Ford to offer a touchscreen unit to sweeten the entire deal but sadly it has been given the miss. In terms of safety, the Sports range come with dual front airbags, ABS and EBD as standard, carrying forward Ford's strong commitments to passenger safety. 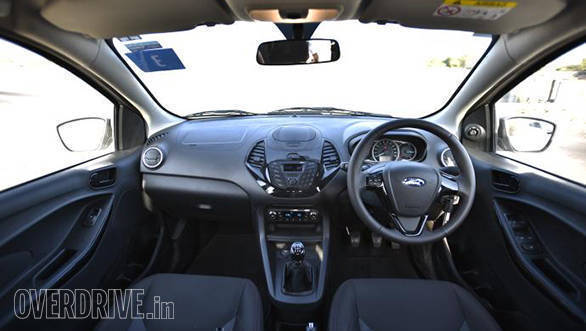 The Sports range can be optioned with a 100PS/215Nm 1.5-litre diesel or a 88PS/112Nm 1.2-litre petrol engines. Both the motors are paired with a 5-speed manual transmission. Ford states that the state of tune of these motors is identical to the regular model. However, the fuel efficiency has dropped a bit because of the 20kg gain in weight due to the bigger alloys and the wider tyres that increase rolling resistance meaning the engine now has to work harder to get the tyres rolling. 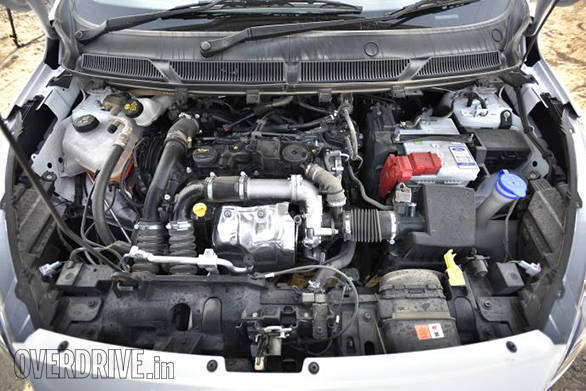 Ford presented us with the diesel powered Figo Sports on the first drive experience as it is a more popular option between the two engines. The diesel motor feels punchy even at lower speeds. The impressive torque delivery, especially at lower rpms, makes it a good city car. Even on highways, the motor feels confident at higher speeds. The 5-speed manual transmission offers smooth shifts, the advantage of which can be felt while dealing with bumper-to-bumper traffic. 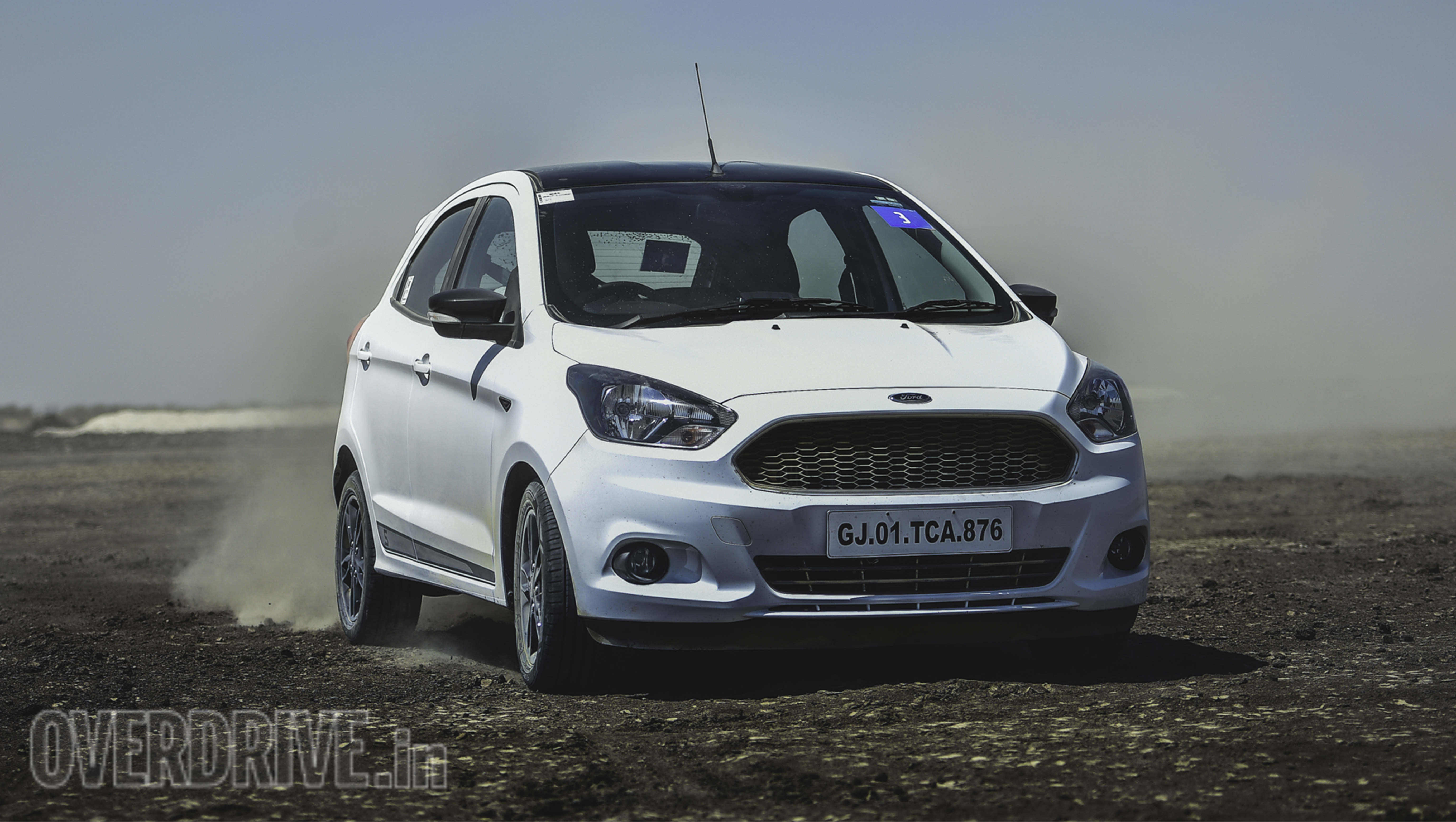 The most important change in the Sports editions are the tweaked suspension. Ford states that the ride height has been decreased by 5mm however the ground clearance remains unchanged as the Sports edition gets bigger tyres. So the effect is certainly more visual with the wheel wells filling out nicely! The suspension setup has been made stiffer by reducing the height of the springs. With an S badge on the side, the expectations are sky high considering the benchmark that the Fiesta 1.6S set in it its time, However, Ford states that even though the 1.6S was about driving pleasure, it was a bit extreme and not a practical daily car. 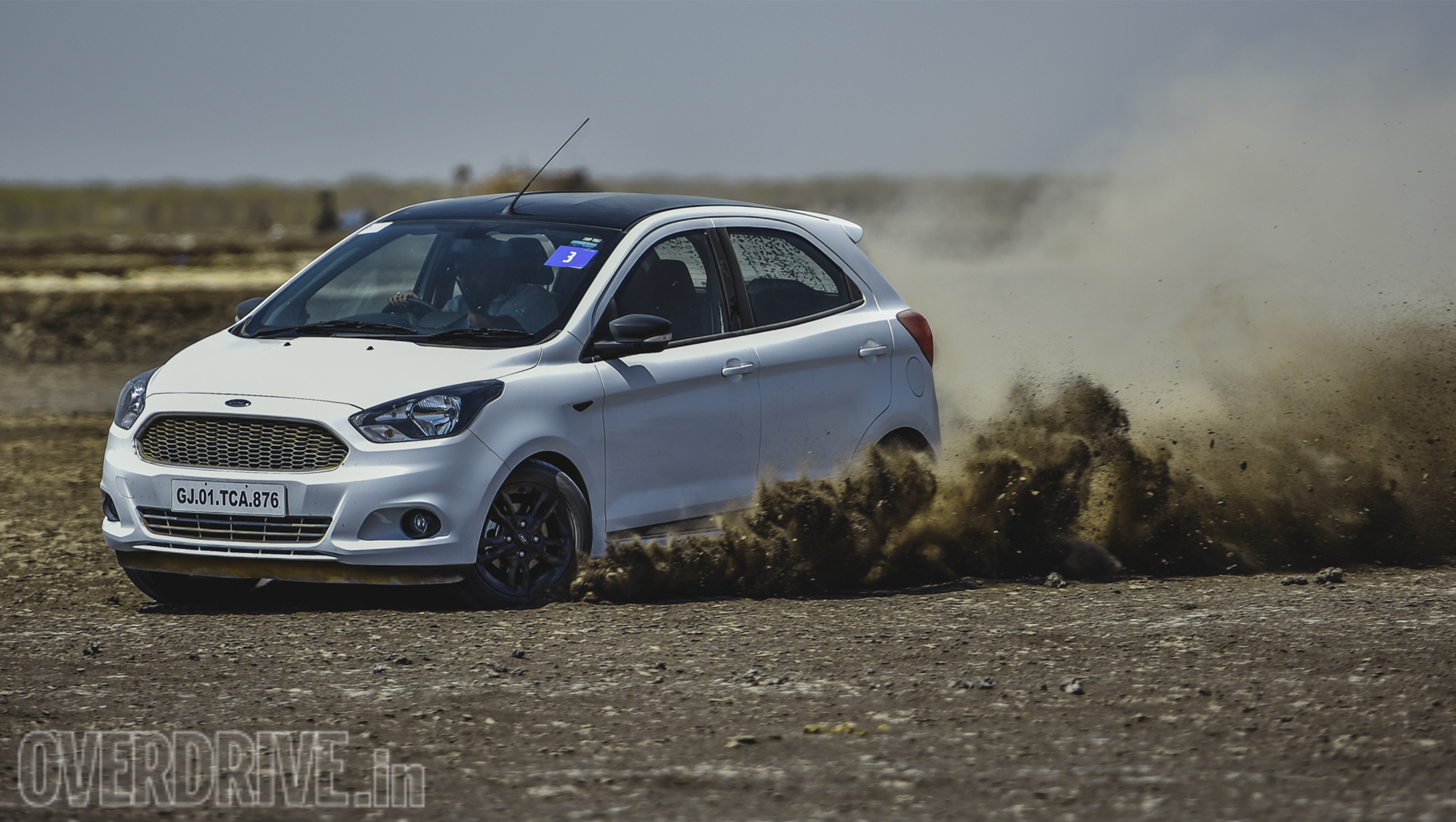 The basic Figo, on the other hand, lacked the enthusiastic touch. The Sports editions continue to offer a practical package but they now raise the dynamics factor thanks to a slightly more fun suspension setup. Body roll has decreased not that there was much to start off with and the wider section tyres offer even more impressive grip. The Figo Sport continues to feels stable even at higher speeds and even though setup stiffer, the suspension does not allow much recoil or jumpiness. The setup also absorbs uneven undulations with great ease. 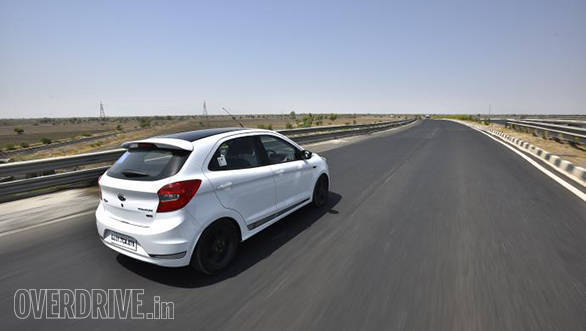 The Figo Sports edition is priced at Rs 6.31 lakh for the petrol and Rs 7.21 lakh for the diesel, making it Rs 50,000 more premium than the regular Titanium trim. In case of the Aspire Sports, the same is around Rs 40,000 over the Titanium trim (all prices are ex-Delhi). For the extra premium, you get a sportier looking Figo with better dynamics without compromising the good sense it comes with. And that as a package is what makes the Sports editions impressive!