The SV badge is held in high regard in the Lamborghini ecosystem. It stands for 'Super Veloce' or Super Fast in Italian speak, but in the motoring world, this badge points towards one of meanest, baddest and loudest Lamborghini supercars you can put your money on. They look the part too, wearing wings and bodywork so outrageous that even the otherwise outlandish design of the lesser Lamborghini supercars look pale in comparison. History also tells us that the SV badge usually marks the end of the model line that wears the two letters, making way for the next generation of a Lamborghini flagship. For the Aventador, however, things have panned out differently. Close on the heels of the Aventador SV comes the Aventador S - a relatively sober and sophisticated supercar that replaces the Aventador coupé that we have known so far. 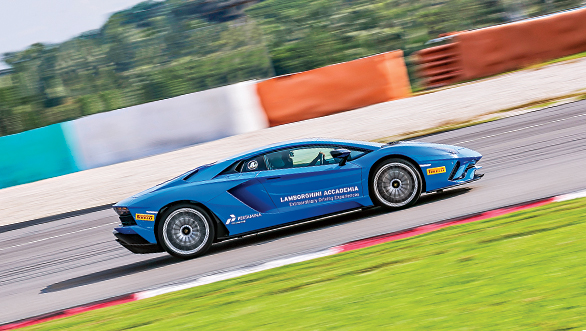 It borrows from the aerodynamic and technological advancements seen in the Aventador SV and the Centenario, and in doing that it now wears a cleaner design overall. The lines look more harmonious, the dams and intakes look more proportionate now and the fine carbon-fibre trim used in the skirting looks classy. Despite its cleaned-up look, it still looks evil enough to find recruitment with the Decepticons if it were to sign a Transformers movie again. If it helps bolster the resumé any further, the revisions to the front bumper are inspired by the venomous fangs of a serpent, while the profile of the nose and the angular cuts on the splitters are inspired by the attacking stance of a shark. The new form has improved function too, optimising the cooling of the engine and the brakes, providing 50 per cent better aerodynamic efficiency and 130 per cent more downforce. The latter plays a very important role in hunkering down the car at speeds in excess of 350kmph and displaying a new-found confidence in the way the Aventador S handles. 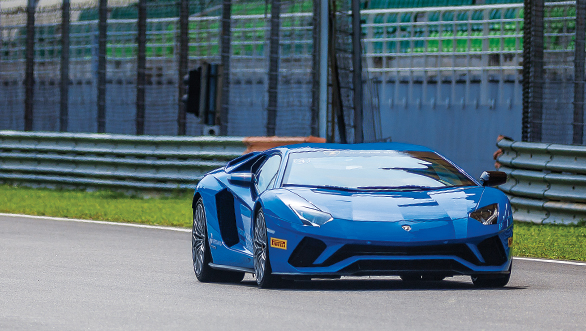 On the Sepang Circuit in Malaysia, where we sampled the Aventador S, we couldn't push the supercar beyond the 270kmph mark under the controlled conditions we were driving in. But the sharpness of the Aventador S over the outgoing coupé is stark. If you have ever driven the Huracán and the Aventador back to back on the track, you may have noticed that the latter feels heavy on its feet, has a fair bit of understeer and is quite a bit of work to drive fast as compared to its younger sibling. The Aventador S irons out most of it.

The V12 can still be a handful if you are not precise with the throttle though. The naturally aspirated 6.5-litre unit now puts out a colossal 740PS of power! Not that the 700PS of the coupé was any less, but that extra dollop of power demands a slightly wider rev band, and the snarl of engine at its new peak can be fatal for the faint-hearted or absolving for those chained by laws and social limits. The V12 sits behind you like the devil himself, breathing fire down your neck, holding your face with its burly hands and shoving it into headrest every time you shift close to the redline or dab your foot against the throttle. You can beg for mercy by switching the car into Strada or Sport modes, which softens the blow and makes the car feel like an R8. But dialling anything less than the full-fire Corsa mode on the racetrack would be a sin even in the underworld. Beyond Corsa, there is a new Ego mode too, which I thought would be Lamborghini's reincarnation of hell and something that would tear me apart as if I was wearing a halo on my head. But unlike what its name suggests, it simply lets you set individual parameters for how soft or sharp you want the drivetrain, steering and suspension to be. 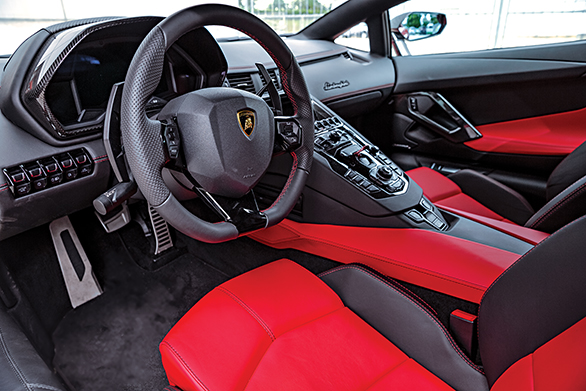 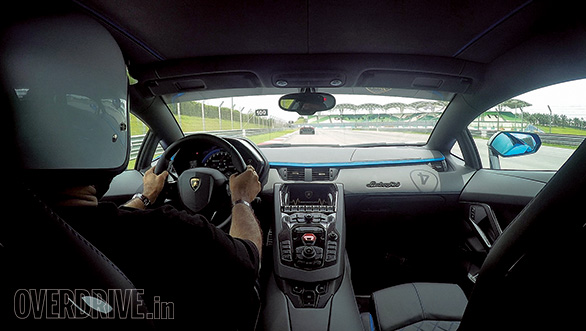 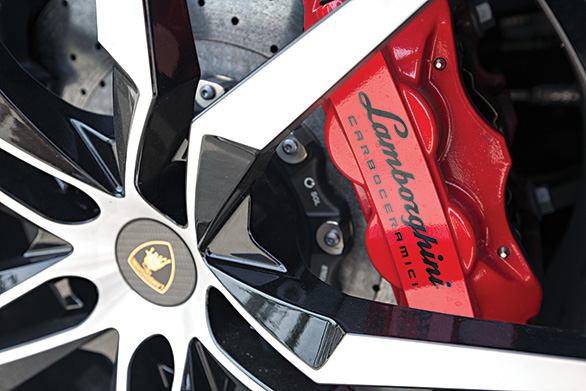 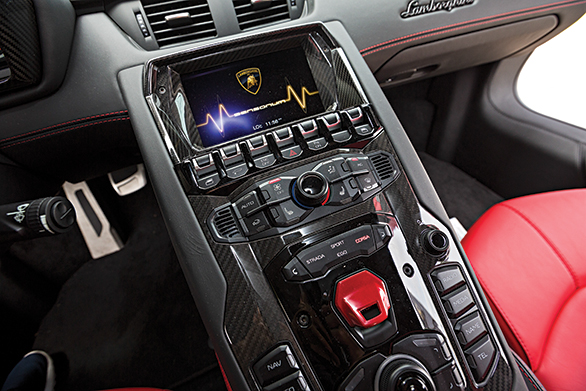 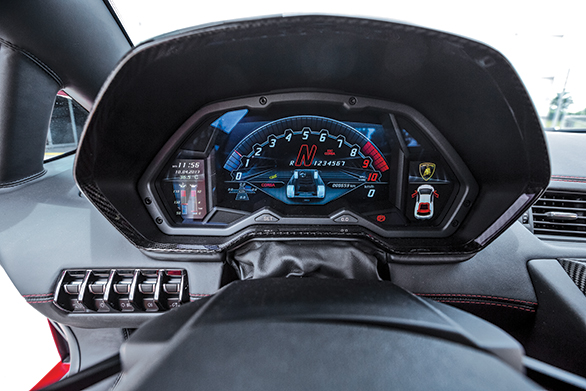 Apart from the three well-known driving modes in the Aventador, the S now gets a fourth mode called 'Ego' which lets you individually select performance parameters for the drivetrain, steering and suspension - a welcome addition for those who love frequenting mountain roads

In the old Aventador, it felt like this devil had its minions do their own thing on the brakes, the gearbox and the steering, and that created a havoc. In the Aventador S, all the components seem unified at last. All the drama seems to stem from one mind. Lamborghini calls it a central unit that takes a more harmonious control over all the complex electronics. It is still pretty devilish in its approach, but very rewarding if you learn how to play along. The steering feels more direct and the brakes have a more predictable bite. The S also ships with carbon ceramic rotors for better stopping power.

Four-wheel steer is the supercar world's favourite new weapon, and the Lamborghini Centenario has happily crafted one for the Aventador S. While turning at lower speeds, electrically controlled actuators steer the rear wheels by up to three degrees in the opposite direction to that of the front wheels to mimic the effect of a reduced wheelbase, thereby reducing the turning radius. At high-speed manoeuvres, the actuators steer the rear wheels by up to 1.5 degrees in the same direction as the front wheels to practically increase the wheelbase and offer better agility and more stability.

I have experienced the effects of this technology in the new Q7 and in the 911 GT3, but the advantages weren't as evident on the hefty Audi or the magically precise Porsche. On the Aventador S, however, the four-wheel steer makes a world of a difference. A revised all-wheel-drive system can send up to 90 per cent of the power to the rear wheels, letting the Aventador S predominantly behave like a rear-wheel-driven car. But the four wheel steer prevents the tail from being as slithery as the previous one. Tail happy cars are fun, but not when you have an angry V12 completely disregarding the able 335-section tyres and shredding them in every corner with its erratic set-up. The Aventador S fixes all of that. 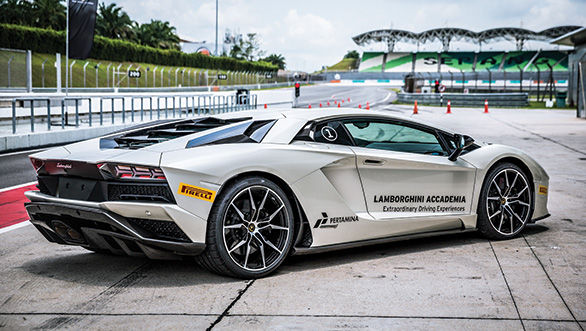 The new ECU plays a big role by having a tighter control over the dynamics, and complementing it further are the new bespoke Pirelli P Zero tyres and a revised suspension system. The latter uses magneto-rheological technology to have a precise control over the dampers. The suspension components also needed to be reworked taking into account the four-wheel-steering system. The bottom line is, the Aventador S now feels agile and more focused than the model it replaces and that has positive effects on corner speeds and lap times. Fortunately though, it hasn't lost that maniacal edge that makes it a Lamborghini and that should keep purists happy.

Speaking of purists, let us visit the SV lineage again. Given the limitation of the moulds used to manufacture the carbon-fibre monocoque, Lamborghini had only planned on making 4,099 units of the Aventador. That number, however, was achieved far earlier than expected and therefore for the Aventador, the SV variant came quite early in its life. So while it sparked excitement, it also was a matter of worry. Was it the end of the road for the Aventador? Concepts like the Asterion made matters worse by hinting that even for an emotionally driven brand like Lamborghini, alternative propulsion was the future. In the midst of all this commotion, the Aventador S comes along and offers some respite. Lamborghini has found some way of making a few more Aventadors, which means that the devilish V12 lives on until the inevitable future punches us petrolheads in the face. 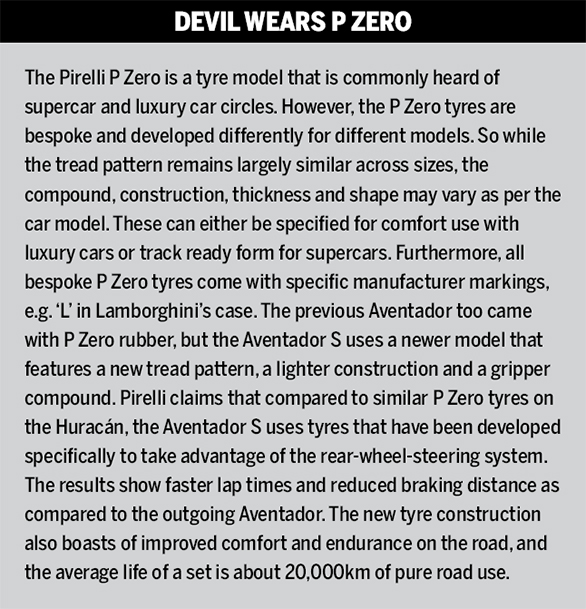 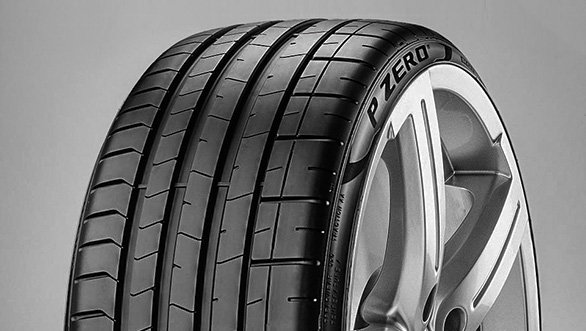