Sportbacks or four door coupés aren't to everybody's taste. But there is no denying that they look sportier and in my books, so much better than their classic sedan counterparts. We have seen quite a few of them in India - the CLA and the CLS from Mercedes-Benz, the 4 Series (in the M4 guise) from BMW and the A7 Sportback from Audi, which has aged gracefully and looks beautiful even today. Now there is another good looker that joins the family - the Audi A5 Sportback.

It looks gorgeous no matter what angle you look at it from. That is partly because it is not everyday that you see a new-age Audi being so full of curves and sweeping lines. Certainly not one that has four doors. To me, the prettiest angle to appreciate the Audi A5 from is the tail - and preferably when the car is in motion. The Sportback body style gives it the coupé roofline that flows gracefully into well defined haunches. The prominent creases and the sharply cut taillights and headlights give the A5 its athletic stance. Though it based on the A4, you won't mistake the A5 for a typical four door sedan even in a passing glance. Compared to the previous A5, which was brought to India in the go-faster S5 guise, the new A5 not only looks sportier, but also previews what the future Audi sedans would look like - sharp and mean. 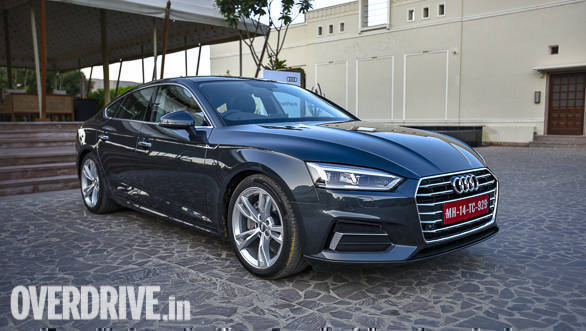 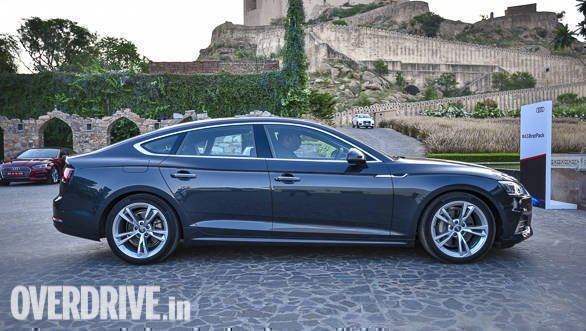 Getting in and out of the Audi A5 Sportback isn't easy as is the case with most coupé body styles. But once you sink into the sporty and accommodating seats, you realise that it is a typical Audi on the inside - impeccable fit and finish, intuitive controls and premium materials. I like the black wood inserts, but I would have liked the cabin to be more flamboyant to match the exterior appeal. The cabin will remind you of the Audi A4, but feels a tad bit lesser on space, especially at the back. The rear has headrests for two grown-ups and justifiably, the centre seat is good enough for only for a kid. 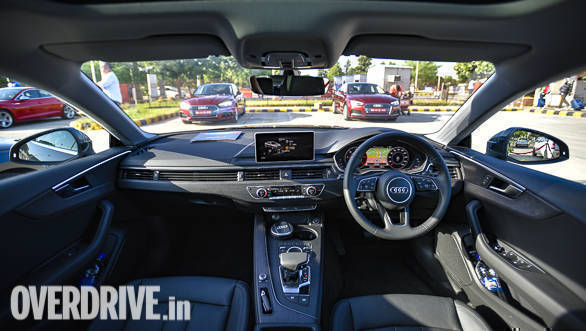 The Audi A5 Sportback interiors have minimal buttons

The India-spec model comes with three-zone climate control, while the infotainment is the eight-inch unit, which is the largest that Audi offers on the A5 globally. Some features like the 755W Bang and Olufsen audio system or smartphone interfaces like Apple CarPlay and Android Auto are optional and were missing on our test car. The Audi A5 Sportback gets the virtual cockpit as a standard fitment though.

Upon launch, the Audi A5 Sportback will only be available with one engine option for now - a 2.0l four-cylinder turbo-diesel. It's the same engine that powers the Audi A4 as well and gets a similar tune for the A5 - 190PS@3,800-4,200rpm and 400Nm@1,750-3,000rpm. This engine is one of the best 2.0l oilers in the business, not only because of its figures, but also because of its refinement levels. It builds power pretty quickly, while a surge of torque hits you around the 2,500rpm mark. It almost revs as quickly as a petrol motor, but the 4500rpm redline reminds you that it's an oil burner and leaves you wanting for more. 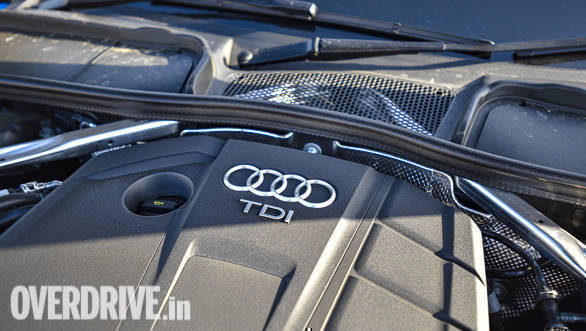 The Audi A5 Sportback is based on VW's MLB platform and the engine feeds power to the front wheels despite its longitudinal mounting. It is mated to a seven speed gearbox, which is predictable and will seldom make you use the paddle shifters. In the right conditions, the Audi A5 Sportback diesel claims to go from standstill to 100 in 7.9s. Off the line, the Audi A5 Sportback does feel quick. There is a bit of torque steer when you accelerate hard, but it is ironed out quickly.

If you would want something punchier to go with the sportier body work of the A5 then you will have to opt for the S5 higher up the range, which gets you a 3.0l V6 unit that produces 356PS or power and 500Nm of turning force. 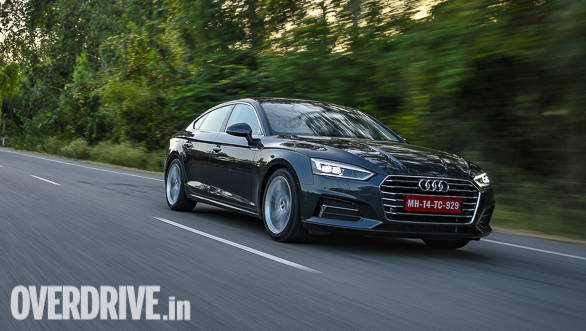 The A5's independent suspension and multi-link axles seem to work pretty well on our roads. The suspension offers a firm yet pliant ride and is quite silent even over sharper bumps. Globally the A5 comes with optional adaptive dampers, which are unavailable on the India-spec model. The arrow straight highways of Rajasthan weren't the right benchmark to comment on the A5's cornering capabilities, so more on that with a road test. The A5 does have an understeer-y nature, but feels stable at highway speeds. The quattro all-wheel-drive system is available only on the S5 or the A5 Cabriolet. The brakes on my Audi A5 Sportback test car didn't seem as progressive as the brakes I remember on the A4. These were a tad too grabby for my liking and in turn, a bit annoying in the city. 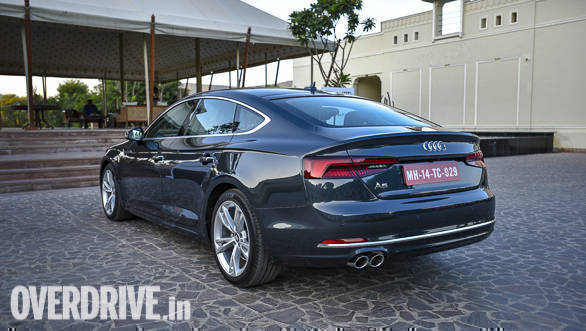 Overall, the A5 isn't a four door sports sedan as its form would otherwise suggest, but has siblings in the range to take care of that requirement. The A5 Sportback to me is a quick highway operator with good road manners and practicality for long distance touring. If you think the more practical A4 is too conventional in its appearance, then the A5 could appeal more to you. It borrows the same kit and drivetrain that make the A4 a sensible buy and fits it in a more flamboyant package. I think it's a damn good car.