A lot of talk around BMWs lately has revolved around their styling. More specifically their reimagined kidney grilles. Whether it is the massive chromed ones on the 7 Series and X7 or the studded, more angular ones on the new Z4 and 1-Series, everyone has an opinion on them. 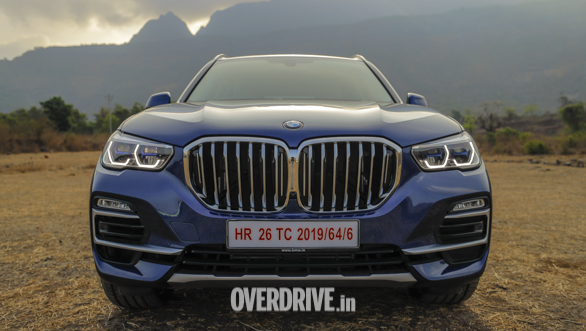 With this thought lingering in the back of our heads, we got behind the wheel of the 2019 BMW X5 xDrive30d recently, the new fourth generation of the SUV that's just debuted in India. And we can say with conviction that the grille, even the heavily chromed one in the top-spec xLine we drove, is not that polarising. It may catch your eye at first, but it melds into the design easily and never feels forced. 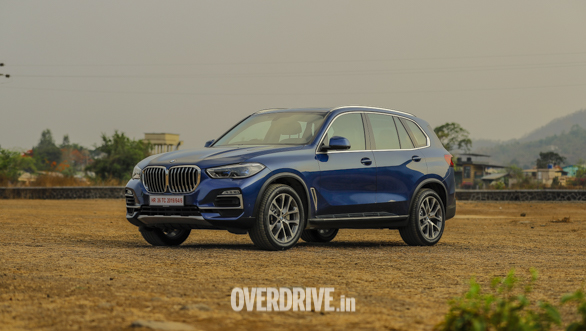 With the question of the grille out of the way, at first glance, the X5 doesn't look a whole lot different than the last one. What you do notice is the size, it's grown significantly now and in profile it looks a lot more stately, replacing the sporty tautness of the last car. 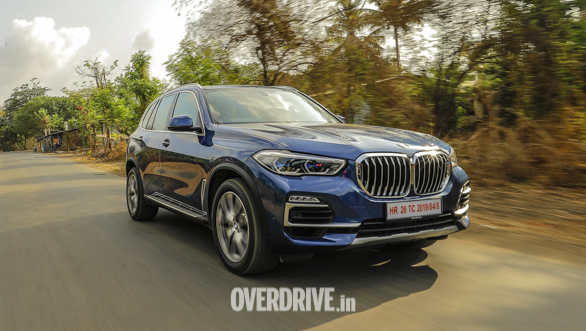 Look closer and you will notice that BMW has redone the details heavily, and quite a bit of the earlier purposefulness remains. The bumper with their deep intakes finished in silver and black bring aggression, which is then backed by the layered sculpting of the bonnet. This restrained aggressiveness grows into the sides too, with the sculpting here accentuated by the stepped character line. 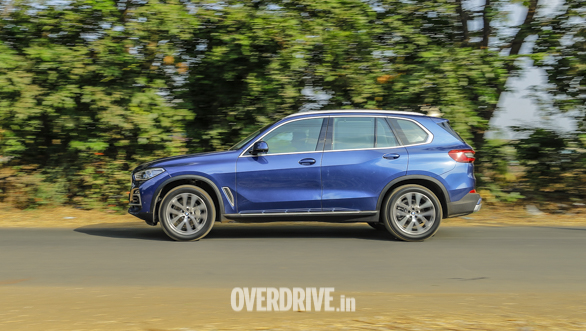 The laser headlamps have intricate detailing, debuting the C-motif interpretation of the double-barrel BMW lights, a not very convincing move in our books. We have similar thoughts about the tail lamps as well. They have quite good 3D detailing and are slimmer but light up in a simple horizontal and slightly upswept pattern, which doesn't feel very BMW like. The aggressiveness from the front bumpers carries on to the rear too, with the big silver faux diffuser and chrome tailpipe surrounds. So if it is attention that you want on the road, the new X5 will give you that. 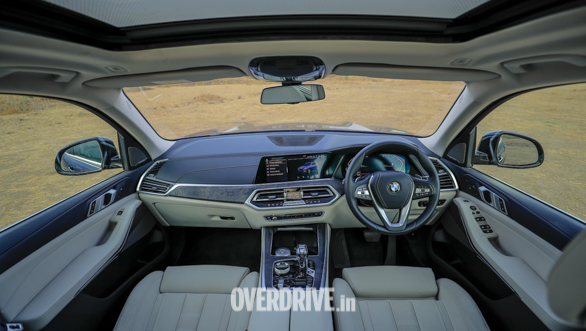 Things have stepped up quite a bit on the inside. The general layout remains distinctly BMW, with the contoured dash, the centre-console angled to the driver and the slightly high window line, which makes it seem like a machine to be driven hard. 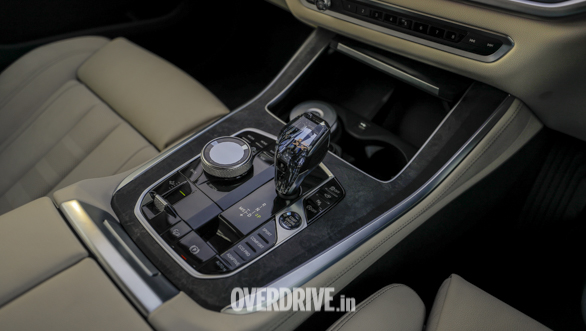 But the details do the trick here again. The materials, feel and quality are some of the best we have seen in any BMW. We especially liked the bits available on this xLine trim like the textured open-pore wood, the leather trim on the dash, the knurling on the dials and other metallic parts, and the crystal elements on the gear shifter, iDrive controller and starter button. This melds very well with the iDrive infotainment system accessed via a 12.3-inch central screen. Everything is logical, with just the right amount of redundancies and not much really to get used to. 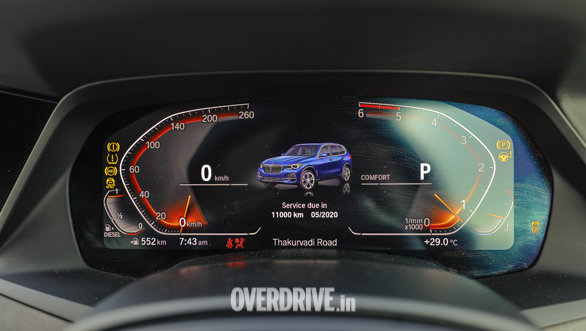 In stark contrast then, is the fully digital instrument cluster. The dials are difficult to read and the information that is provided to you is cluttered. But they are configurable, so you can only see what you really need and save yourself the trouble. What you can't get around is the stack of buttons on the central tunnel. These are below your eye level, and the many similarly sized switches will need you to take your eyes off the road often. 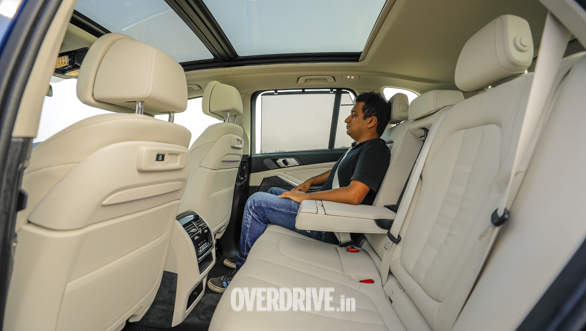 But comfort is very well taken care of if you just want to take it easy and lounge around. The front seats on the X5 are big and comfortable, helped by their wide range of adjustments. The rear seats are again quite soft and pillowy with good under thigh and back support. There are masses of legroom too but some taller passengers may feel like they are sitting a bit 'knees-up.' Touches like the ambient-lighting, the four-zone climate control and the USB ports at the back, lift the ambience further. 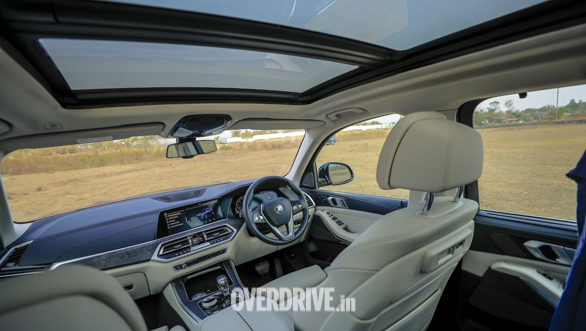 To tie all of this together is the sense of airiness that the cabin provides. The glass house is large, the pillars unintrusive and the panoramic sunroof lets in just the right amount of natural light. 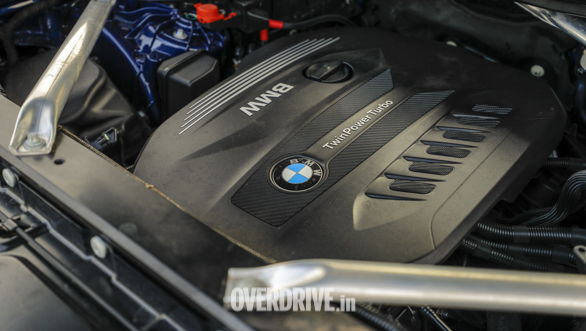 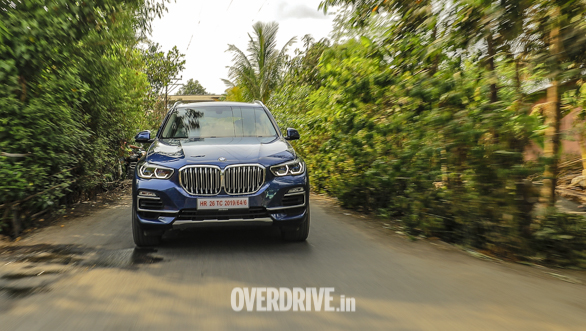 As the 6.4s 0 to 100 kmph time and the sub 2s in-gear numbers suggest, power delivery has that slight sensation of relentlessness that's so appealing in these cars. There's pace throughout the rev-range and the eight-speed ZF auto is, as always, unintrusive for the most part. As with any six-cylinder engine, there's an underlying sense of balance when the X5 gains speed with no spikes or dips anywhere in the rev-range.

The engine is also happy to just potter around at city speeds, with the transmission hiding any turbo-lag very well. The only aberration we noticed was that at very low speeds, it transmits vibrations through the pedals and footwell before the twin scroll turbo kicks in and smoothens things out. After this though, it sounds very good with just the right amount of its six-cylinder thrum entering the cabin.

With its overall 9.7kmpl figure, the X5 is not breaking any new ground when it comes to efficiency. Even though its 13.58kmpl highway figure is good for something this big and powerful. Helping this are nice touches like a sharp start/stop system, the dynamic flaps within the grille and some level of regenerative braking. 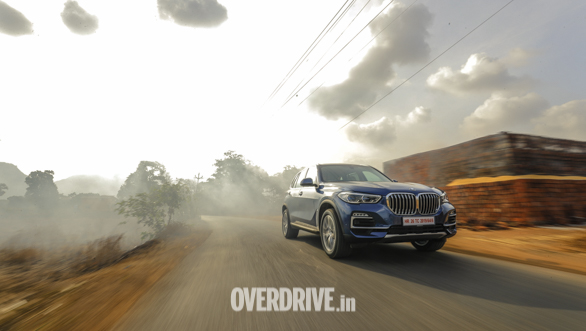 As sacrilegious as this may sound to purists, this diesel X5 is not an ultimate driving machine. It's a big softy, best at transporting its occupants in comfort. Ride quality is great for the most part, especially in the Comfort drive mode. Here it absorbs most imperfections that come its way, with only some sharp abrupt bumps filtering through. Take the same bump at higher speeds and the suspension will bottom out. There's also noticeable body roll around bends, even when you switch to the Sport mode which stiffens up the suspension, gives you quicker shifts, adds heft to the steering and gives you a sharper throttle response. Add to this the slight vertical movements at speed and noticeable dive when you brake, you will quickly realise that the new X5 responds best to smoother movements. This move to a full air-suspension set-up for this generation may be a reason for this change in attitude. You can vary the ride height as a result of this, but this doesn't bring any noticeable change in the SUV's demeanour.

It's great at pottering around the city in comfort, whether you drive yourself or like being chauffeured around. Then on the open road, it's an impeccable mile-muncher, covering distance at ease.

The steering and brakes complement this demeanour. The wheel is effortless to operate at low speeds, weighing up naturally as speeds rise. There is precision but not much feel. The brakes are also progressive, with good bite. The regen means that you might take a while to get used to their slight sponginess.

We'd suggest you stay away from the Eco Pro mode though, it dulls everything down significantly and mars an otherwise serene driving experience. 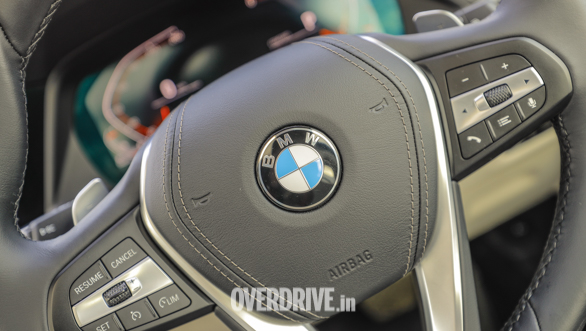 We're disappointed that this top-of-the-line X5 doesn't come with BMW's full suite of driver assistance systems, which as we saw on the Z4 are possibly the best at tackling our erratic conditions. It makes do with front, head and side airbags along with the usual basic aids like ABS, traction control, corner brake control and the like. 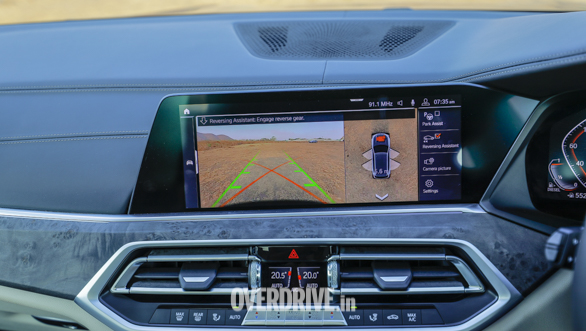 What you do get is BMW's trick 360-degree camera, again one of the better ones around. Its party trick is the very accurate 3D rendering that it makes of the car. It also allows for very advanced parking and reversing assistance systems. So putting the X5 through tricky spaces never feels like a chore. 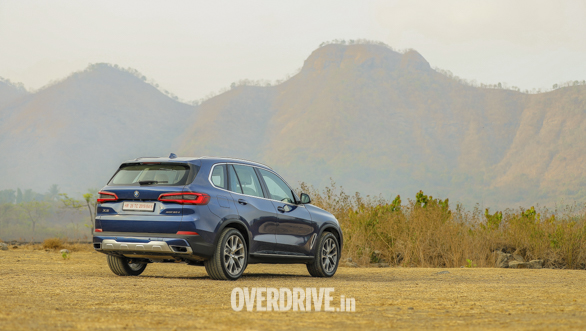 The BMW X5 line charts a completely new path with this generation. It's no longer the enthusiast's choice among big five row SUVs. But BMW's decision to make this shift is perfectly understandable. Most people buying these cars don't really care for corner carving or setting lap times. They want comfort, space and ease of use. 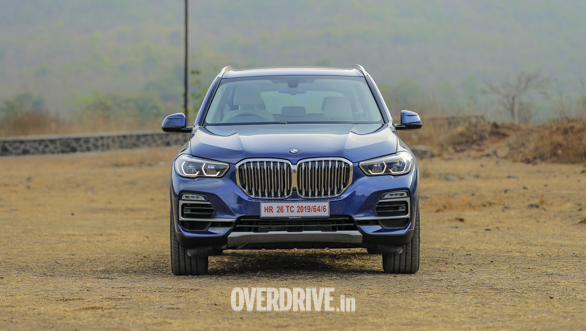 But we would have liked this approach to have been a bit more balanced, with the X5 still providing something for the enthusiasts among us. Especially, when you consider the Rs 99.55 lakh, on-road Mumbai price this xDrive30d xLine variant commands. A lot of the unique bits that make this car feel special isn't available on the lower spec cars, and the lack of active safety systems is a big misstep. But having said that, if you want something that looks imposing on the road, is serene to be in, while also being quick and efficient, there are very few cars better than the new X5 right now.