'India's first ever fuel-injected scooter' is a big cross to bear. Good thing it's fallen on able shoulders then, the Maestro Edge has been one of our favourite Hero scooters since its launch back in 2015, with a 110cc engine. As always, more power is a good thing, and with the jump to a 125cc motor, Hero has pulled out all the stops. Because along with the addition of fuel injection, which makes it BS6-compliant, the 2019 Maestro Edge 125 FI is also Hero's first scooter to get a front disc brake. What does it all add up to? 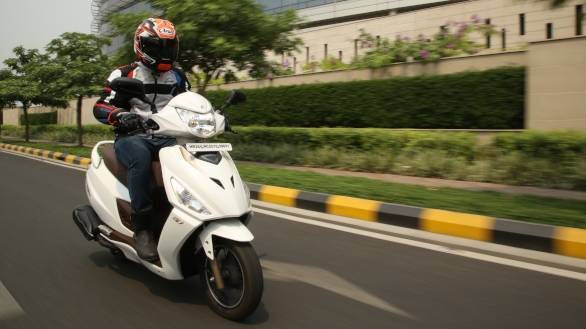 First, the styling and features

The Maestro Edge 125 range includes a carburetted model, which continues largely unchanged to the previous 110cc model (with the exception of minor changes like the dual-texture seat and Hero's start/stop system), and the fuel-injected variant which we rode. The two FI scooters come in dual-tone colours for the plastic body, and plastic cladding  the red on black combo looks especially striking, though we got to ride the white and brown one, which has gold (well, almost) forks. The FI variants also get a shield-shaped LED daytime running lamp up on the front apron to help distinguish themselves. The Maestro Edge was always a good looking scooter, with pretty good levels of fit and finish, and that thankfully continues on. 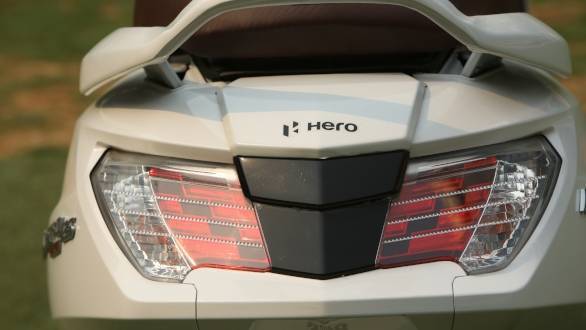 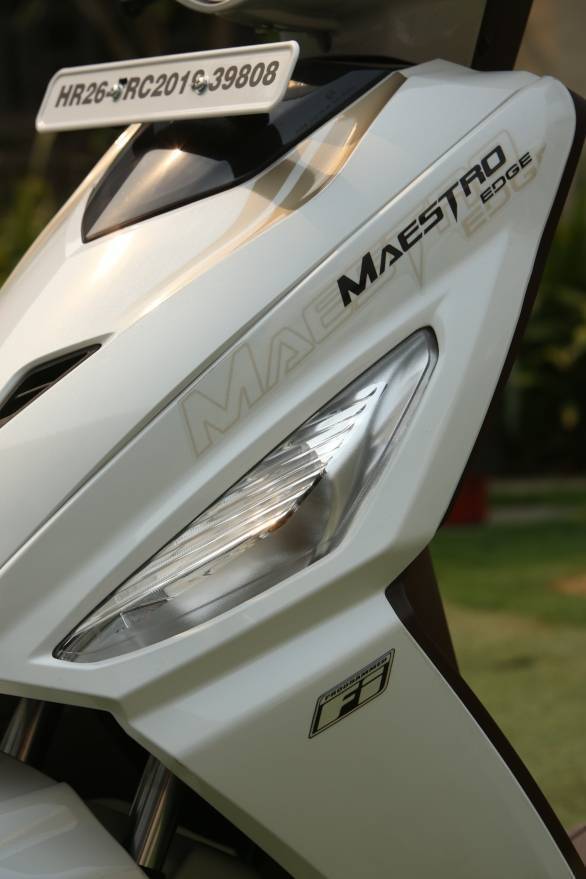 The design for the analogue-digital dash has been tweaked slightly, but still doesn't display a clock, something we found desperately wanting as we found ourselves stuck in a traffic jam, with precious minutes of shoot time ticking away. Flicking the key sideways opens up the underseat storage, which is fairly large but won't fit a full-face helmet except for the basic ISI ones likely, and an LED lamp and USB charging point. Push the key in and flick right for access to the external fuel lid, a feature which remains one of the coolest things about the scooter. 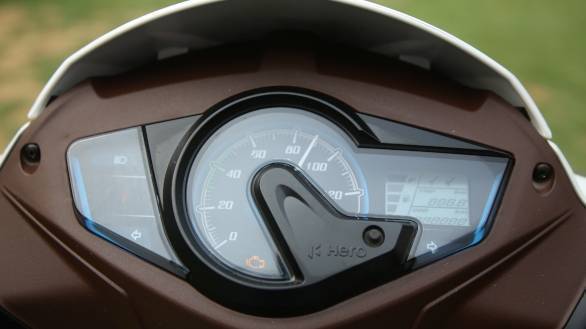 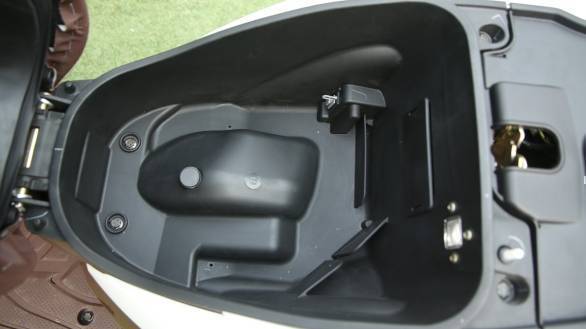 Obviously the fuel injection trumps all! With FI, the same 125cc mill from the Destini 125 makes under half a PS more peak power, with torque remaining the same  for a total of 9.2PS and 10.2Nm torque. These figures put it par with the most powerful 125cc there is, the carburetted TVS Ntorq. But Hero says peak figures weren't the focus, rideability was. As a result, the FI is quick to respond to throttle inputs, with crisp acceleration. 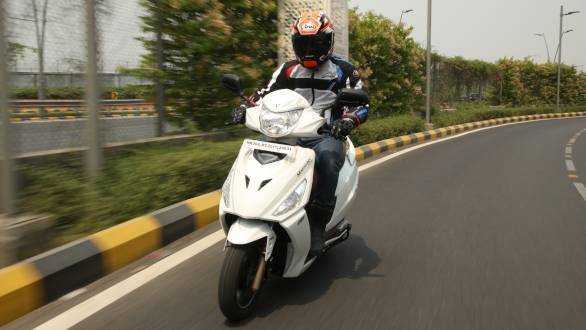 Getting to 40kmph is a cinch, further to about 75kmph still very fluid, but it will struggle past 80kmph. Tuned as it is for the city, we had zero trouble keeping ahead of traffic, even fast moving traffic on a small stretch of highway that we encountered. There's a nice induction roar to accompany acceleration, but we couldn't help but feel it makes the scooter sound the slightest bit unrefined. But if you're a fan of the sound that fitting a performance air filter produces, you'll probably like this note.

How does it ride?

With a 12-inch front and 10-inch rear, the Maestro Edge 125 FI continues tradition. The scooter has a reassuring feel from the front end, and though we couldn't push it handling wise, it did take bumps on a medium speed sweeping corner well enough to not lose confidence. Similarly confidence inspiring is the braking, which with the integrated braking system via the left lever, makes sure the scooter feels like it's digging in to the ground rather than diving on the front wheel. The Maestro Edge 125 is anything but soft and squishy when it comes to ride, and as you'd tell by looking at it, has a sporty feel to it. 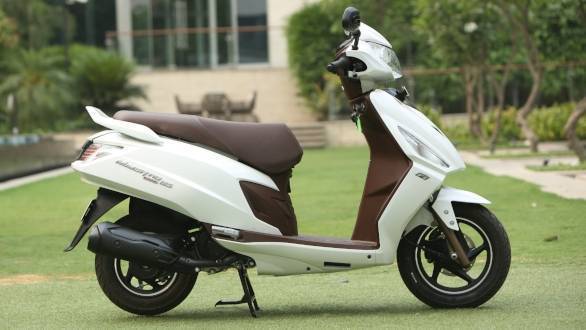 The dual-tone colours, and futuristic LED DRL helps cut a niche for the Maestro Edge 125 FI, as a great sporty looking scooter which isn't overly youthful  something I  feel hasn't been done to this effect before. Considering the competition is priced similar, or higher, the asking price of Rs 62,700 (ex-showroom) is a steal for the future-proof addition of fuel injection.