There are a few cars in this world that go a little further than others to make you feel cocooned in luxury. They waft and isolate you from the rag-tag world outside. Think the Mercedes-Benz S-Class, Rolls-Royce Phantom and the full-fat Range Rover. 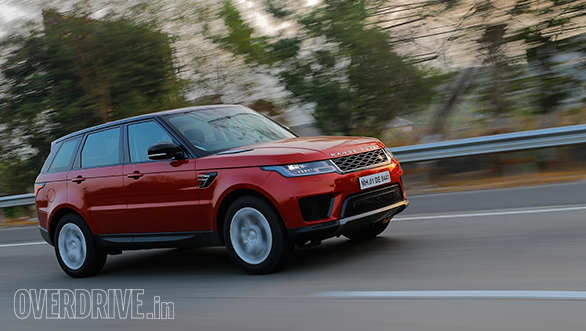 But what if you wouldn't mind some involvement along the way? You want the SUV chops and obviously won't compromise on the luxury. The Range Rover Sport fills that very demanding niche. It just so happens that Land Rover has just updated the Sport with a new base petrol engine, called the Si4, to match the new lay of the automotive land. 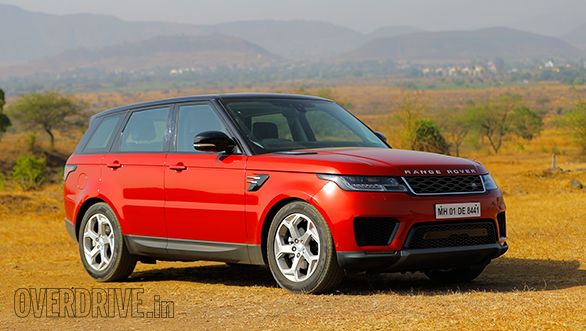 The looks haven't changed since the last time we drove it. It still has the imposing yet functional Range Rover look but sharpened for this more driver-centric iteration. The full-LED headlamps are swept-back and slimmer, which in conjunction with the smaller-looking grille accentuate this sharpness, while the big air-dams in the bumper and the clam-shell bonnet keep its SUV credibility in place. From the side, the quintessential Range Rover look of the thin pillars and flat sides is omnipresent. The Sport distinguishing itself with its slightly sloping roofline, slimmer glass area and the squarish crease that runs between the two wheel arches. The rear carries the typical boxy look, but we would have liked the taillamps to be a bit larger and not this similar to the ones on the Evoque. 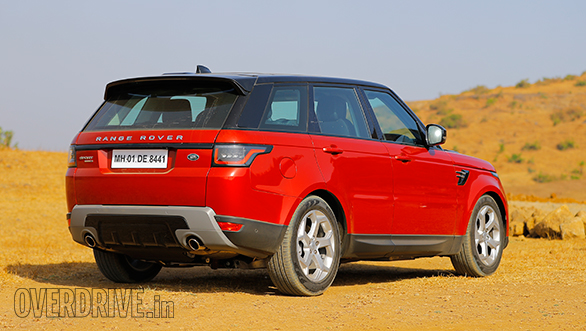 Other bits unique to the Sport are the various gloss black elements like the air-intakes on the bonnet, the arrow-like side-vents and the big diffuser at the rear. These do well to showcase this car's sportier intent, the Firenze Red paint option on our tester helped matters here, but the elements would have worked a lot better if they were functional. 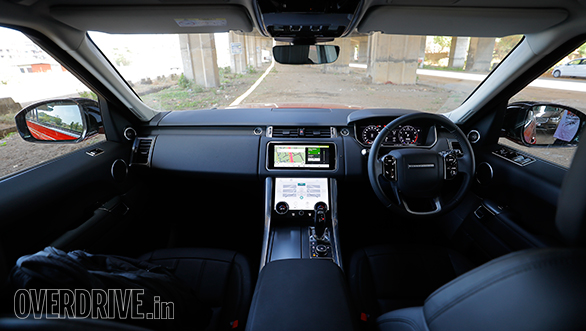 Like all new Range Rovers, the Sport too does a great job of giving off this minimalist but rich, new-age luxury vibe on the inside. This is greatly helped by the large glass area and the masses of space on offer, as its 2,923mm wheelbase would suggest. Also, helping matters was the optional retractable panoramic sunroof our car came with, which worked well to nullify the all-black interior trim. 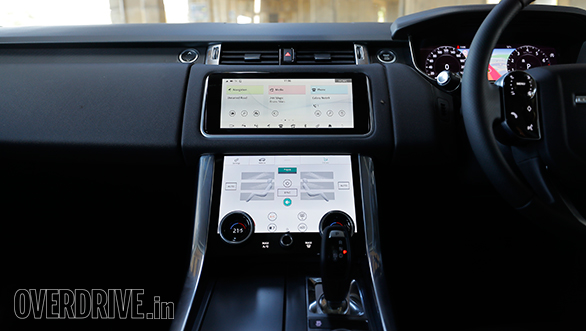 Speaking of trim, everything is soft to touch but at the same time feels sturdy and built for punishment. The highlight though is the Touch Pro Duo system. It grabs attention immediately with its high res displays but could do with quicker load times and better responses. The all-digital instrument cluster works well in conjunction and provides masses of information if being a bit fiddly with all its sub-menus. The dynamic steering-mounted controls also felt fluid to us and not something that got in the way of the overall experience. 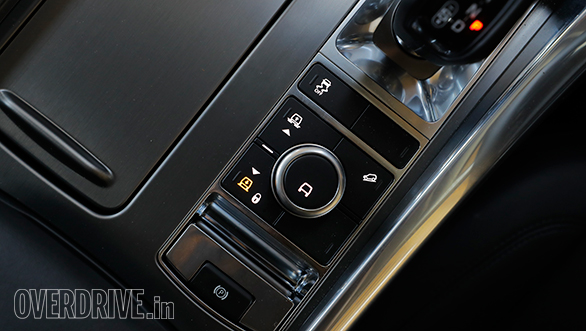 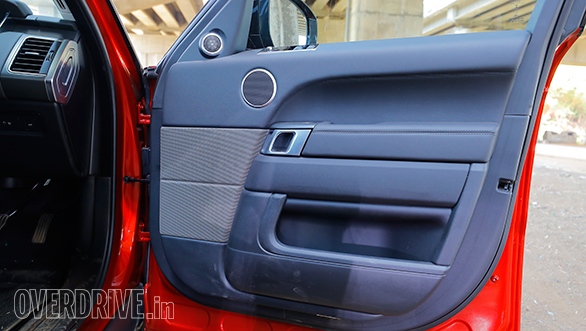 We also like how there is a right mix of physical buttons to supplement this. What we don't like is the placement of the buttons, especially in comparison to the Sport's German competition. The button arrangement on the doors is a perfect example of this. The power window switches are high up on the door-sill, the central locking button where the window switches should have been and the door latch is way below and out of sight. 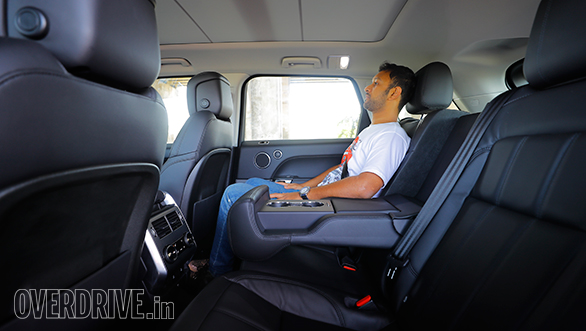 We have no such complaints from the seats though, both front and back. They're large, very well padded and feel soft and supportive. The optional four-zone climate control in our SE spec car cooled the cabin well in the May heat, but we expect ventilated seats in this part of the market. 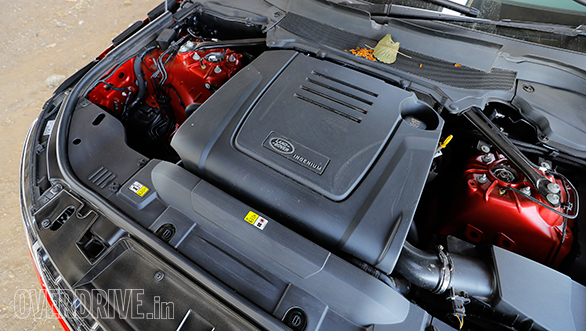 Debuting on the Range Rover Sport Si4 is JLR's new 1,997cc four-cylinder turbo petrol Ingenium motor. This makes a potent 300PS@5,500rpm and 400Nm@1,500 - 4,000rpm. As is befitting of this SUV, the engine operates silently and melds into the background in regular operation. Apart from some stray incidents where we jabbed at the throttle and the engine took some time to give its everything, possibly due to the eight-speed auto now being its sharpest iteration here,  it is up to the job of pulling overtaking moves or holding a steady highway cruise. Even in the city, the engine is bubbling away, always around the meat of its powerband, so keeping up with traffic is a non-issue. 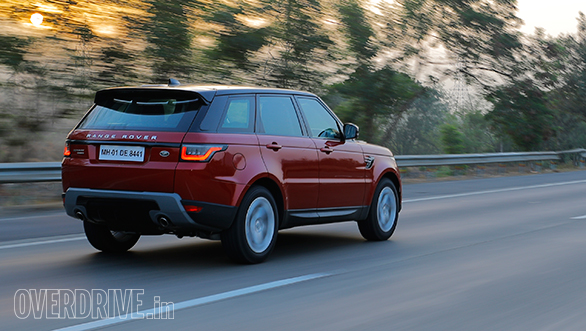 As our 8.2s tested 0 to 100 kmph time suggests, the petrol Sport will be brisk enough for most needs. Only those looking for a more decisive performance edge will need to move to the bigger engines. 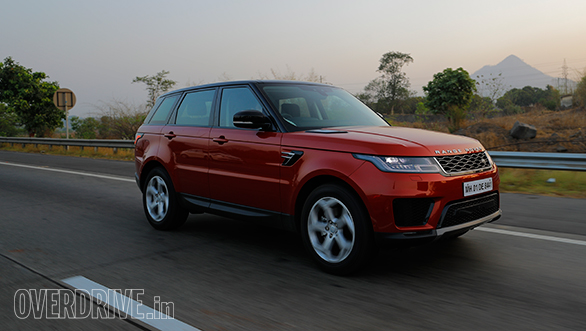 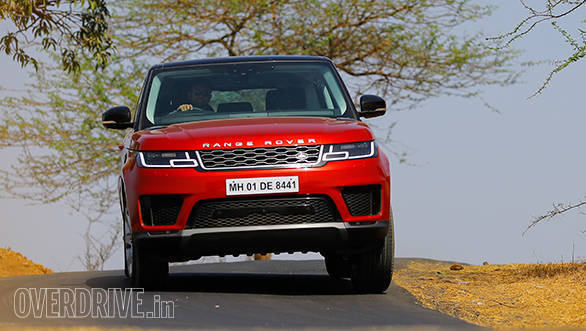 The Range Rover Sport rides like a Range Rover should and handles like an SUV with Sport in its name should. Apart from a mild bobbing sensation at very low speeds, the Range Rover is impeccable over all surfaces at all speeds. It absorbs every kind of bump possible and the very well set up air suspension means that there aren't any unnerving vertical movements either. Unlike a few other air springs out there, this one is not noisy. So there is a genuine sense of comfort and distance from what's happening outside. 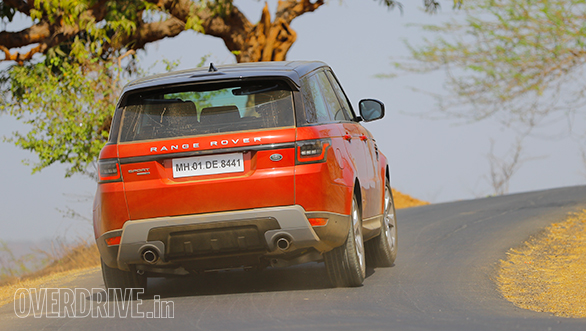 Turn a wheel in anger and the Sport holds its own very well, Far better than something this tall and big should. The car takes fast sweeping corners cleanly, holding its line and keeping body roll in check. There is some lean, especially in fast directional changes, but it's never unnerving, so you always have the confidence to carry through. The breaks aren't the snappiest but they're progressive and the consistent pedal feel means you won't be out of depth in most occasions. Our 44.5m/3.4s 100 to 0 kmph figure confirming this. 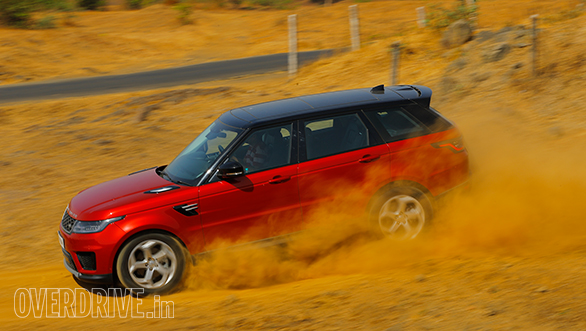 You would think that the absence of a Sport mode was a disappointment, but the standard Comfort setting strikes just the right balance. The thin-rimmed steering is light but has a nice sense of adhesion to it, weighing up well at speed.

In some mild offroading, the Sport remained completely unruffled. The SE trim gets Land Rover's Terrain Response off-roading aid and adjustable ride heights. These things are capable enough to keep you out of trouble in any off-road skirmishes that you are likely to ever encounter. 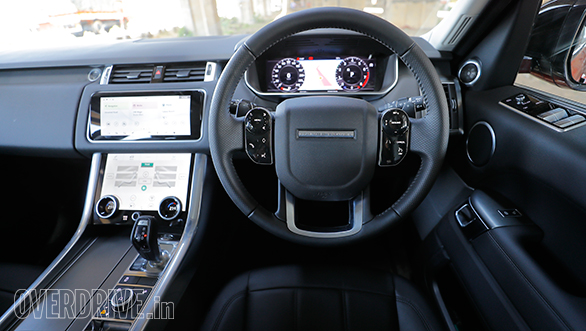 As is expected at this price point, the 2019 Range Rover Sport comes equipped with a comprehensive set of safety gear. Apart from the usual array of airbags, ABS and traction control, the Sport also gets passive safety tech like a low traction launch function, rollover mitigation, hill-descent control, a gradient acceleration and release control. Also available is a lane keep assist, adaptive cruise control and a forward collision alert. We found the optional (on SE) 360 camera very useful in parking and manoeuvring the Sport in and around the city. 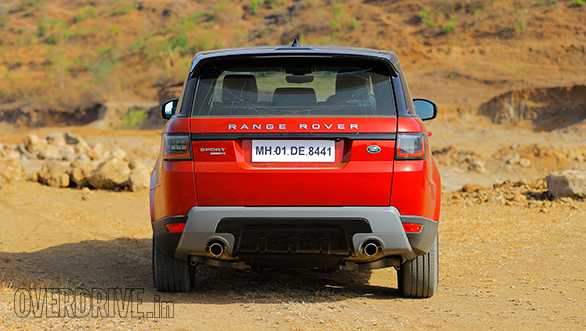 At Rs 94.48 lakh, ex-showroom, the Range Rover Sport Si4 SE, like its siblings, charges quite a premium over its other luxury counterparts. It could have been more value by offering some of the creatures comforts it misses out on or only offers optionally. 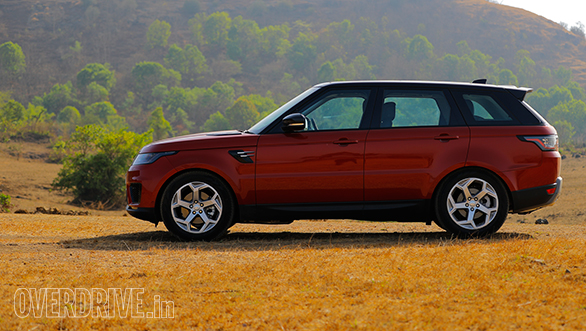 But you understand where the money's going. The Range Rover Sport delivers on its promises. It is a true luxury car, very good at cosseting its occupants and alienating them from the outside. As an added bonus its actually quite good to drive. So whether you want to waft by or whizz past, the Sport will do it.