BMW India ended 2019 on a high, launching the stunning new 3 Series and even bagging the Premium Car Award for it at the hands of the esteemed ICOTY panel. But they start 2020 with a big challenge. The BMW X1 is the bestselling car for BMW in India and is the bestselling compact crossover in the luxury space - in India and globally. With the 2019 Premium Car Award-winning XC40 stirring up inspiring numbers for Volvo, Land Rover exciting the fashionistas once again with an all-new Evoque and Mercedes-Benz opening order books for a (proportionately competitive) second-generation GLA - then X1 has quite a bit of work cut of for itself if it wants to hold onto that throne. The timing couldn't have been better then for the F48 X1's final makeover. 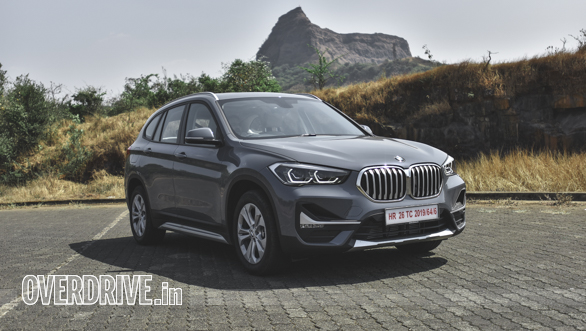 As is the case with any recent BMW, the grille has now grown larger. It isn't as polarising though and goes very well with the macho demeanour that the X1 tries to portray despite its compact dimensions. Also revised for 2020 are the headlights, which have a detailing similar to the new 3 Series, with two crescents replacing the corona rings. The tailgate is hard to differentiate from the outgoing car despite the slightly redesigned tail lights. But the bumpers, fore and aft, have a revised sculpting which is instantly recognisable. The most interesting bit for me is the new shade of grey - darker than the Octavia RS' Nardo. If I was buying I would pick this over the usual Blues that I love on my BMWs, and I would even get it one of those 'Wet Look' treatments. 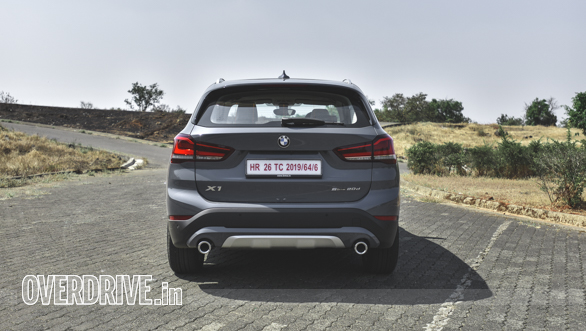 What trim level you choose will define what options you get for the exterior colour and the interior trimmings. What you see here is the xLine trim, which tries to portray a more rugged, off-roader look compared to the lower SportX or the relatively more athletic MSport trims. 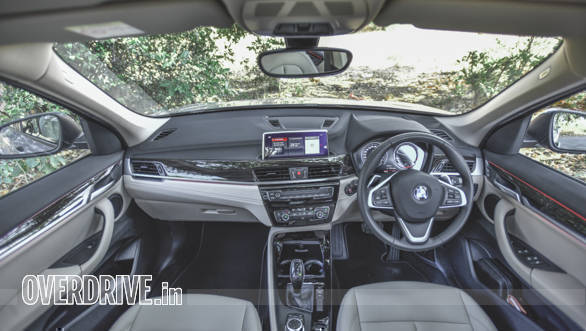 The cabin is familiar but with a few key changes - the gear selector now feels more BMW - curled perfectly to fit the palm, compared the bald round knob of the outgoing car. The panel around the gear selector is now finished in black, which looks better and is more enduring in the long run. Because it's an older platform now, there is no digital instrumentation even with this update. While that could leave many prospective customers wanting, I quite like the old-school dials, especially knowing how BMW has been treating its digital instrumentation. I just wished that these clocks came with the classic amber backlighting or changed colours as per the ambient lighting. Speaking of which, there are multiple colours to choose from for the ambient lighting. Though basic, the lighting package is tastefully done and highlights the Mini Countryman connection. You also get a puddle lamp that projects the X1 logo nestled within graphics that resemble the shape of the key-fob. Nice touch, that. 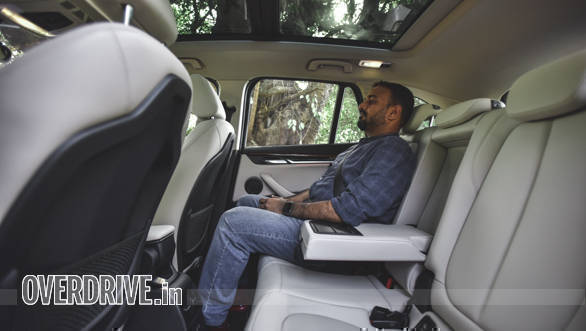 The cabin still feels nice and premium despite being an older design, and entry-level. There are no changes to the seats - you get a memory function for the driver seat, BMW-typical firm cushioning, and a fairly roomy rear seat for two adults. In fact, this roomy feel of this cabin is one of the biggest selling points for the X1 over its rivals. 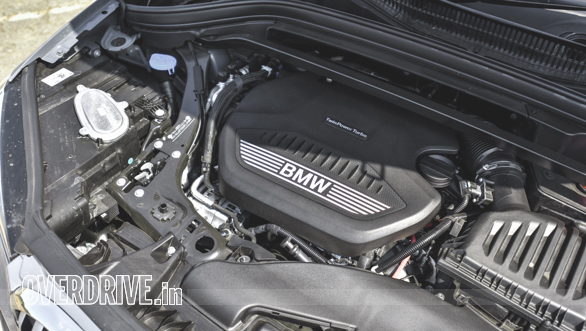 That could change soon, as the new GLA that is coming out this July has grown in size, keeping the X1 in its crosshairs. But let's talk about it when we drive the car. As for the X1 at hand, it carries over the 2.0-litre petrol and diesel motors from its predecessor. The diesel we have driven for this test is powered by the 1,995cc 4-cylinder turbocharged oil-burner which produces 190PS and 400Nm - all familiar numbers. It comes to life in the same silent and refined manner as before - almost making you believe it's a petrol. It's only past the 3,000rpm mark that the engine becomes vocal and even when it does, it's not too gravely like a typical diesel. 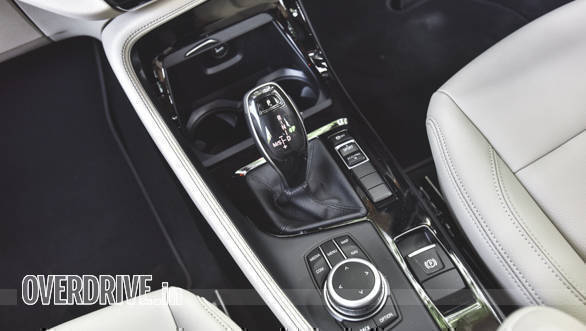 The diesel engine is mated to the eight-speed Aisin transmission that we have come to like over the years. Though not as telepathic as its ZF rival when it comes to driving in the twisties, it does a comparable job for the city commutes and highway cruises. The claimed figures haven't changed by much despite this new set-up being BSVI compliant. This package was known to be quite fuel-efficient and that doesn't change by much either - returning 10.65kmpl in the city and 16.39kmpl on the highway.

The petrol counterpart uses a 2.0-litre turbocharged engine that is good for 192PS and 280Nm, and a 0-100kmph sprint of 7.7, which is identical to the claimed performance of the diesel. Globally, BMW also introduced a plug-in hybrid with the updated X1, and I hope they consider it for the Indian market too. It will certainly give them an upper hand over the competition and provide a cleaner option for those wanting to make a statement without compromising on driving range. They have already made a similar move at the other end of the spectrum with the 745Le, so there is hope. 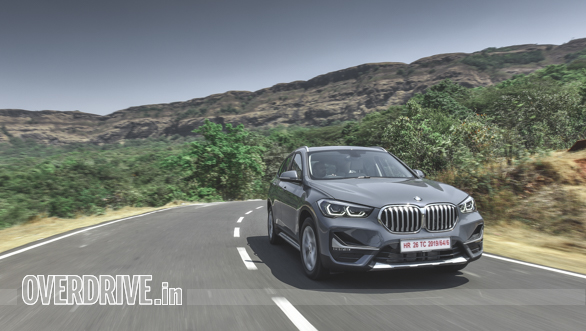 But it will all depend on what the consumer wants. Speaking of which, the typical Indian consumer of the X1 hasn't shown much love to the xDrive variant - which is why it isn't available with this update, at least at launch. It's only the sDrive variants that have made the cut. What's the difference between the two? The way the power is put down to the road! While the xDrive's torque vectoring system distributes power to the front and rear wheels to counter slip, and engages a rear-biased torque split for driving fun and BMW-typical agility, the sDrive variants feed 100 per cent of the power to the front wheels. The result is noticeable torque steer if you aren't measured with your throttle inputs, and a fair bit of understeer when you are enthusiastic around winding roads. There is also a noticeable kickback from the steering wheel if you encounter mid-corner bumps. Though the electronic nannies ensure safety at all times, the xDrive system did a fine job of ironing out these characteristic shortcomings of a torquey front-wheel drive set-up. 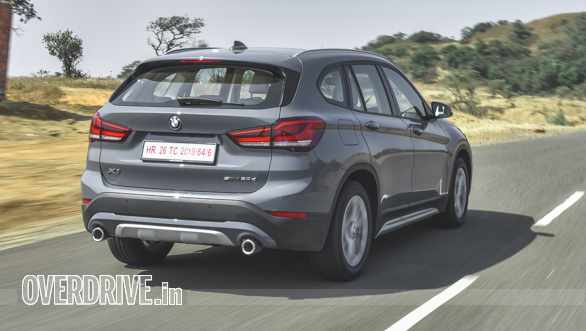 That said, the sDrive variant is only marginally slower to the ton compared to the previous xDrive we tested, managing the sprint in about 8.8s (versus 8.5s of the xDrive, and over a second slower than the claimed time). It stops quite impressively too, like most BMWs. Interestingly, the brakes seem to have lost the wooden feel we complained about previously - but on the flip side, they now feel a tad too grabby at city speeds. Our test car had only done around 200km on the odo and I'm hoping the pedal feel gets more progressive as the mileage goes up. 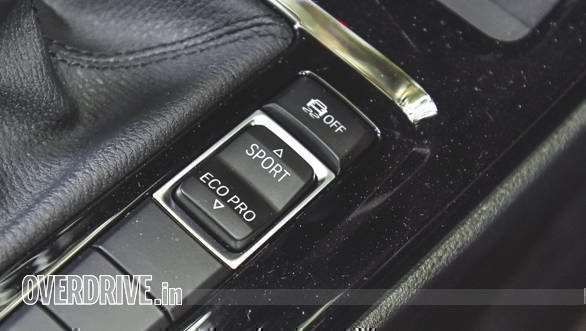 There are various driving modes to choose from, and while the difference in engine performance isn't very noticeable, the steering feel is significantly different between the Sport and Eco modes - where it can go from being direct and communicative, to overly artificial at the flick of a button (okay, two flicks). Comfort mode seems like the best balance for having a conveniently light steering and reduced torque steer.

The ride quality doesn't see any change over the outgoing car. It's on the firmer side and would feel firmer still if you were to compare it to the newer BMWs like the 3/X3. Our test car came with the 17-inch wheels as standard and MSport's 18-inchers are bound to make the ride harsher - so choose your package wisely if your commute includes poor roads. 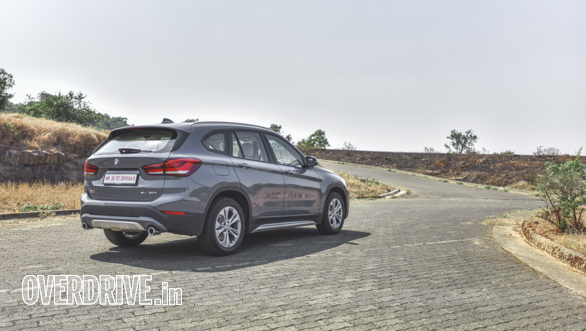 The bottom line is that the X1 has been the best driver's car in the segment - which is true for most BMWs. However, those credentials come courtesy of the xDrive torque vectoring system that make it extremely fun to drive. The sDrive system doesn't quite match those handling characteristics - so if you are looking for driving fun, this time you have got to look elsewhere. Without the xDrive system then, the strong points for the new X1 then are the roomy cabin, the SUV poise and the wisely designed finance and service packages that make this crossover one of the best value for money offerings in the compact luxury space - and that should help the X1 soldier on even in the face of the fierce competition.