A small, buzzing turbo-petrol, sharp looks and two slick gearboxes. Anywhere else these would be the performance kings in their line-up. But not so with the Kia Sonet. With its new sub-four-metre SUV, Kia has broken from the (newish) norm and made the diesel-powered Sonets the ones to really lust after. In a sign of the times, these petrol versions seem more a decision of the head than the heart. 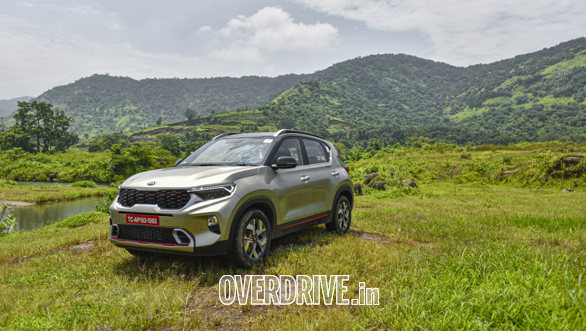 At the outset, we must acknowledge the distinct appeal that Kia Motors India has managed to cultivate for its GT Line package in the Seltos. More than just the go-faster looks, the added shot of performance these models come with have turned them into a great proposition for young owners who want all the utility an SUV can offer but not at the cost of an engaging driving experience. Know more about the Kia Sonet's styling, interiors and features here.

Unsurprisingly, this hit formula has made its way to the Sonet now. And like in the Seltos, the Sonet GT Line can be had in a range of flavours. The highlight is the fully decked out diesel automatic, you can read our impression of the Sonet diesel auto and its manual version here, and the 1.0-litre turbo petrol you see here with 120PS and 172 Nm. This is the same unit as in the Venue and Verna, and can be had with either the six-speed iMT clutchless manual gearbox that debuted recently with the Venue or the seven-speed DCT. Sadly, the most exacting enthusiasts will be left wanting, there is no manual gearbox option with the turbo-petrol as with the Seltos, although a diesel manual GT Line is available. 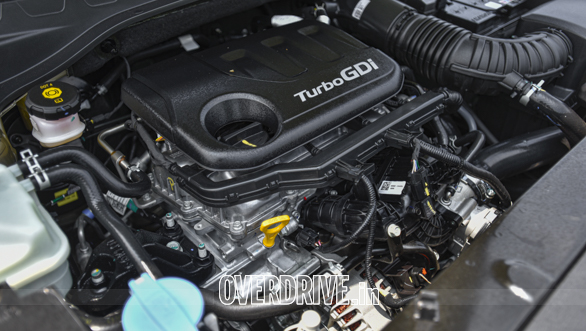 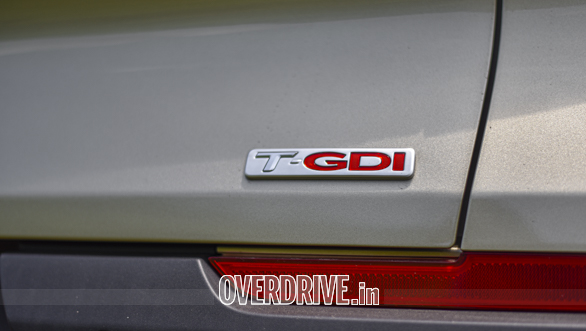 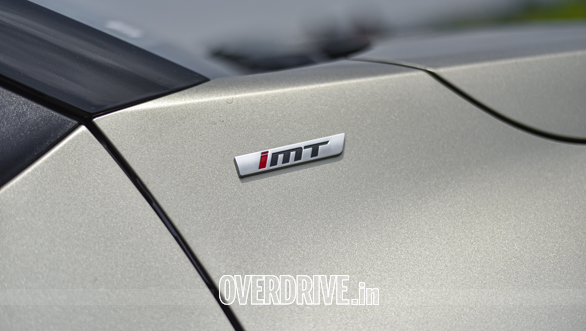 Visually, aside from the T-GDI badging on the bootlid and iMT or 7DCT  inscription on the fenders, there is nothing that separates the two versions from their diesel counterparts. Similarly, on the inside, the drive and traction modes have been left out in the iMT version. The DCT continues to have them but given their limited functionality, we don't really miss them in the iMT. Other than this, that long list of segment-first features continues here as well. But if you can't stretch to this top-spec GT Line, the iMT is also available in the mid-spec Tech Line HTK+ and HTX+, the latter also offering the DCT option. 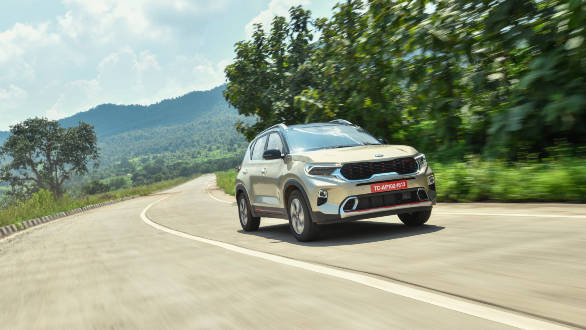 As soon as you set off, you find that this petrol Sonet, with the compact engine up front, feels a touch more agile than the diesel. It seems a bit more eager to change direction, even though the steering remains just as precise as the diesel. Combine this with the inherently responsive petrol motor, and this Sonet seems a touch more at ease in heavy traffic conditions. A big help here is the slightly sharper throttle response that is a petrol motor's inherent advantage. In fact, this is enough for the iMT to be 0.5s faster to 100 kmph from standstill in our tests than the diesel auto. With the DCT limiting revs during launches, the iMT is faster than that version too. Having said that, this advantage fades away the further you go up the rev band. This boosted petrol engine can't match the diesel's immense mid-range prowess, or in the case of the iMT be made to react as quickly as the torque converter in the diesel or the DCT. It may be different on a drive up the hills, but at speed, the added weight of the diesel also adds another dimension to the body control. This shows up when you pass through an extended rough patch with either of the turbo-petrols, in some minor unwarranted sideways movement. Other than this, the turbo-petrol Sonet also carries forward that nice balance between comfort and engagement in its suspension tuning. The slightly stiff edge to the Seltos' ride that came as a cost to it having better body control than the Creta has been evened out to a large extent in this application. 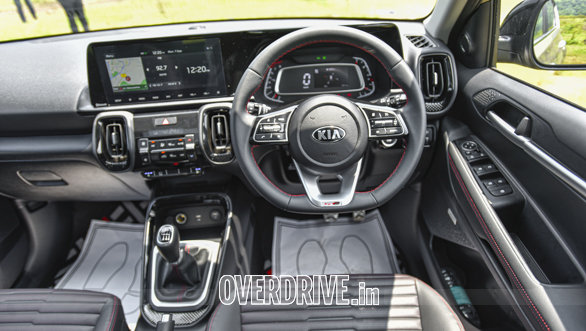 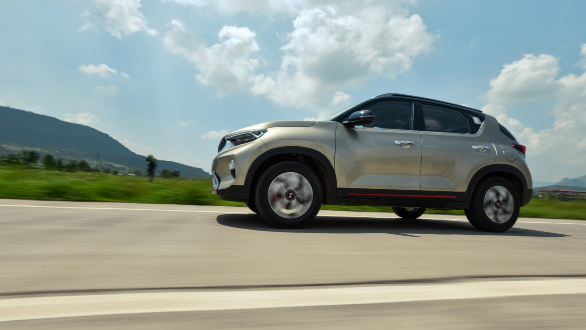 The six-speed iMT in the Sonet is mechanically identical to the unit that debuted in the Venue recently. Consequently, it uses that same setup of an intent sensor in the gearlever and a hydraulic actuator to operate the clutch. But it's not just a straight lift, Kia has also retuned this gearbox in keeping with the Sonet's sportier disposition. On the move, we found this to have done away with the slightly notched feeling that the shifts had in the Venue, especially during heavier throttle inputs. It's an even more natural feeling now, and the clutch also seems to react marginally quicker to your demands than before.

Other than this, the gearbox remains as easy to use as we found in the Venue. It's impossible to stall, and with the hill-hold function available here too, there is little risk of rolling back on an uphill start. Just like in the Venue, if you find yourself in too high or too low a gear, a prompt shows up on the MID asking to shift while the clutch remains disengaged. Also, unlike in the diesel-auto Sonet, you can rev this engine right up to the redline. 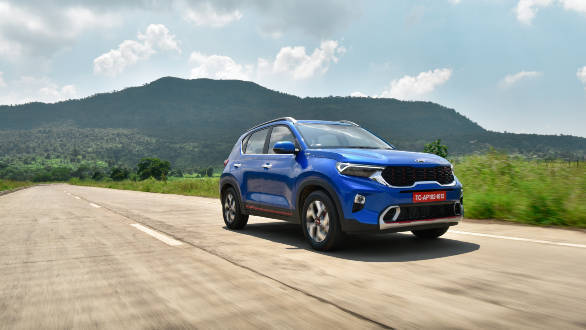 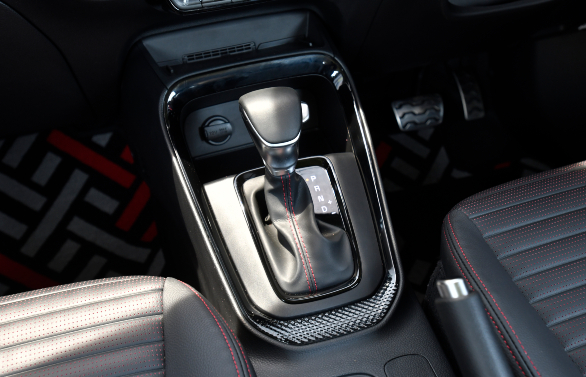 That's also something the DCT-equipped version doesn't let you do. But by trading in that heady sensation, you get a quick-reacting and surprisingly frugal SUV. There is some of that DCT cliche of slightly uncertain low-speed downshifts, but once on the move, this gearbox fires through gears the way you would like a DCT to. This gearbox was already one of the better-tuned of its kind out there, and Kia hasn't needed to put in as much work here as in the iMT and torque-converter to make it a pleasant drive,

But where this configuration scores surprisingly is in its efficiency, it's as frugal as the diesel automatic at 13.78 kmpl(overall). It skips through gears quicker than the torque-converter, and with the extra cog on offer, it can give you quick overtakes as well as an unstressed engine at cruising speeds. 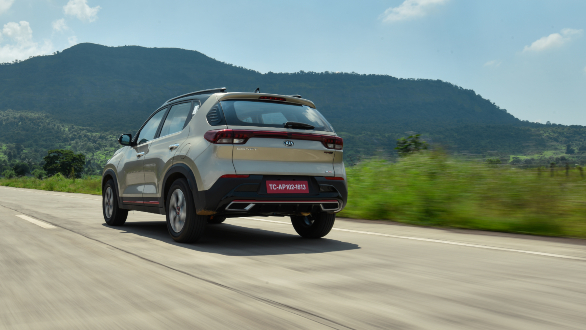 The turbo-petrol Sonet can't match the jack-of-all-trades demeanour of the diesel automatic. The DCT runs it close but loses out on that last bit of exhilaration that the flagship diesel offers with its mid-range responses.  Having said that, we expect the petrol to be significantly less expensive than the diesel, even in DCT guise. And if you need a small, agile yet comfortable car(not just a sub-four-metre SUV mind) for your city commute, that packs almost every feature you could ask for at its price, then the turbo-petrol Sonet might be your best bet. Of course, the added convenience that the iMT offers for not much more outlay over a manual sweetens the deal even more. But the DCT with its quick and frugal shifts and full automatic experience means you can't really go wrong with it either. Effectively, your budget will decide which one you pick.

2020 Kia Sonet SUV revealed: Everything you need to know

Watch our video review of the Sonet below: