If you're fairly well-heeled traveller, you'll know that not all first-class, or business class, cabin experiences are created equal. But you'd know that it's hard to go back to flying economy - and that's pretty much why you see those descriptors so often when it comes to luxury cars. There simply is no better, or more relatable, benchmark. In the case of Toyota's Vellfire, the question is, is it closer to first-class, or business, and can it surpass benchmarks set by other luxury vans and sedans? 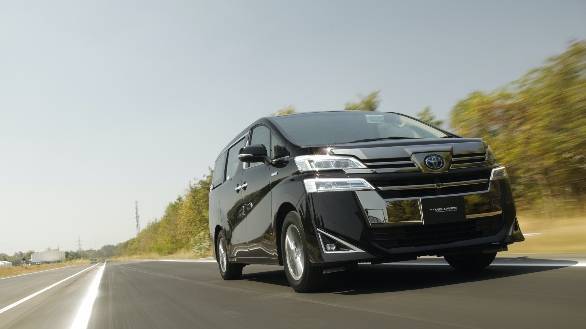 Larger than it actually is, for starters. Dimensions at (LxWxH) 4,935mm, 1,850mm, 1,895 make it the tallest of its kind, taller than even the Mercedes-Benz V-Class, though it isn't as long as it, or even as long as something like the Kia Carnival. But given the height, it does quite literally stand out. 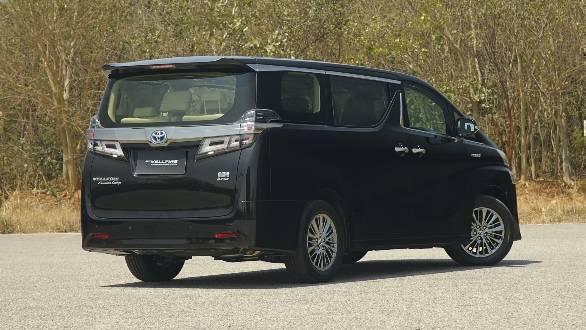 Helped no doubt by the huge vertical nose, with chrome 'armour' sections large enough to work as grilles for multiple smaller-sized cars. Toyota says, that with this much metal, no amount of chrome could actually overpower the design, and in the flesh, it would almost seem that way. Even the hyper chrome 17-inch wheels don't seem overdone, against the vast expanse of the sides of the Vellfire. More chrome around the rear frame clear lens tail lights - and given that the Vellfire is a CBU straight from Japan, seems fitting.

Powered sliding doors reveal a second row of captain chairs that would look more at home in a Boeing. Toyota offers a choice of two interior colours - beige, and the black you see here, and the beige helps the interiors look even more luxurious and spacious. 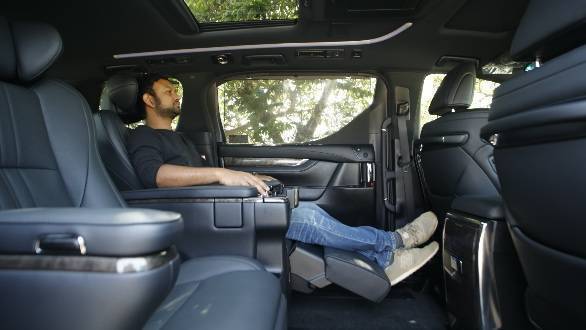 Back to the rich-leather covered seats, which you sink into and feel enveloped by the moment you do. Fully electrically operated controls are present in a flip-open panel to recline the back rests, lift the foot rests, and extend them, and even slide the seats forwards and back. The other arm rest flips open to reveal a folding desk, with a cup holder neatly packaged out of the way but still well within reach. It's the kind of seat you wouldn't want to get out of, let alone need to, with everything presented to you, including seat ventilation and heating, 17-speaker JBL sound system and entertainment, via the flip down 13-inch screen on the roof, complete with 90's style remote control. There's even two sunroofs, one for the second row, and a manually operated one up front. The large windows open nearly all the way down, and have equally large manually operated sunblinds. Even with the driver's seat set to my height (5ft 11in), there was enough space in the recliner directly behind it to stretch my feet out on the rests without touching the front of the seat. Of course, this is with the second row slid all the way to the stops. 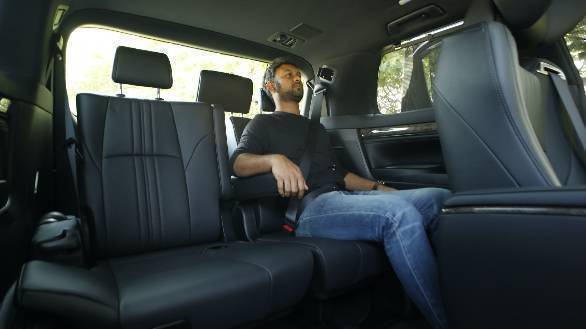 Climb into the third row at this setting and you'd still manage to fit an adult back there in comfort, but a little give-and-take with the second row setting will result in the most comfortable third-row experience we've seen so far. Toyota says the Vellfire is a 7-seater (2-2-3), but we reckon two people in the third row will be the most comfortable. We don't have a number yet on the cargo capacity but with all rows up, you should still be able to stand up two large suitcases, if not more. 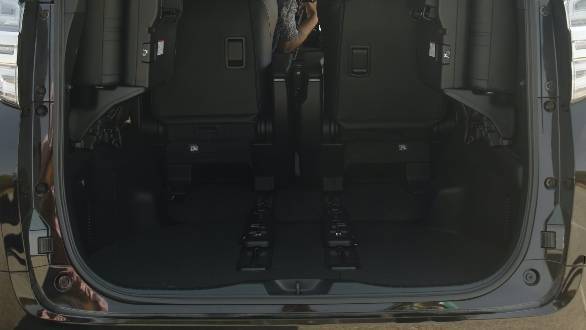 The front of the cabin is where you feel a little more of the plasticky surfaces, compared to the rear where you can tell efforts have been made to lay soft, plush materials at key touch points. The leather covered dash comes back to meet you, with a large 10-inch touchscreen sitting proud at the top of the central tunnel. Seating is still wide and expansive, but once you're used to the rear loungers, you'll be spoiled for life. What's great is visibility all around, helped by a clear 360-degree camera. As standard, 7 airbags are offered, offering full coverage even into the third row. 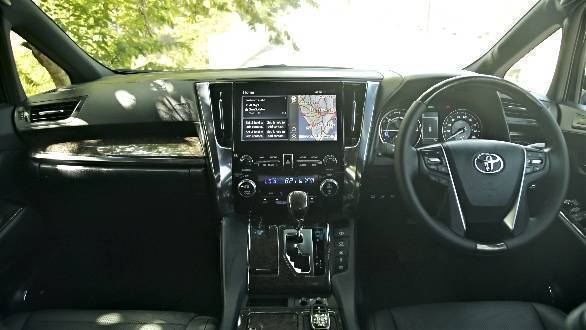 Pushed a ways back under the short hood of the Vellfire is a hybrid powerplant  a 2.5-litre petrol engine running the Atkinson cycle, which is paired with two electric motors, one on each axle. A CVT handles the power, and manual control is afforded via the gear lever, with no paddleshifters present. This will be the only powerplant on offer, and it should be the next most important thing to stand out on the Vellfire after the second row seating. Toyota claims a 16kmpl fuel efficiency figure, a huge number for a vehicle that carries a kerb weight of 2,280kg. I haven't explained the power figures yet  the petrol engine we get is said to be rated at 117PS and not 150PS as on some international models, with a max torque of 198Nm between 2,800-4,000rpm, while the front motor is rated at 143PS and the rear at 68PS. Yet, Toyota is a little hesitant to claim a combined system output but instead estimates 'near 197PS' of power is available, with no word on torque. 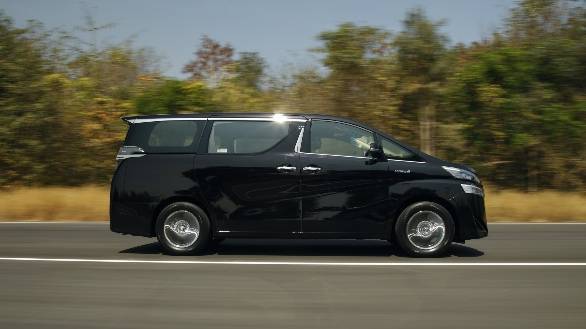 On our short drive at Toyota's test track, we found the Vellfire to be far easier to drive than its size suggests and more than willing to pick up speed at a gradual pace. Like any CVT, measured throttle inputs are key, also to ensure that the powertrain stays in electric mode. The switch between the electric motors and the petrol engine is seamless, and sometimes the only way to tell is by the power split graphic in the instrumentation. And just like the smooth build of pace, the ride quality too seems to be well-judged, with minimal roll and pitch. Though, the one small break in the tarmac we managed to find, showed that the Vellfire is sprung on the stiffer side but we'll have to wait for a road test to say that with any certainty.

I have no doubt the 60-odd Vellfires we spotted at the Toyota plant will find buyers soon  it offers a cosseting second-row experience ahead of everything else, luxury sedan flagships included. We haven't tried the Mercedes V-Class Elite yet (that's the one with lounger seats) but that variant is a good deal more expensive than the expected ex-showroom price of Rs 80-85 lakh for the Vellfire. In fact, I struggle to find holes to poke at in the package, except in its likely pricing. At that price, nothing else comes close to the first-class experience you get from it. 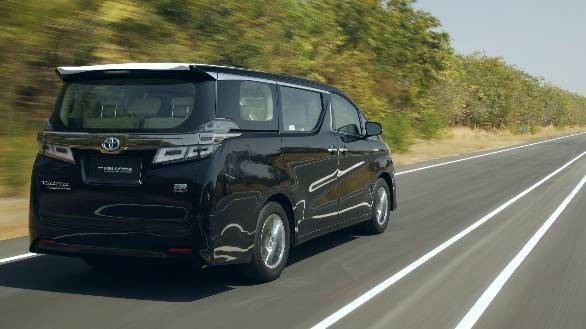