Search for hybrid cars on the internet and you're sure to get a long list of search results. Search for hybrid motorcycles and you'll probably scratch your head looking at the dismal results. That's how focused the world is on developing alternative means of propulsion for cars today. The humble motorcycle meanwhile makes do with either conventional internal combustion engines or full electrics. There's no step in between, despite the potential hybrid powertrains could hold for motorcycles. 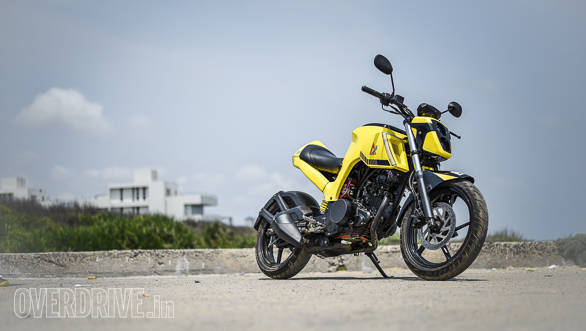 The reasons are pretty obvious though  developing hybrid powertrains is a lot more complicated than eking out that last bit of efficiency from a petrol engine or plonking an electric motor and battery pack in place of the engine. Which is why, even in the car world, it's only niche manufacturers who are resorting to hybrids, while the mass market witnesses an influx of electric cars as they're easier and more cost effective to develop than hybrids.

But does that mean hybrid technology isn't a viable solution for motorcycles? The young guns at Chennai-based Blaer Motors don't think so. What started off as a college project has evolved into a pre-production prototype, which is what the motorcycle on these pages is. Based on a Yamaha FZ16, the bike has been developed by Abinesh Ekambaram, Ashwin Badri, Adarsh Lakshmanan and Niranjan Kumar to showcase the potential hybrid powertrains hold for two-wheelers. Blaer Motors was instituted in 2014 to develop new, eco-friendly technologies for two-wheelers that wouldn't need you to compromise on the fun part of riding. And motorcycles are meant to be fun, aren't they? 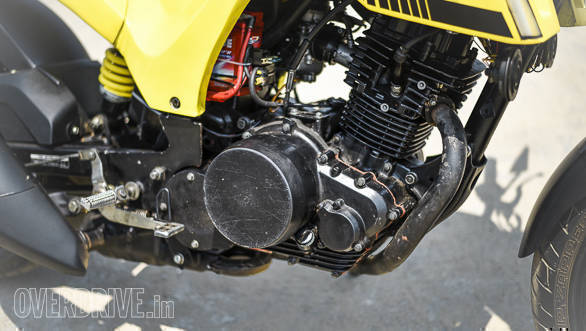 The engine casing had to be modified to accomodate the motor right behind the engine, while the battery pack sits in front of the fuel tank

These youngsters are clear they aren't looking at launching their own two-wheeler brand and selling motorcycles, unlike several other start-ups. The motorcycle here hasn't even been renamed in fact, as it more of a platform for them to showcase the Blaer SPA or Secondary Power Assist technology, a plug-in hybrid technology these youngsters have developed and patented on their own. When I met the guys, they were eager on explaining how the move from BS IV to BS VI directly (due in April 2020) will make internal combustion engines more environment-friendly given their lower emissions but will adversely affect engine performance.

In comparison, Blaer SPA will result in a 30 percent reduction in emissions over BS IV engines while bumping up fuel efficiency and engine power both by as much as 40 percent! That is a tall claim, but instrumented tests at the GARC (Global Automotive Research Centre) Chennai as per the IDC (Indian Drive Cycle) and WMTC (World Motorcycle Test Cycle) have confirmed these gains I was informed. When asked why the Yamaha FZ16 in particular, the reply I got was that the FZ16 uses a monoshock which made it easier to modify the swingarm to increase the wheelbase for accommodating a brushless direct current motor behind the engine. 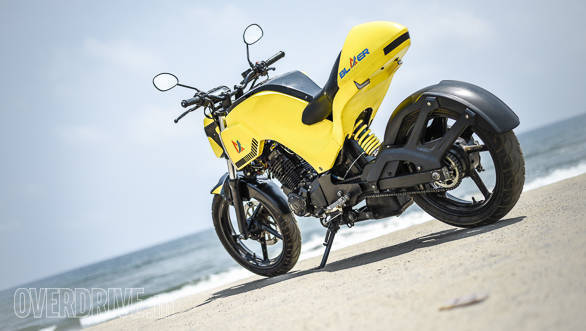 Another reason was the fact that the FZ16 is the only carbureted motorcycle to use a throttle position sensor, which facilitated the ease of working with the electric motor. The project was undertaken with funding from NIT Trichy and the Government of India, and as I found out over the course of my ride, the bike is an interesting creation. The FZ16's stock engine, a 153cc, air-cooled single-cylinder engine offered 13.8PS, but I'm told theoretically the bike you see here offers about 19.5PS, coupled with the electric motor, which is close to the FZ25's output of 20.9PS! Peak torque produced by the motor and engine together is up to 22.4Nm on paper, up from the stock bike's 13.96Nm.

The bike uses a plug-in parallel-hybrid system and the motor is connected to the gearbox and not the wheel directly. The battery is a portable one and sits in front of the fuel tank. A hinged cover is being designed to facilitate easy removal, considering that most users live in multi-storied buildings. It weighs just about 5kg and can be pulled out and recharged in the comfort of your home, which makes it very convenient. 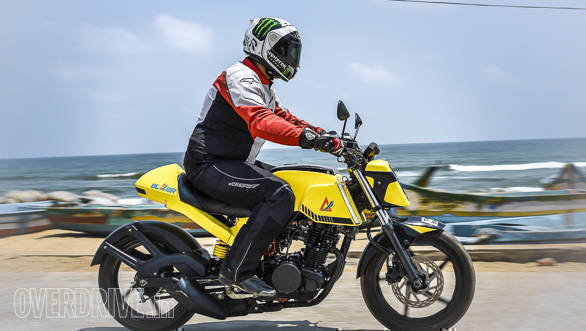 When you take off from standstill, the bike starts rolling forward in pure EV mode. The engine is fired only once you pull the clutch in to shift up to second gear

The hybrid system has been programed such that you can take off only in electric mode. Effectively you turn the ignition on, slot in to first, open the throttle and release the clutch conventionally. As soon as you pull the clutch in and upshift to second gear the engine is fired up. The engine kicking in was accompanied by a little jerk as there's a surge of power going to the rear wheel and the difference in the performance was noticeable almost instantly. The FZ16 always felt a tad slow for a 150 given its lower output and fat rear tyre as compared to other 150s, but the Blaer hybrid offered a torquier feel throughout.

There's three modes on offer, pure electric, hybrid and petrol mode. Electric mode offers a 40km range and a top speed of 60kmph, while petrol mode offers about 105kmph, while returning 35-40kmpl. Hybrid mode extends the motor's range to 130km and boasts a higher top speed of about 120kmph. The biggest highlight though is the claimed fuel efficiency of 60kmpl in hybrid mode, which is comparable to a 125cc commuter! On the road the bike felt noticeably quicker and faster than an FZ16 thanks to the improved thrust. What's even more impressive is the fact that the bike weighs only 8kg more than a stock FZ16, which, considering the increased outputs means a better power to weight ratio. 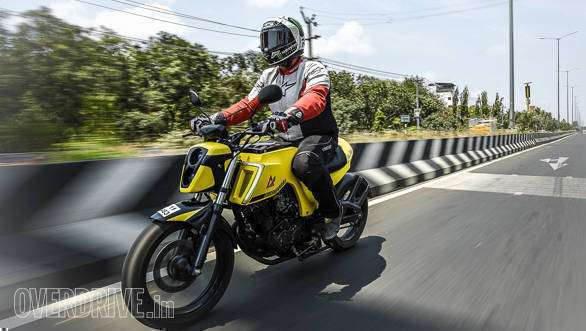 The bike seen here is merely a prototype to showcase the potential hybrid powertrains hold for the two-wheeler segment. Thanks to the combined outputs from the petrol engine and the electric motor both, the bike feels more powerful and offers better thrust at all times

The going wasn't all smooth though, as a number of issues were faced during the development, like short circuits, burnt wires, oil leakages and the like. These boys were determined to make the project a success though, and having developed what is effectively India's first hybrid motorcycle, they are now keen on working with a two-wheeler manufacturer to develop and improve their technology further. They are in talks with manufacturers currently and are hoping to co-work to develop the country's first mass produced hybrid two-wheeler. They believe hybrid technology is not just a stop-gap arrangement on the way to full electrification but is a completely feasible solution in itself. And having ridden their 150cc prototype, I can sure vouch for that!