When we started out to compare the 2016 Harley-Davidson Roadster to the 2016 Triumph Bonneville T100, we thought that the similar price points would make the job easy. Sigh. How deluded are we, eh? That being said, the comparison was more interesting to us because it revealed to us something about the Indian motorcycle market - and we shall come back to that at the end of this story. The logical third wheel in this story was the Ducati Scrambler. Unfortunately, the motorcycle in question was being repaired and hence couldn't be here for the test. Luckily we have ridden the Ducati extensively - see box. And now, let's get right into it.

The Harley and the Triumph  and indeed the Ducati  are all designs that look back. The Ducati looks back at the Spartan scramblers of the seventies. The Triumph draws on the iconic motorcycles that wore the same name 40 years ago. The Harley channels a combination of cafe racers, bobbers and drag racers from various decades of the 20th century. 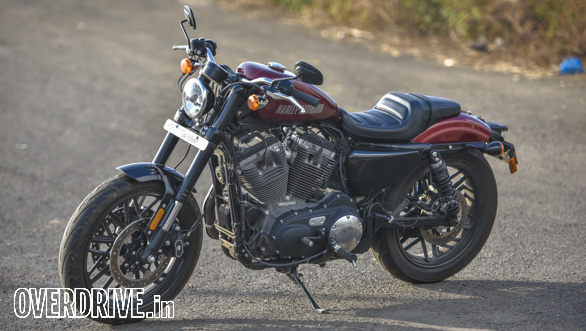 The tucked-in headlamp, upside-down forks and twin discs promise performance and that tank, despite the look, holds 12.5l, which is, er, adequate

And all three look very, very good to my eyes. The Triumph looks the most evocative to me. Triumph has nailed how the modern lines and technology of the Bonneville connect directly with the old-school cues. And they're everywhere. The spoked wheels, the two-tone paint, the simple shape of the tank, the knee-rubbers, the simple flat seat... 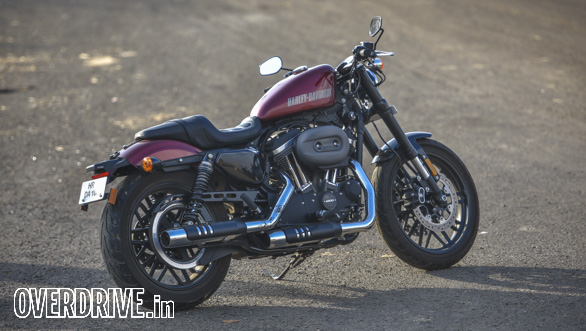 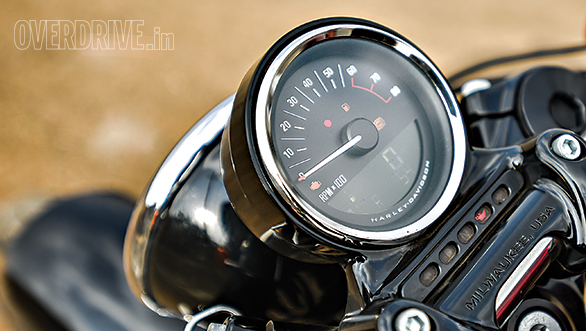 The Harley-Davidson looks made to its name as well. It has no extraneous bits and everything seems pared back and sharpened up. The low bars, tucked-in headlight, the tank shape. And the simple seat ending in the rear fender is a purposeful shape. A lack of garnish and chrome elements makes the Roadster look serious. Harley makes a big deal of the ornate alloy wheels, but frankly you won't even notice those until much later. But this is a good-looking Harley. 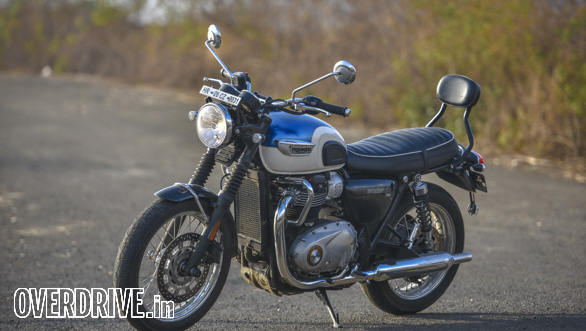 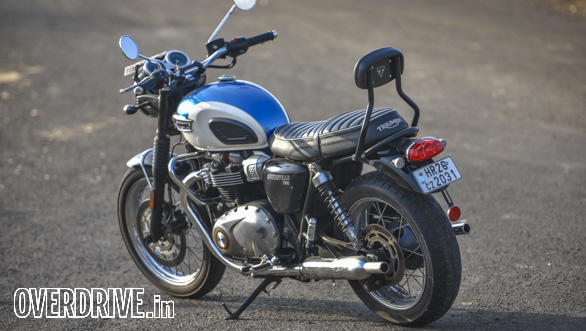 There are accessories like the grab rail which are extra here 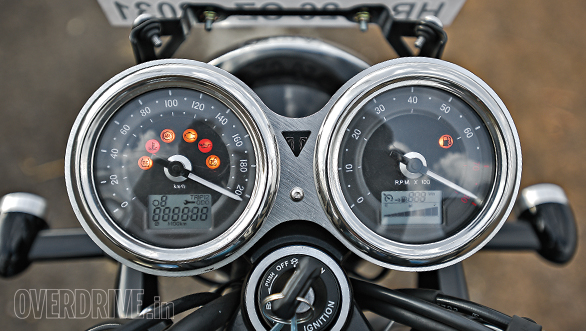 I'm going to let you pick your favourite design of the two. But on the build and finish front, the Triumph is ahead. The Harley is just not finished as well as the Triumph. And in the recent year and a bit, the British company has been paying attention to the details and it makes their new motorcycles look and feel far better than almost anything else in the price class.

Here the two motorcycles show how far apart they are in nature, feel and intent. The Harley is smooth after a fashion but geared tall. It likes to lope down the highway but getting off from a rolling start requires a bit of slipped clutch, and low-speed running will require low gears as well. Once the speeds come up, the Harley looks and sounds good. 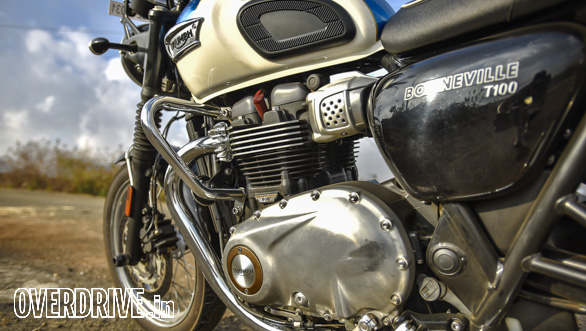 The Triumph is dramatically different. The engine is made of the finest silk. There's no vibration or sign of strain anywhere. The first time you bounce off the redline or feel traction control cutting in, you will be surprised because there is just no indication that you're about to breach a limit. The gearing is well chosen too, so thrumming shortly along at a low speed can be done in as high as fourth or fifth (top) gear without any complaint from the motorcycle. It makes riding the Triumph quite a bit more peaceful out in the city. 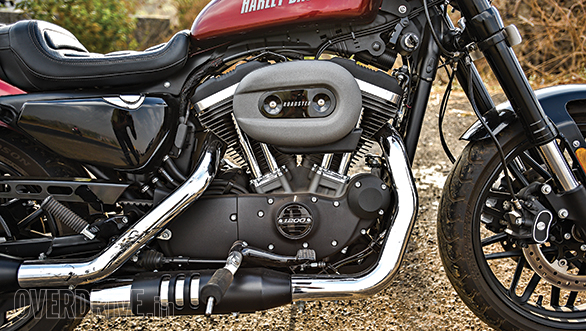 On the flip side, the hunkered-down riding position of the Harley makes highway speeds just a bit easier. The Triumph seats you high and straight and you're taking the brunt of the windblast. All your stints over 120kmph rapidly come back to settle at 90-100kmph where the speed feels nice and the wind isn't too much of a bother. The Harley will hold 100-110kmph, maybe even just a bit higher with ease. 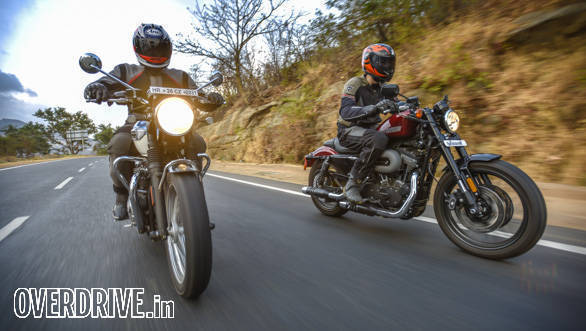 In performance terms, they're even - just see the spec sheets. The lower weight and gearing of the Triumph matches the bigger engine and torque of the Harley, and the acceleration to 100kmph is exactly identical. The Triumph will have a higher top speed but since neither of these is an all-out performance bike, the relevance of that is negligible.

In economy terms, the Triumph offers a bit more economy and has the bigger fuel tank and that should mean longer runs down the highway on the T100 than on the Roadster.

Comparing the handling of a Harley to anything else is difficult because the American brand has developed a unique feel that its customers love and crave. But the XR1200X-derived Roadster chassis is a good bit more, er, normal. It chases the goal set by its name by offering steering response that's considerably faster than Harley's usual. As usual, the pegs grind long before the chassis or the tyres are at their limit and so mid-corner stability is unquestionable. The torque is ever-present to drive you hard out of corners. Inasmuch, the Roadster is a satisfying motorcycle to corner as Harleys go. 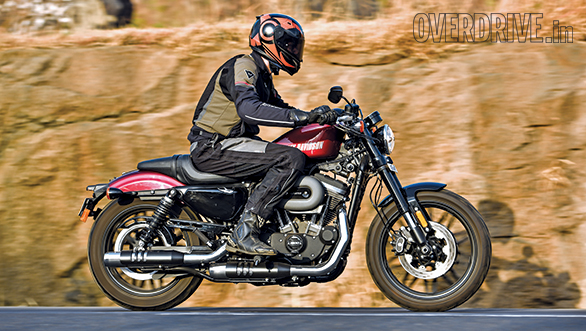 The Triumph is not sportsbike either, though. The chassis set-up is soft and slow by design. So the T100 turns into corners with a considered pace and a neutral stance. Mid-corner stability is good and the cornering clearance is better than the Roadster but a cornering demon it isn't, by design. The 900cc parallel-twin drives firmly out of the corners using its considerable torque. Again, you're satisfied but a chicken strip killer the T100 isn't. As performance oriented as the Harley is, that retro-nostalgic the T100 is too. 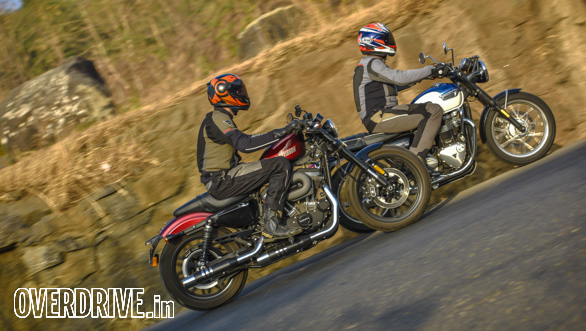 A bigger difference lies in the ride quality, which is night and day. The Harley is as stiff as the proverbial board. It exhibits some dive when you hit the twin disc brakes hard. But it has almost no absorption. This makes the Roadster feels connected and alert on great roads. But on every other kind of surface, the Harley is distinctly uncomfortable. Bumps jolt through the motorcycle directly to the rider and this gets tiresome on our roads very, very rapidly. 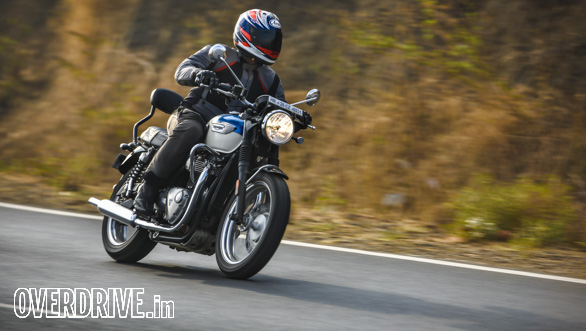 The Triumph, in comparison, is magical. It's sprung softly and it feels oh so plush. It wafts over roads as if the wheels are barely touching tarmac. At moderate speeds, the T100 feels wonderful. It does have a chink in its armour though. When you decide to elevate speeds, it immediately feels out of its depth. The wonderful plush feeling is replaced by wallow and now and then, you will also bottom both the forks and the rear shocks out too.

On the brakes, I will call them about even. Both stop well enough, and have ABS but neither offers as much feel as I would have liked. Both the set-ups do offer a likeable initial bite and feel friendly and predictable to use. 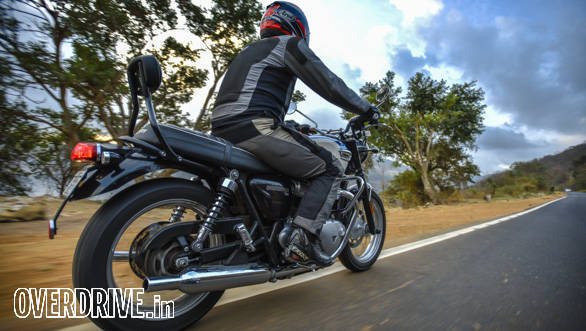 The Harley, obviously, suffers form a stiff ride. The footpeg position also gets in the way of slow speed, feet down work. It also has a heavier clutch compared to the Triumph. The T100's riding position and ergonomics are different and comfortable and it has a light clutch. However, I am not a fan of the stock seat. It's too soft for my liking and a three-hour stint causes certain muscles to protest, whereas the Harley seat, surprise, caused far fewer issues.

A friend of mine likes the term hipster. To this person, it's not a term of endearment. It's a term for people and things who've traded in function to achieve better form. And that describes both of these motorcycles rather well, no?

What riding these two (and the Scrambler) around in our conditions suggests that there is still a yawning gap for a motorcycle that understands how to handle our conditions and riding patterns to arrive on the scene. The T100 and the Roadster are both too hipster for serious riding. 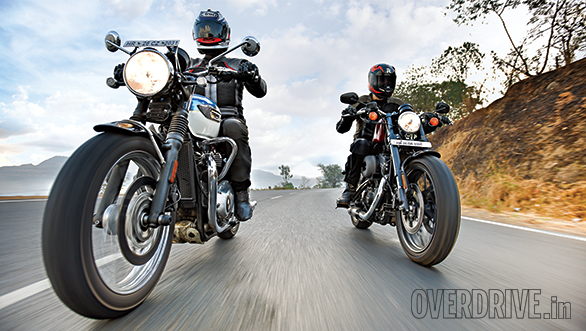 But for casual riding, they're hard to go wrong with. If you run with the Harley crowd - or if that is the aspiration - the Roadster is a good bet. It has a smooth engine. It can actually corner and it looks good too. You will need to work out how to live with that stiff-stiff-stiff set-up but it's not an insurmountable obstacle.

On the flip side, the Triumph Bonneville T100 is a vastly simpler motorcycle to appreciate. It feels lovely, absolutely lovely to ride within the narrow envelope it likes to call home. Moderate your speeds, channel your inner hipster and there is hardly any motorcycle that looks or feels cooler to ride in India. But outside that boundary, the T100 feels out of its depth in ways that a 900cc motorcycle really shouldn't, and it makes me want to recommend the T120 which might use its extra grunt to push the boundary. 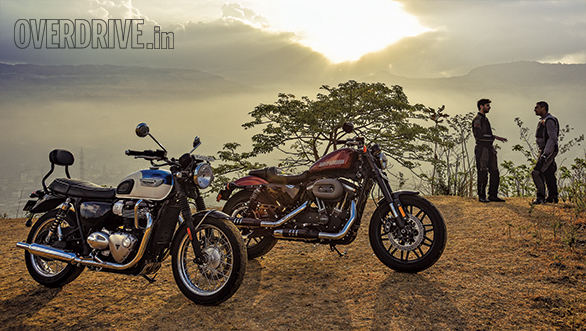 So, winner? Well, the Triumph is the motorcycle that is better adjusted to our conditions to be sure. It's easier to live with on our roads than the Harley and, in most ways, than the Scrambler as well, although the Ducati is clearly more capable than the T100. But let's be honest, if you're serious about riding, none of these three, at least in stock form, will do. You're going to have to wait for something new to come, order bits to customise your experience... Or do what I'd do, save your money and look at the segment below. Many, many good options there!

If you read OVERDRIVE with any regularity, you know that we aren't fans of the Ducati Scrambler. We've found that the suspension is too stiff for our conditions and the throttle is way too sensitive, and it makes riding the Scrambler smoothly very hard work on our roads. Also, servicing and spares for the Scrambler are expensive. 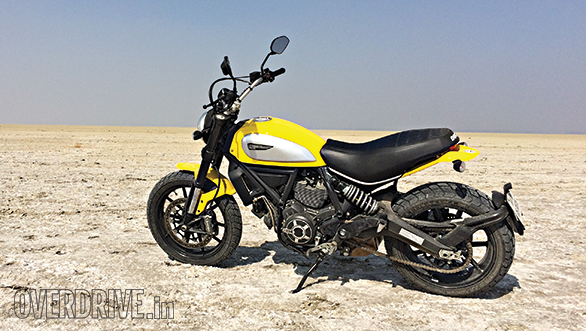 However, in this company, the Scrambler looks very good. Riding it can feel a little Spartan in the sense that it feels skinny and smaller than either the Harley or the Triumph. But performance is unmatched and the 803cc V-twin is, comparatively, a beast. The Scrambler will happily go quite a bit off the road as well. That makes it a solid alternative to these two.

The point we would keep in mind is that the Scrambler is less expensive to buy than either the Harley or the Triumph. I would plan ahead so that the money saved can be spend towards a softer rear shock and a screen. Or wait for the incoming Desert Sled that's supposed to have better, new suspension, and it really looks a whole lot more purposeful than the Scrambler. 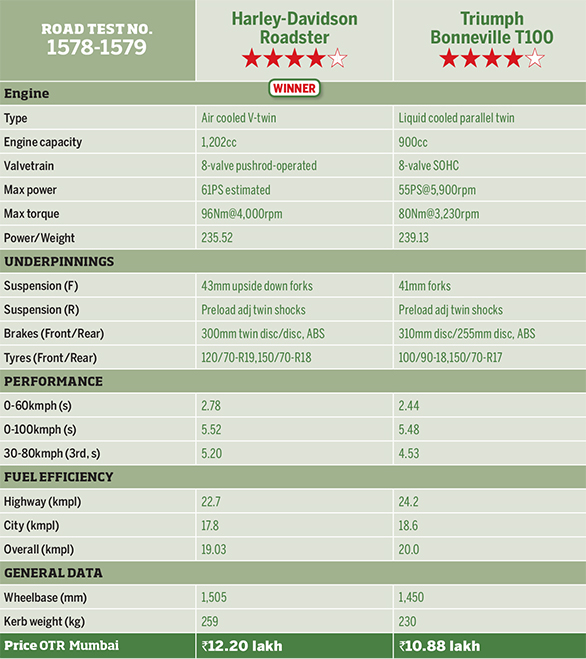