I'm in hush hush mode, somehow I've managed to find a spot behind the wheel of the forthcoming Fiat Punto Evo Abarth. And now I find myself mashing the throttle to the floor on the back straight of the BIC. On my tail is a mint Abarth 595 Competizione. That car has a lot more power and a lot less weight on me. Still I know the driver behind the wheel isn't really all that clued in to driving on a circuit which is why I find a gap opening between the two of us. By the end of the main straight, I see a 100 metre gap and close to a 170kmph on the clock. It may not sound like much but compared to the bog standard Punto Evo, this is a seriously astounding and quick car. And I thought the day would never come when I'd sing praises of a Fiat product. But it's here and it can be quite wonderful! 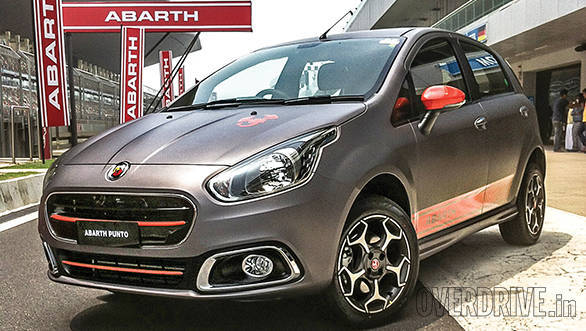 The Punto Evo Abarth is the next phase after the 595 Competizione from Fiat to entice consumers to a fun and enjoyable motoring experience. When it does make production, the Punto Evo Abarth will be India's first genuine hot hatch. Fiat isn't saying much at the moment but we do know the intent is definitely there to revive the brand in a way much bigger than ever before. Kevin Flynn, the new MD of Fiat India is a bit of an enthusiast who knows both his cars and how to crunch numbers. Will his formula work?  I'm not sure, but I do know by the time his tenure ends he's going to be something of a hero. After all, the 145PS hatch isn't the only car in the pipeline, in the near future there is a 180PS Punto on the cards as well. 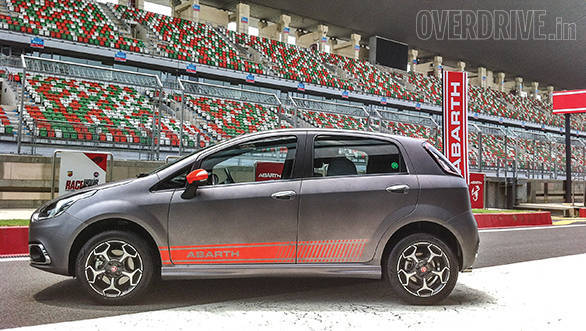 But leave all that aside and stick to the Punto Evo Abarth. There are two paint schemes, both very sporty. For once the engineering team at Fiat's Ranjangaon facility near Pune have been given the freedom to express their innermost desires. The results are quite stunning. The car in black is a good looker, but the one that steals the show is undoubtedly the matte grey shade with touches of orange all over. It's a fantastically good looking car, with all the sporty accents standing out sharply. Even those alloys, they just drip appeal! For once there is less chrome and more vinyl on a prototype and the effect it creates is fantastic. Kevin, don't hesitate in getting this car to the market! 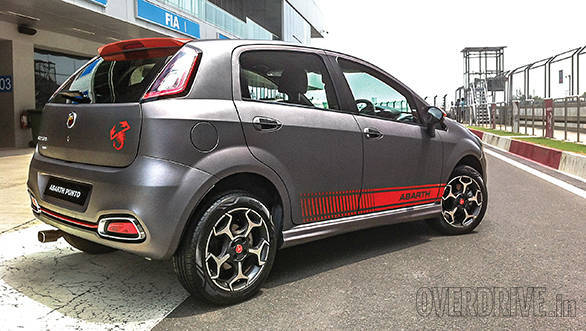 The interior touches though could do with some improvements. I like the clocks in yellow and the lightweight racing pedals and the Abarth scuff plates and logo on the steering wheel. I'd, however, recommend getting slightly sportier seats with a more prominent stitch and an embroidered Abarth logo to make this cabin look complete. Otherwise the cabin is the same in terms of space and utilities as the Punto Evo so you get similar creature comfort levels. 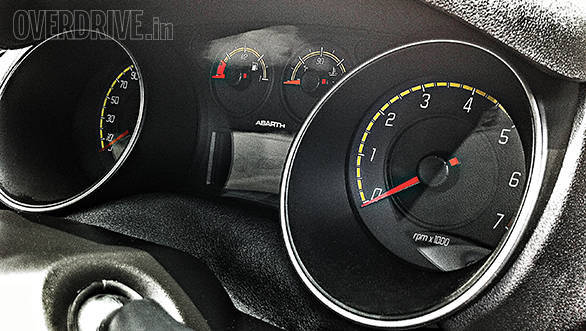 But what's it like to drive? First off, this is not an exciting sounding car, so when you turn the key to the starter motor, you don't hear a roar from the single tail can. It's almost as if the NVH guys decided to strangle the Punto Evo Abarth as much as they could and it'd be a real pity if the boffins at marketing ever came up with a fuel efficiency slogan for this car. So at ignition, you really don't get a sense of the kind of power that's lurking beneath. However, slip into first gear and release the clutch, and you instantly latch onto the torque that steps in. This is a 5-speed manual transmission so the ratios are closer and feel tuned to maximise the benefits of those 145 horses. So rather than lurch forward, you comfortably ease into a canter down pit lane. 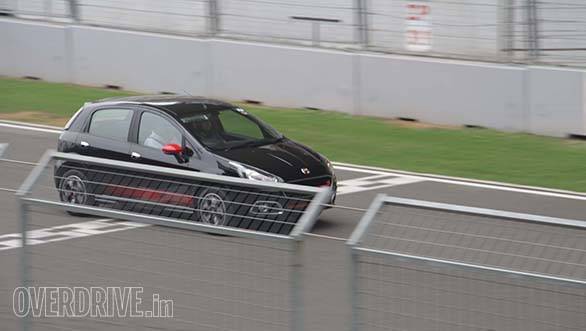 At pit exit, I buried the throttle pedal into the floorboards and the linearity and agility shock me. This is not the Abarth 595 Competizione, it's something better! The Punto Evo Abarth screams forward in immediacy that has belied all its years of existence in our markets. The front 195/55 section 16" rubber screams as it under steers mildly into C1 but it holds beautifully and charges uphill with consummate ease onto the sharp hairpin that leads to the big long straight at the BIC. Down the main straight, the Punto Evo Abarth builds speed easily, unlike the Abarth 595 Competizione, its manual transmission is a huge benefit over the automated manual in the 595. The 595's AMT feels shit  this one is just about getting into its groove. The brakes too feel sharper though I'm not really pushing too hard. At least they feel sharper than the standard setup which I am quite familiar with, having driven the basic Punto Evo as a long termer till just a month ago. Even the turn in feels sharp focused and precise on the steering wheel. The same weight that I'd complained about in the city is providing so much more character to the Punto Evo Abarth on the racetrack. For even better performance, I'd suggest swapping the stock Apollo tyres for something grippier. 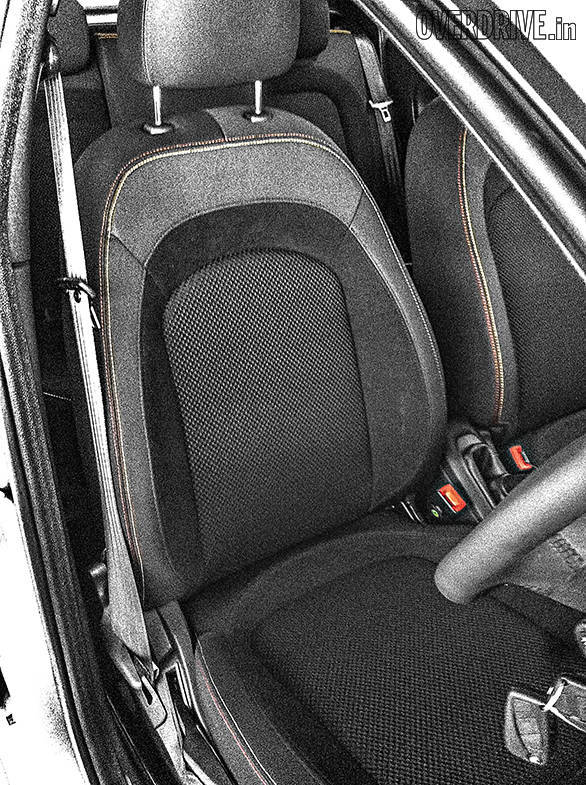 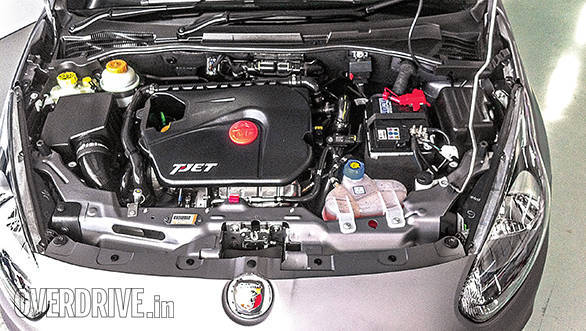 I'm in effect leading a convoy of Abarth 595 Competiziones around the BIC but in just a few corners, they are left way behind me. So I slow down and wait for them to catch up and when they do a few seconds later, I open up the intakes again. And the chase begins once more.

Update: We have just road tested the car and while Fiat claims a 0-100kmph time of 8.8s, we achieved a figure of 9.3s. In the city, the Fiat Punto Evo Abarth delivered a fuel efficiency of 9.8kmpl while on the highway the figure increased to 12.25kmpl.

More from OVERDRIVE on the Fiat Punto Evo Abarth