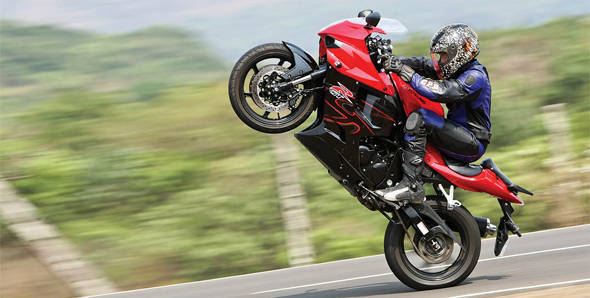 The Hyosung GT650R promises a lot on paper. However, unless you're riding gently, this is a motorcycle that requires a lot of effort to ride enthusiastically and to corner hard. Part of the issue is its weight and size, both of which are on the higher side for a middle displacement 650cc motorcycle. The other half of the issue is engine refinement which suffers from vibration as the revs cross 6,000rpm. The brakes too could be vastly better. That said, for the price, the Hyosung slots neatly into a part of the market which we have long believed makes a lot sense for the growing bigger displacement motorcycles. Garware Motors will have to demonstrate that the service back-up and experience and spares availability and price meet customer expectations if the Hyosung is to do well once similarly-speced competition arrives.