Hero MotoCorp is the strangest two-wheeler company of them all. As I really enjoy pointing out, they're simultaneously the biggest two-wheeler maker in India as well as the youngest startup. I'd say upstart but they're also the market leaders in sales, though their scooter fortunes could be better - 13 per cent isn't all that much. When the company separated from its erstwhile partner, we all knew, Pawan Munjal, had taken on a battle that would define the rest of his career. The pooh-poohing of Hero's nearly non-existent research and product development capability began almost immediately. The past four years have been silent on this front from the company, but underneath that silence has been a furious paddling towards a future where Hero could put into production and into showrooms brand-new products at will. 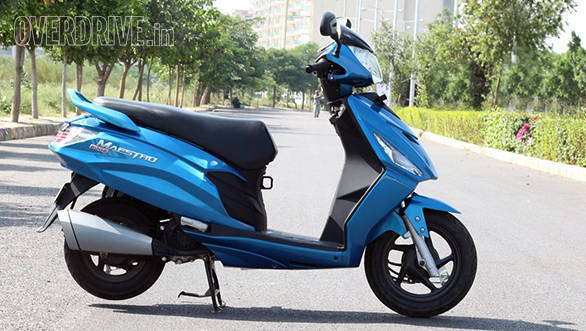 Enter Marcus Braunsperger. The ex-head of BMW Motorrad arrived last year, almost to the day. At this point this scooter project was well underway. Like most R&D bosses, Marcus is a hard core motorcyclist and that's always good when the task is to build a team to build two-wheelers. Marcus openly admits that his role in the Maestro Edge, Duet and the platform that underpins both was limited by how late he arrived. Which makes the Maestro Edge all the more interesting. It reveals a peek into how the growing Hero R&D used its resources, including the likes of Engines Engineering, AVL and formerly Erik Buell Racing to reach its goals. 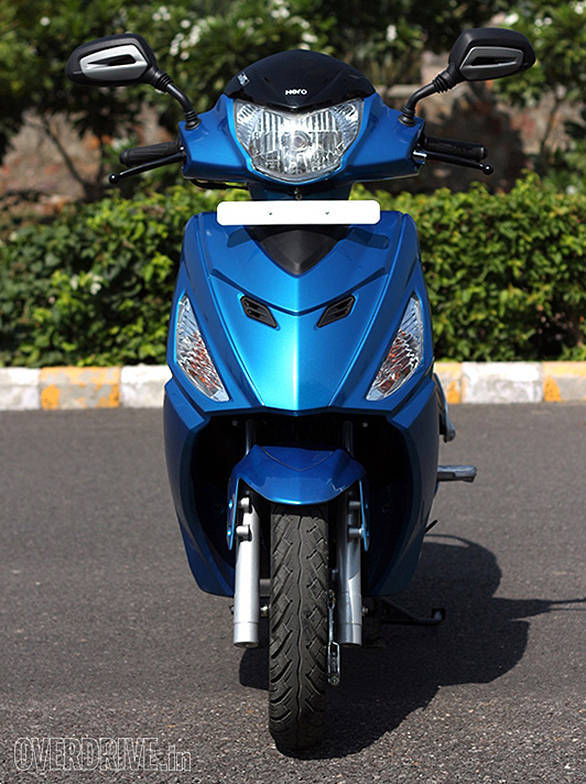 So, what's it like? I'm happy to report that I found no issues or surprises that create any sense of foreboding as we look forward to road testing the new Hero. The Maestro Edge, aka Dash in Colombia, is based on the same platform as the Duet. That's an underbone frame with telescopic forks, integrated drum brakes etc. The Maestro Edge gets a 12-inch front wheel - I wonder why Hero chose not to upgrade the rear wheel to that size. 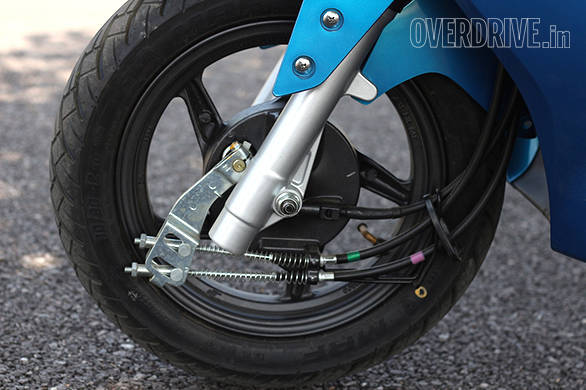 The engine is the all-new 110.9cc SOHC unit that makes 8.4PS at 8,000rpm. Peak torque is 8.3Nm at 6,500rpm. The bike is 6kg lighter than the Duet thanks to its plastic body. I assume that contributed to the 65.8kmpl claimed economy - slightly better than the Duet. 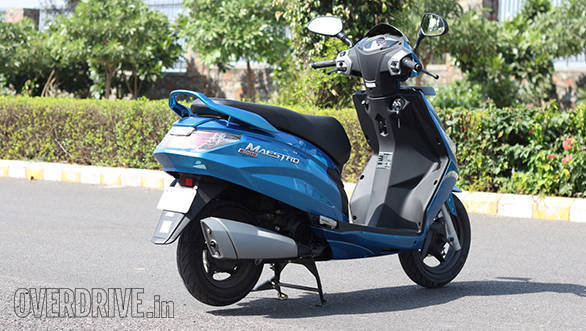 This is wrapped up in a new plastic form that I found likeable. It isn't a dramatic shift from the current scooter market norm, but it certainly is identifiable. The finish levels are pretty good and like the Duet, the Edge is loaded to the gills with all the features necessary for it to essay its premium scooter role. Over the Duet, it adds a microchipped key, ana-digi instruments, excellent quality switch gear and a fancy exhaust that Hero bills 'Titanium' for its colour. 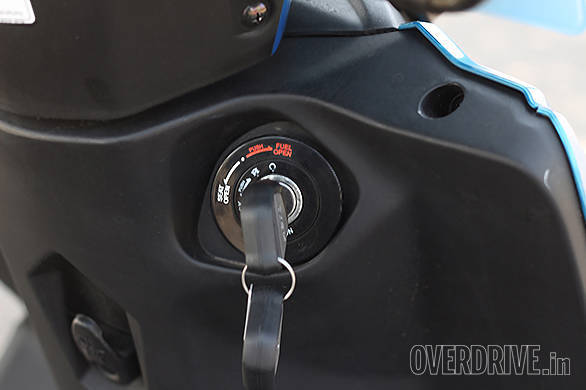 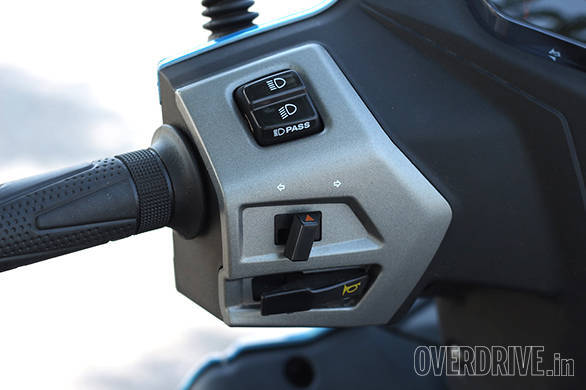 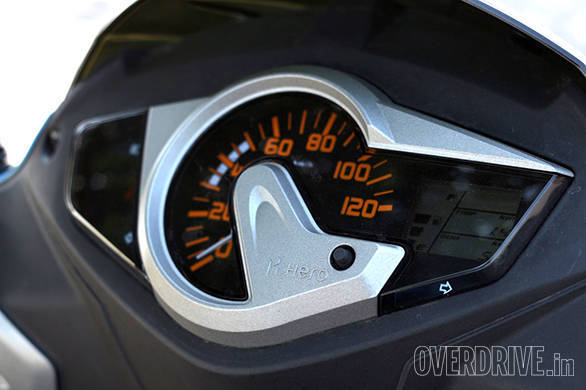 Riding this scooter was genuinely fun. It feels quicker than the Duet and that urgency underlines that sense of premiumness. I suspect not many will walk into showrooms and accuse the Edge of being a Duet at a higher price. Which of course, in many ways, it is. The joys of platform engineering, eh? 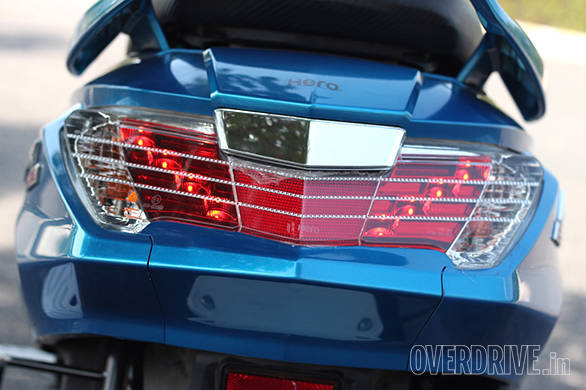 The chassis, as I noted in the Duet story as well, is the star. Hero has done a great job of the suspension setup and its ability to turn confidently as well as soak up bad roads while maintaining its composure are both impressive by turns. The brakes, similarly, work as well as you can expect drum brakes too. 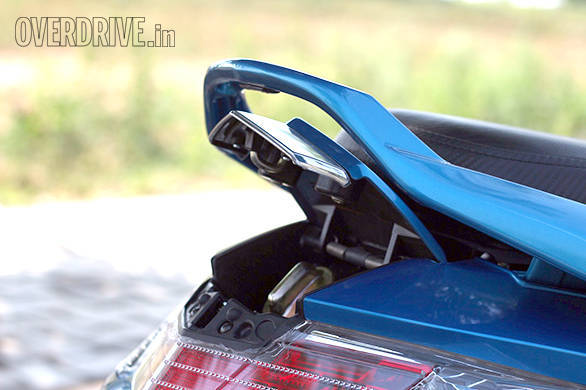 On the whole, the Edge is a good scooter. Will it beat the market leaders? Perhaps not. But Hero's ability to handle new products will be far better appreciated as soon as Edge arrives in showrooms. That date is October 13. The price is Rs 50,700 for the top VX model and Rs 49,500 for the lower LX trim. The little difference in the two versions? The LX loses some of the VX's baubles. The USB charger and the light are optional. The alloy wheels? Nope. Battery? Not maintenance free. No immobiliser. Simpler mirror. Single baggage hook. Black plastic muffle covers and normal looking switchgear backing too. Given the collection of bits you lost for this Rs 1,200, the VX certainly seems to be the deal of the two. 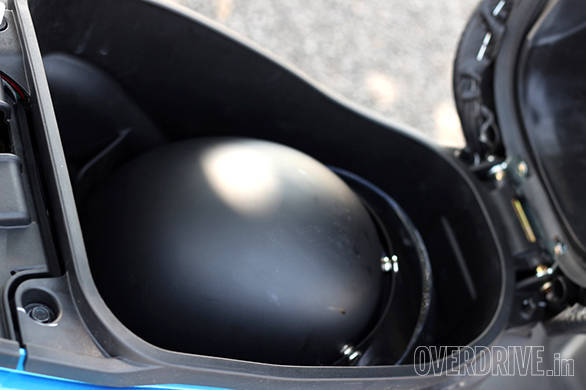 Hero proudly claimed that these scooters are part of its plan for scooter leadership. Which, naturally, implies a challenge to the Honda's scooter dominance in India. That battle is a long way away but Hero's on the warpath and it's about to get interesting.