Four years on and the XJ still turns heads like nothing else with four doors. The fact that the car I'm driving has no visual changes testifies what a breathtaking shape this Jag cuts. The long, low and impossibly sexy Jag is by far the most striking vehicle in the segment despite the newer competition. So far however, that was the primary reason to buy one. But with the new, locally assembled 2.0-litre petrol the car has gained some more substance. Here's what's new. 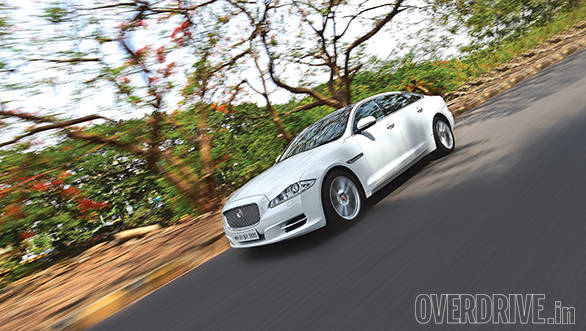 The Jag feels exactly the same as before on the inside with high levels of quality. However, given the competition from the new S-Class and refreshed A8, the XJ now gets lots of fresh kit that used to be optional extras. This includes soft close doors, electric rear window blinds and more (now five) massage functions for the heated and cooled seats. Also standard is the cool dual view screen which allows the front passenger to view a TV channel while any of the car's menu screens remain visible and accessible from the driver's point of view. However the age of the car shows in the old user interface and low resolution screen. At the rear, the seat controls have been moved to the central armrest which can be folded up to seat a fifth passenger. While the old car had reclining seats, the new one has an extendable seat squab as well for excellent thigh support. However this does come at the expense of knee room - which was never an XJ strong point to begin with. Still, the back seat of this Jag is a very special place to be enveloped in. 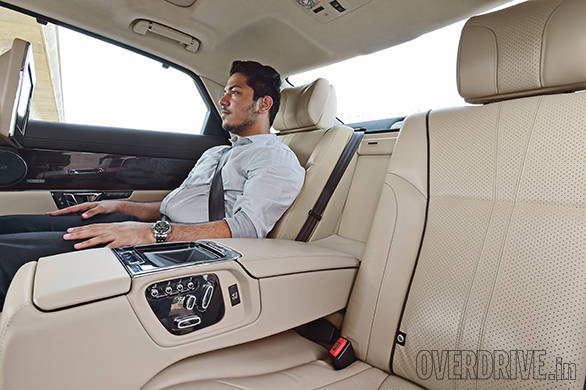 It's also considerably more comfortable now thanks to revised suspension settings for India. In its quest to be a driver's car, the old car had rather firm suspension. That works well abroad, but not so much here. The locally assembled car feels noticeably softer and more isolated from the road. The firmness is felt when you hit a deep expansion gap or pothole but otherwise the car glides down the road beautifully on its adaptive front and air sprung rear suspension. The 5.25m XJ is frightfully long but it still feels eager to entertain and given a large and smooth road, there's quite some fun to be had behind the wheel. 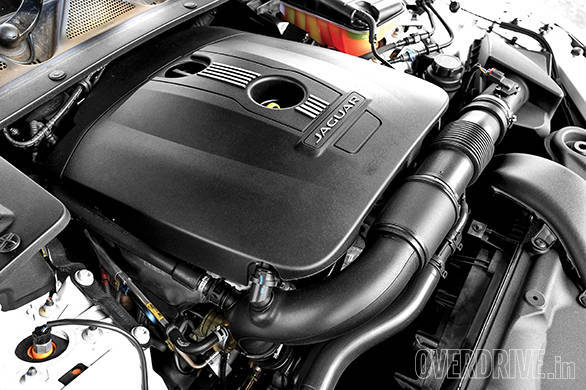 The new 2.0-litre engine is the same turbocharged petrol from the XF and produces 240PS/340Nm. It's quiet and highly refined but performance is strong enough to hustle the hefty XJ at serious enough speeds. We recorded a 9.5-second run from 0-100kmph, which is 2 seconds slower than Jag's claimed time but for chauffeur driven owners that will be more than enough. What I did occasionally wish for was a stronger drive off idle because this engine doesn't have the same low down surge you usually experience in a large limo. After the initial lull, the power comes on at about 2,000rpm and keeps building in a smooth curve till 6,000rpm. Power is fed through to the rear wheels via an 8-speed auto which is smooth and intuitive. We got an overall efficiency of 8.4kmpl which is quite decent for a car like this.

The last time we put the XJ against its rivals it couldn't quite make the cut. But now, for Rs 1.16 crore on-road Mumbai for the top Premium Luxury trim the Jag makes a much more convincing argument. But, for Rs 60,000 more we'd rather have the faster but admittedly less refined diesel in the lower spec Portfolio variant that sacrifices some interior trim but keeps most of the other features. If you'd rather have the diesel in top trim, it will cost you Rs 9 lakh more. No matter the model, the XJ is now a more complete package.