The Mahindra KUV100 seems to have struck a chord with India. Just before I sat down to write the road test, a message from Mahindra's PR machinery informed me that the KUV100 has garnered over 21,000 bookings within a month of its launch. Mahindra has managed to stir the market and the number of inquisitive stares I got while driving it, spells sufficient interest in the KUV100. While you can read how the petrol KUV 100 stacks up against its competition,  here's the take on the diesel powered SUV. 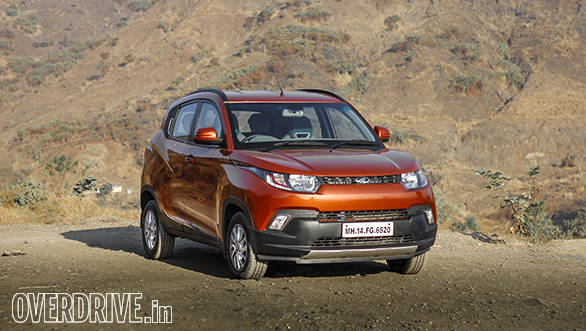 The Mahindra KUV100 plays the uniqueness card. It's a design that we've never seen before and that's what draws the second looks. The face is quite appealing thanks to the sweeping headlamps and LED DRLs (only on the top variant). Move to the side and the profile looks a little quirky with a sharp crease that begins from the rear door and extends all the way to the tail gate. The tail lamps are large and remind you of the units on older generation Audi Q7s but this also means that the boot opening isn't as wide as it could have been. Overall, the styling looks appealing except for the 14-inch wheels which give the KUV100 an under tyred look. An upsize to 15-inch would also fill up the wheel arches, adding to the proportions. 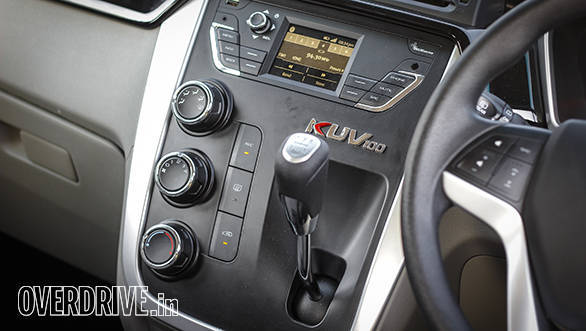 Centre console is larger than it could have been, probably because of the incorporated gear lever

The uniqueness of the exterior has been carried forward to the interior too. The cabin is spacious which is one of KUV's strongest attributes but the dashboard is positioned quite close to the driver and passenger. The seating position is higher than conventional hatchbacks, an intentional decision by Mahindra to give the driver a more commanding view. The layout is unlike any other Mahindra and is appealing but the centre console could have been smaller and narrower  it eats quite a bit into the kneeroom, especially if you opt for the six-seater variant. Rear kneeroom and headroom are more than in compact hatchbacks and is a plus point. There are also a lot of cubby holes and smart storage points. 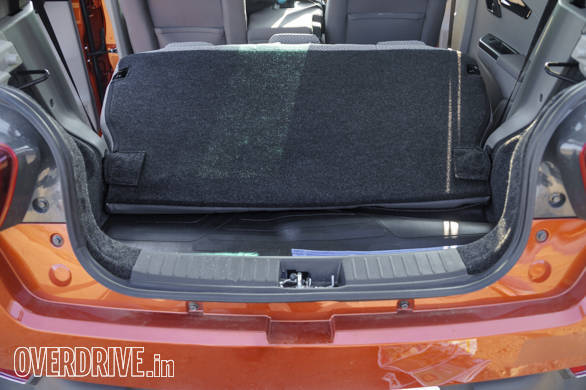 The 1,198cc, mFalcon D75 engine is very impressive. It's a completely new engine and developed in-house by Mahindra. The three-pot motor produces 77PS at 3,750rpm and a healthy 190Nm from as low as 1,750rpm. It feels eager and responsive with barely any turbo lag and that makes it easy to drive in traffic. It has good low end grunt and can crawl at 10kmph in second gear without any complaint. The engine feels very refined and has minimal vibration, be at standstill or on the move, quite impressive considering it's a three-cylinder unit. The engine is slightly audible inside the cabin but it's not bothersome. The good low end torque also makes life easier on uphill ghat sections and the Mahindra KUV100 diesel pulls easily. 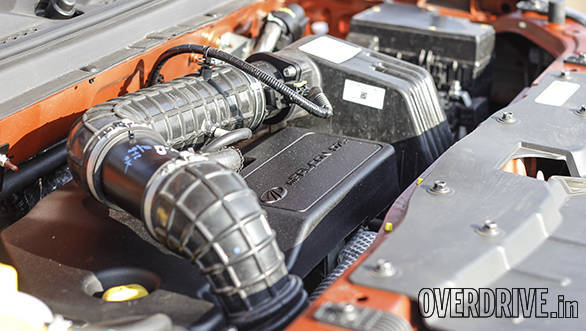 The mFalcon D75 engine is flexible and offers great driveability

This engine also gets two driving modes, Power and Eco that can be switched using a button conveniently located on the dashboard, to the right of the steering wheel. The difference is very apparent as throttle response drops significantly in Eco mode. The engine refuses to rev quickly in this mode and is focussed more towards delivering better fuel efficiency. It's best to drive the KUV100 in this mode whilst driving in stop go city traffic only. The Power mode on the other hand makes the KUV far more responsive to throttle modulations, the engine map in this mode is tuned for performance and it clearly shows. In this mode the KUV sprints to the ton in 15.2 seconds and goes on to register a top speed of 145kmph. While the performance may be adequate for a vehicle this size, what's also impressive is the fuel efficiency. In the city we managed to get 18.4kmpl while on the highway the figure rose to 24.3kmpl. Total range then is close to an impressive 700km. 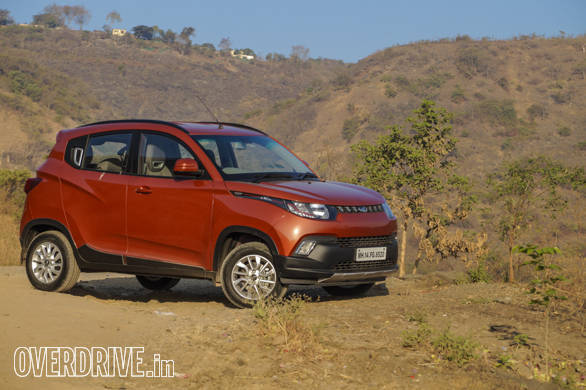 The KUV100 has a ground clearance of 170mm that's more hatchback than SUV. In an effort to ensure that it soaks up everything from small undulations to large ruts, Mahindra has chosen to employ long travel suspension. While it does soak up the road irregularities, the ride is quite bouncy. This set up also unsettles the SUV when you encounter mid corner bumps. It's not a deal breaker though. 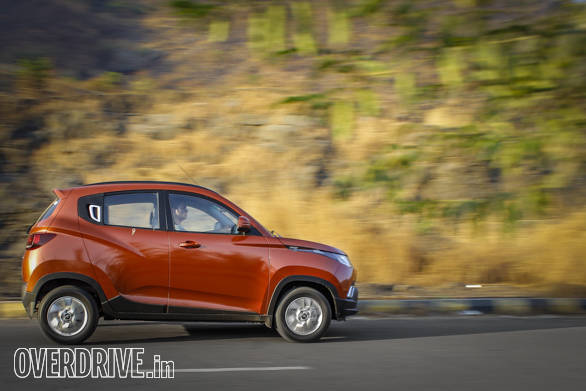 As long as you don't intend to go corner carving, the Mahindra KUV100 should do just fine. The diesel motor adds more weight to the front when compared to the petrol but doesn't make it very different when it comes to dynamics. Steering feedback is average but makes it a boon to drive in town thanks to the light setup. Overall, the KUV100 offers neutral handling and is more city-focussed. 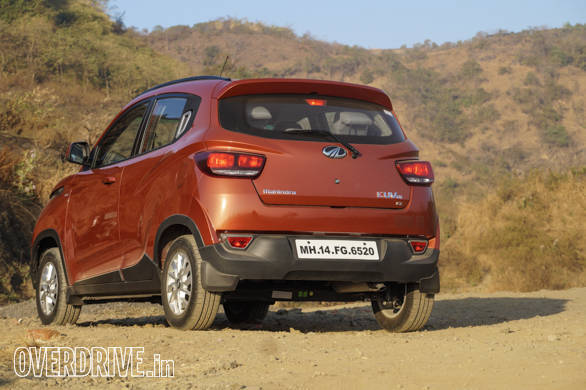 The KUV100's diesel motor had impressed us when we first drove it at the Mahindra plant and continues to do so after this road test. However, the rest of the package makes the KUV100 a more city-focussed vehicle, which is a pity since the diesel motor is quite flexible and great on the highway. We expect to see future Mahindra products to use this family of engines and the difference in price between the petrol and diesel top end variants is about Rs 85,000. This means the petrol KUV still offers better value. However, if your daily commute involves a lot of driving, the diesel may just help you recover that extra premium. 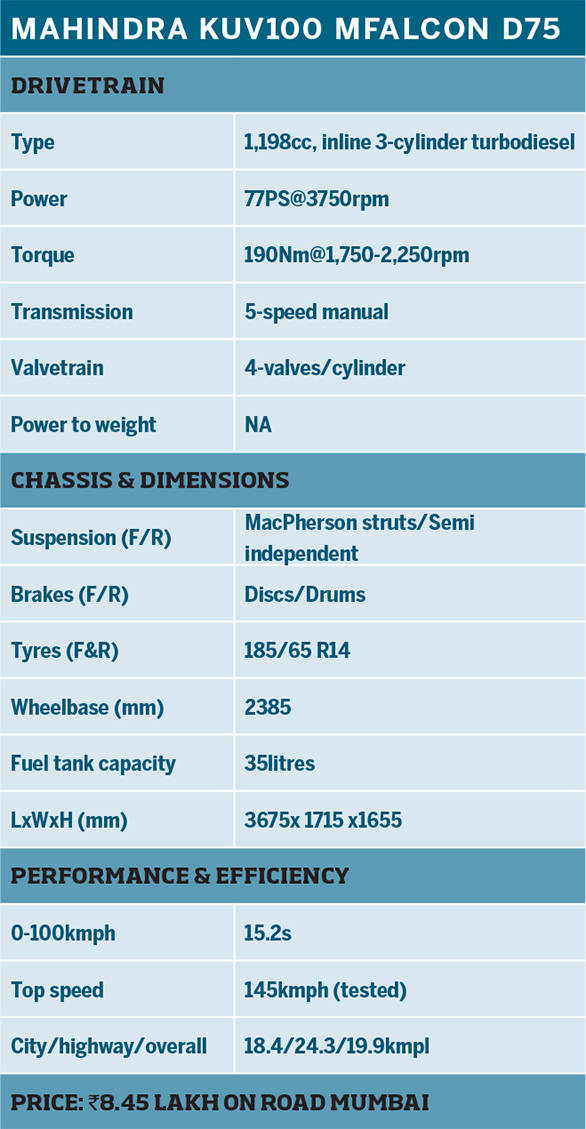