The new 2018 BMW M5, a performance-oriented version of the BMW 5-series, was revealed on Tuesday. The Bavarian automaker claims it is the quickest M car ever. Powered by the same V8 as the previous generation BMW M5, it is now tuned to generate 608PS (600HP). The sixth generation BMW M car will get all-wheel drive (AWD) which can be switched to rear-wheel drive (RWD) when traction is a secondary need. This is also the first M5 that will only be available with an automatic transmission and BMW will launch it across Europe in 2018. BMW's M Performance division has been making powerful versions of its sedans since 1984. Incidentally, the new performance sedan made its debut on Tuesday in the virtual world in the EA street racing game Need For Speed Payback. 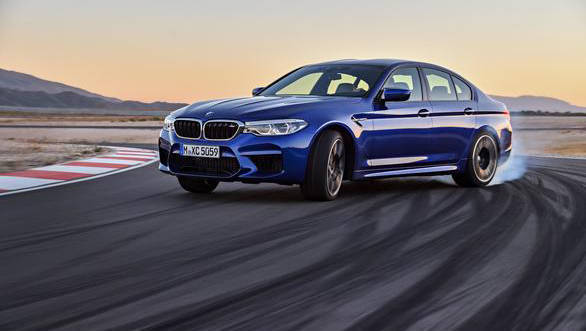 The 4.4-litre V8 M TwinPower Turbo engine on the new M5 generates 48 more PS than the 560PS of its current iteration while delivering 750Nm of torque. The torque is also more evenly spread through the rev range starting from 1,800rpm. This is enough to ferry the performance sedan past the 100kmph mark in under 3.4 seconds and onwards to 200kmph in 11.1 seconds. It will reach an electronically-limited top speed of 250kmph. 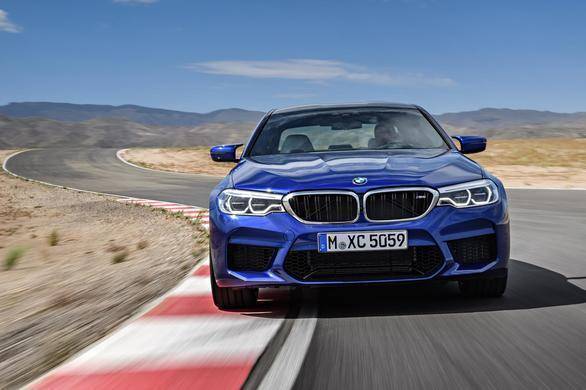 Putting this power on the road is a new eight-speed M Steptronic transmission with Drivelogic. Offering no manual option, this is the first M5 to be automatic only, allowing manual shifting through paddles or the gear lever in sequential fashion. The drivetrain features the new BMW M xDrive AWD system with Dynamic Stability Control (DSC). BMW says the car will offer RWD without DSC as an option for the track only and professional drivers would be best able to utilise it. 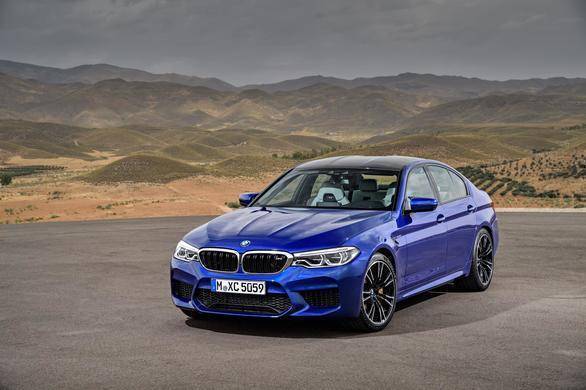 The engine has not just been tuned for better power, but the company also claims that the new, larger twin turbochargers and a higher injection pressure of 350 bar for better combustion and fuel atomisation have made it more efficient. The claimed fuel efficiency figure released by the company for the 2018 BMW M5 is 11.44kmpl. 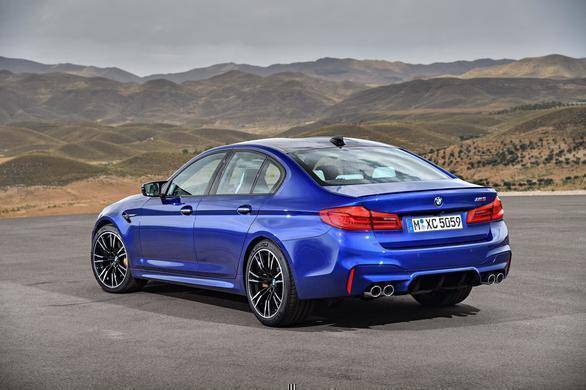 Aesthetic changes to the M5 design are all about function with bigger front air dams for better airflow, a redesigned rear spoiler, and new front and rear lip designs. Not only is the new M5 faster, but also louder with a flap-controlled exhaust that changes its noise level depending on the mode selected. 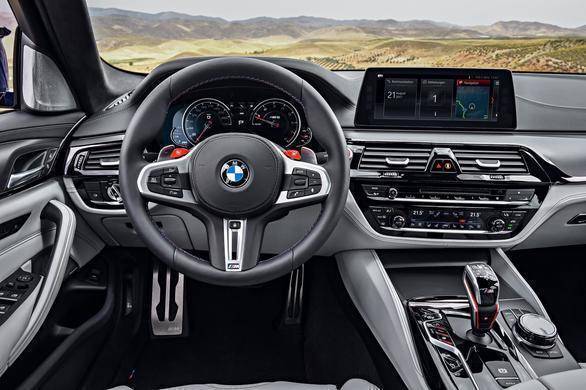 The quickest car to sport the legendary M badge will be launched in February 2018 in the European market, with its international market launch including in India slated for later next year. The exact price and availability for India will be announced by the company in coming months.