The eventful action that we have come to associate with the 2018 JK Tyre National Racing Championship continued into the third round of the racing series being held this weekend at the Kari Motor Speedway near Coimbatore.

After the practice/qualifying sessions were completed on Friday, October 12, the racing began in earnest today October 13 with the first race of the day being a Euro JK 18 clash. The contest between Karthik Tharani and Nayan Chatterjee at the first corner knocked Chatterjee out of action, after he continued his promising run from the last round with a pole position in qualifying. The incident set the tone for how the entire day would pan out. 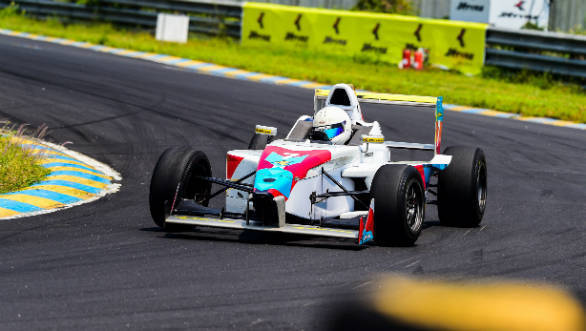 Ironically though, the last race of the evening was the next Euro JK race and turned out to be almost uneventful. Karthik Tharani won the second race while championship leader, Ashwin Datta won the first. Karthik Tharani and Brayan Perera finished second and third in the first race while Nirmal Uma Shankar and Nayan Chaterjee took these positions in the next race. 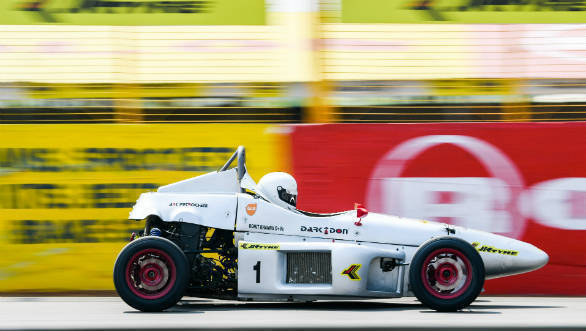 The only LGB Formula 4 race of the day, the safety car was yellow-flagged on two different occasions after cars went off, eventually causing the race to end behind it. Rohit Khanna finished first followed by Sandeep Kumar and Raghul Rangasamy. Earlier in the day the Formula 4 cars took part in three rounds of very competitive F1 style qualifiers to decide the starting grid. 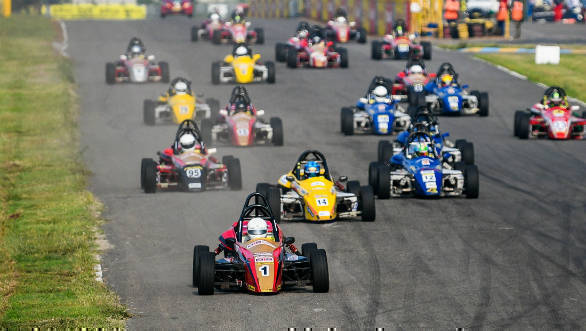 The only race from the newly formed JK Tyre Novice Cup was red-flagged midway after a competitor spun out on the main-straight. Many other small incidents marred this race with only 13 of the 21 entrants finishing. Hashim EKP, Kunal Maini and Tijil Rao were the respective podium finishers. Although, this result is provisional and may change pending an investigation.

An ugly three bike pile-up which thankfully did not result in any grievous injury was the only aberration in the Suzuki Gixxer Cup race. Joseph Mathew continued his peerless run with another victory, following him were Malsawmdawngliana and Sachin Chaudhary.