2019 Ford Figo spotted at dealership ahead of official launch

The facelift Ford Figo has already been spotted at dealerships ahead of its official launch on March 15, 2019. For the hatchback's midlife update, manufacturers have done cosmetic as well as mechanical changes. The 2019 Ford Figo gets a fascia similar to its sibling, the Ford Aspire which also went through midlife updated in recent past. 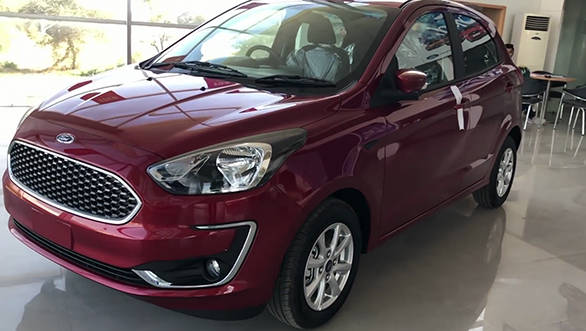 The 2019 Ford Figo now gets a restyled bumper and chrome inserts which surround the honeycomb grille and foglamps. The spotted hatchback was the diesel variant (TDCi) in the Titanium trim, however, it missed out on projector headlamp and DRLs. It remains to be seen if the manufacturer will save some bells and whistles for the top spec Titanium plus trim.

The side profile stays the same and the Figo sports 14-inch alloy wheels similar to the Ford Aspire. The trim above the Titanium could be equipped with 15-inch alloy wheels with a sportier design and lower profile tyres. The rear images of the hatchback display a revised bumper, rear wiper, spoiler with a high mount stop-lamp and rear parking sensors. 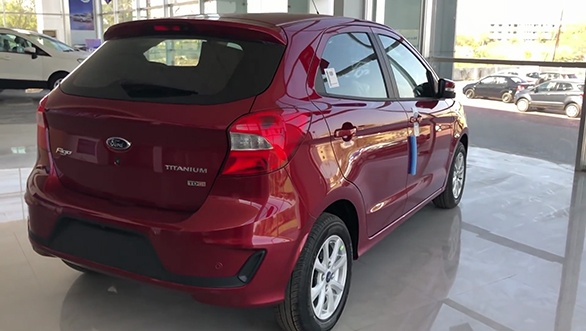 Inside, the dashboard is restyled and touch-operated infotainment system is mounted centre stage. The multimedia system should be equipped with the recent version of the Ford's Sync 3 system. The centre console, steering mounted controls and door handles are finished in piano black. The Titanium trim is offered with climate control, electronically adjustable ORVMs (outside rear view mirrors) and a push-button start. 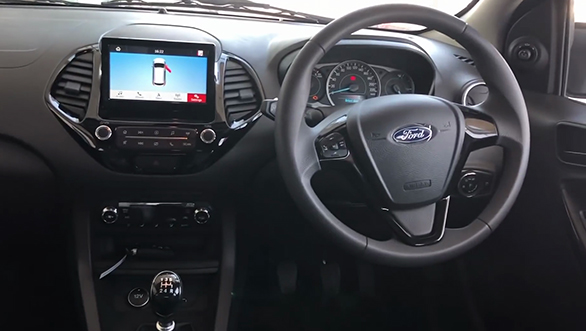 Mechanically, the petrol variant could be offered with the 1.2-litre three-cylinder petrol engine producing 96PS of power and 120Nm of torque as seen in the Ford Aspire. The automatic variant could be offered with a 1.5-litre three-cylinder petrol engine which is capable of producing 123PS and 150Nm. The former engine will come mated to a five-speed manual gearbox and the latter will be married to a six-speed torque convert, automatic gearbox exclusive to Titanium or Titanium plus variant. The diesel mill on offer will be the same engine carried forward in the new hatchback. The diesel variant will be powered by a 1.5-litre four-cylinder engine producing 100PS and 215Nm of torque. 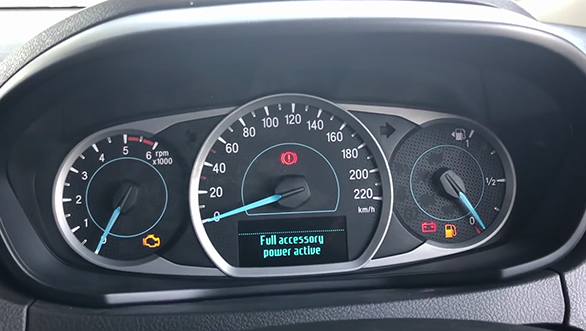 The 2019 Ford Figo could be offered in four trims - Ambient, Trend, Titanium and Titanium Plus. In the month of January, OVERDRIVE spotted a Ford Aspire Blu. We expect a Blu trim of the Ford Figo in the pipeline as well which should sit below the Titanium plus. Post its official launch this week, the 2019 Ford Figo rivals the Volkswagen Polo, Hyundai i10 Grand, Maruti Suzuki Swift and the Etios Liva.