Audi has unveiled the sketches of the Q4 e-tron. The car will be showcased at the 2019 Geneva Motor Show which is to be held between March 5 to March 17. The Q4 e-tron is a fully electric vehicle and is expected to go in production by the year 2020. The production car is likely to be loyal towards the concept sketches unveiled but will most likely feature the unique touches seen on the e-tron SUV. 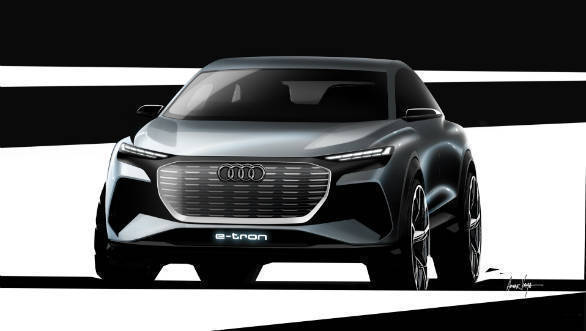 The sketches unveil a typical Audi fascia which carries a hexagonal grille with thin wrap around LED headlamps. The sketches also unveil large aggressively designed air damp. On the side, the car displays a sloping roofline with flared wheel arches giving it a crossover like a stance. The concept car is equipped with five-spoke 22-inch wheels, however, the production version is expected to be equipped with 18-20 inch wheel size. 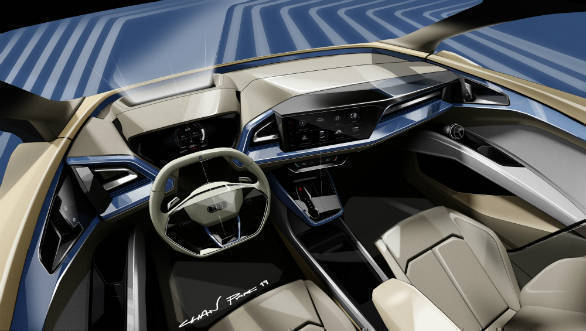 Inside the cabin, the first thing to grab attention is the sporty steering wheel, following that is a fully digital instrument cluster, a variation of the 'virtual cockpit' we've seen in Audi cars in the recent past. The dashboard has aluminium styling elements which run along the cabin and give a wrap-around effect. A touch operated infotainment screen takes the centre stage. Similar styling elements are expected to be carried forward in the standard Audi Q4 in its next update. 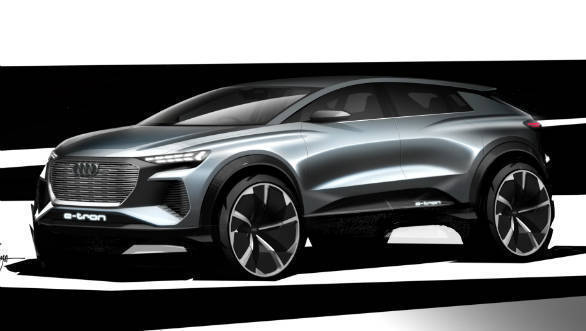