Genesis G70: Everything you need to know about the BMW 3-Series sized luxury sedan

Hyundai revealed its new luxury arm, Genesis some time ago. It's been making waves over the past few days with its new G70 which is a BMW 3-Series sized car, roughly speaking, which it intends to launch globally in early 2018. Sadly, we confirmed yesterday that this car will not be coming to India. However, given than the Genesis G70's design comes from Luc Donkerwolke - who has Lamborghini, Bentley and Audi on his resume, Hyundai's Genesis G70 is well worth a good hard look, right? The sleek lines of the Genesis G70 makes it look like a compact Genesis G80 or G90 - a good fit as stablemates from the Genesis brand should. The compact size and the lower price tag, along with the raft of luxury features the Genesis will get should make the G70 a good seller. The Genesis G70 is expected to go on sale in South Korea on September 20, 2017 but the global markets will not receive Genesis' newest until early 2018. 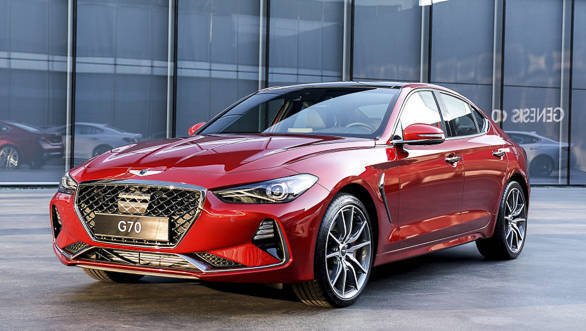 The Genesis G70 is the newest, and smallest of the Hyundai's luxury brand's cars

The Genesis G70 will be offered with three engine options -- a 202PS 2.2-litre turbo-diesel, a 252PS 2.0-litre turbo-petrol and the top-spec 370PS 3.3-litre turbo-petrol V6 in the G70 Sport. To put it into perspective, the Genesis G70 Sport makes 3PS more than the Mercedes-AMG C43 which was launched in India earlier this year. The car has features like launch control, a torque vectoring system and a mechanical limited slip differential. 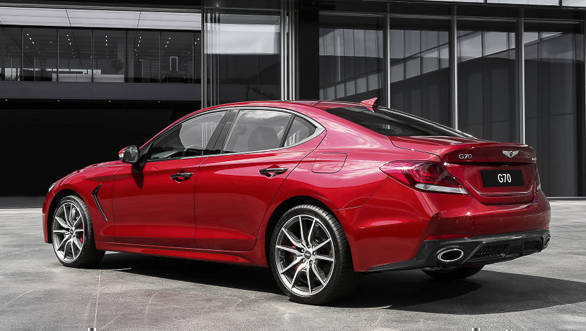 The Genesis G70 is the newest, and smallest of the Hyundai's luxury brand's cars 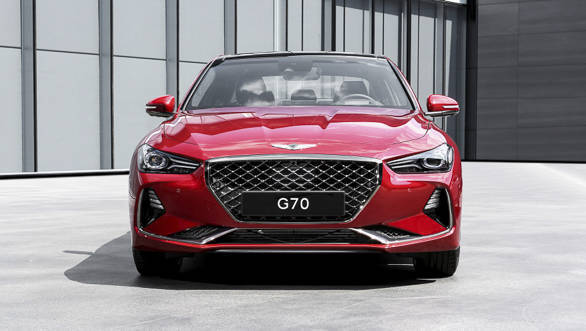 That is Luc Donkerwolke's design - the same man who has worked with Lamborghini, Bentley and Audi 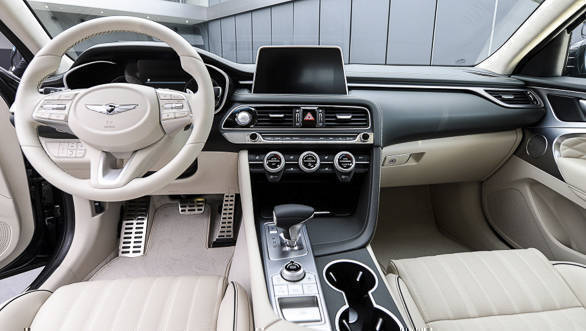 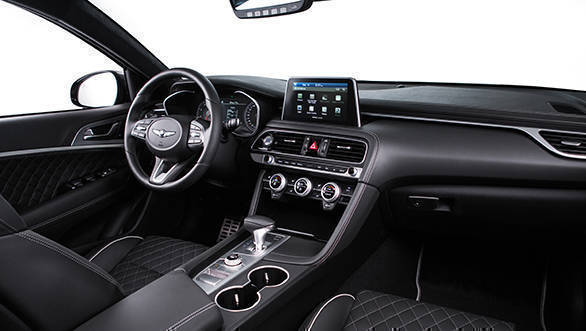 The Genesis G70 interior, even in black has a restrained upmarket feel to it 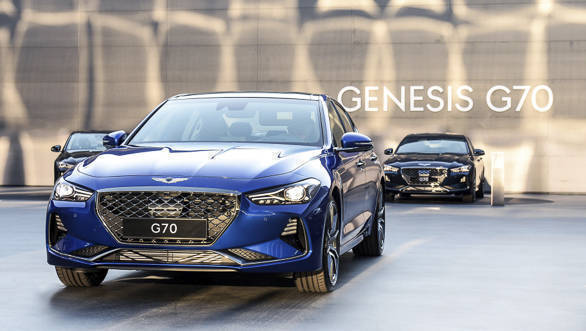 The Genesis G70 will also get a Sport variant powered by a 3.3-litre turbocharged petrol V6 engine which produces 370PS.