Hyundai N Performance brand to be launched in India in 2020

Hyundai India is planning to launch its N performance range of cars in the country. N Performance is to Hyundai what AMG is to Mercedes-Benz and M Performance to BMW. This division that was created not so long ago but in 2018 with the launch of the i30 N was seen an a brand targeted to driving enthusiasts. This range of cars is offered in two styles, the N Performance range that comes with all the goodies with higher performance than their regular siblings and the N-Line range that might not be as fast as the N Performance cars but comes with all the visual detailing to give a sportier and a more aggressive appearance.  While the latter will be used to rake in numbers in India, the Hyundai N Performance will help to build an aspirational value for the brand. Hyundai could bring both these offerings at the 2020 Auto Expo. 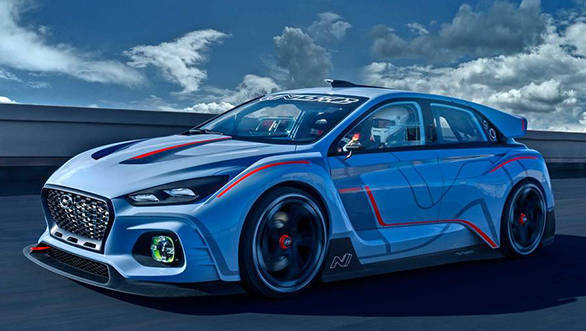 The N brand gets its name from Namyang and Nürburgring, All N cars are designed at the Hyundai Motor Namyang R and D Center, before undergoing rigorous testing and inspection at the Nürburgring.  It began life as Hyundai Motorsport in 2012, when the firm re-entered the WRC stage that year. By 2015, it had started work on its first road-going offering, the Hyundai i30 N. The standard i30 N gets a 2.0-litre turbo petrol that puts out 250PS and 353 Nm, hauling the car from 0 to 100 kmph in 6.4s. The Performance trim takes the power figure up to 275PS and drops the 0 to 100kmph time to 6.1s. Both cars are limited to 250kmph. The only gearbox is a six-speed manual with rev matching. A launch control program is also available

The Korean car manufacturer, to gauge the response in India has been conducting clinics for both N-Line and N performance brands. The former has garnered a positive reaction, as these cars will not be much expensive. However, Hyundai is looking at the ways and means of introducing the proper N Performance cars in India. The company plans to target younger buyers with the N performance. On the other hand, N-Line cars will come with cosmetic add-ons like aggressive bumpers, side skirts, spoilers and badging. The powertrains option will remain unchanged but there could be a tweak in the performance to make it comparatively more powerful and torque-y. The N Performance cars will feature a through bred N engine that has been developed specifically for the Hyundai N cars. A report by NDTV Auto mentions that Hyundai could be selling these cars through a dedicated channel instead of the regular dealerships. 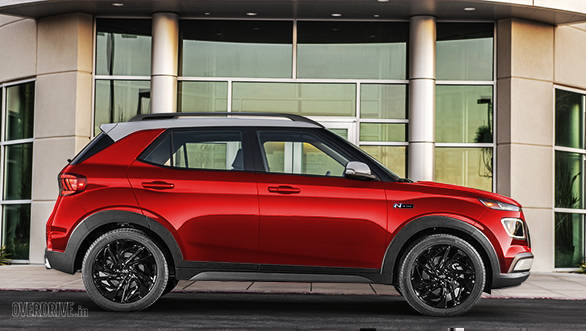 Presently, the Hyundai N Performance range consists of i30 N, Veloster N and the i30 Fastback N while the N Line of cars include the i30 N Line, i30 Fastback N Line and the Tuscon N Line. Hyundai has already started working on a full-blown Kona N SUV as well as a Sonata N.  Hyundai North America COO, Brian Smith had confirmed, at the 2019 New York International Motor show, that an N-Line version of the Venue SUV is in works.We believe that Hyundai India could launch the same in the country as a more premium and sportier variant that will be positioned on top of the SX(O) trim. More on that that, click here.