Following the updated Audi A5 and S5 range, the German carmaker now has taken the wraps off the new Audi RS7 Sportback. The new second-generation RS7 Sportback gets larger dimensions and gets a hike in power.

To being with the looks, the overall silhouette cannot be mistaken for anything else other than Aud's Sportback models. The fascia is imposing. Elaborating imposing, the grill is now shorter and wider and the verticle air-intakes that flank the grille have been chiselled sharply. The flared wheel arches house the 21-inch cast aluminium 10-spoke wheels. A larger and wider set of 22-inch five-spoke wheels is optional. It's a Sportback, the roof naturally slopes down blending in the rear hatch and forms a lips spoiler. 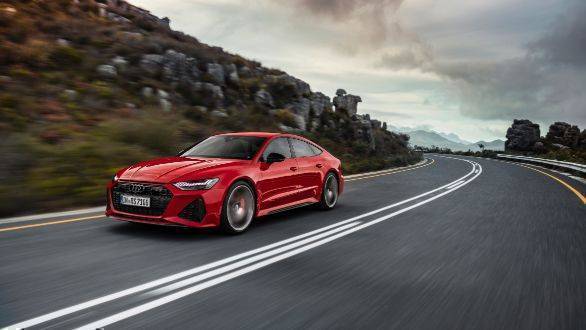 The tail lamp assembly gets a new design and an LED light strip runs across the width of the RS7. The rear bumper also houses a diffuser which gets a wave design element along with two oval exhaust tips. Dimensionally, the RS7 Sportback has grown and now measures at 1,950 millimetres in width and shy over 5 metres (5,009 millimetres) in length. 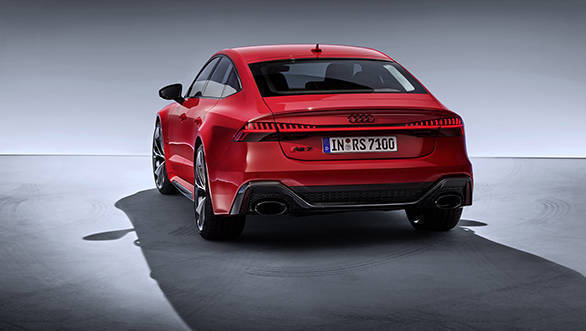 The insides see a revamp as well. The cockpit gets an all-digital screen for instrumentation. Similar treatment is seen for the centre console. The steering wheel is wrapped in Alcantara and the rest of the upholstery gets Nappa leather treatment. One can also opt for Valcona leather seats. 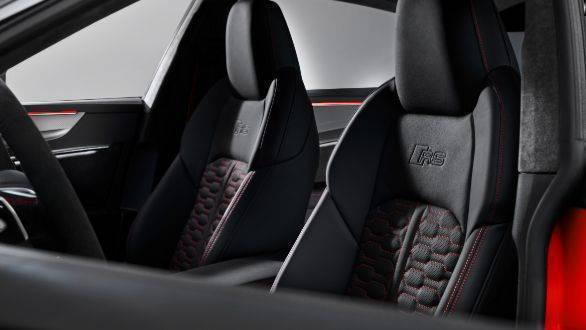 We're happy to report that the RS7 Sportback's engine has not been downsized and gets a 4.0-litre V8 engine with higher power output - and also a 48-volt mild-hybrid system. The V8 puts out 600PS of power and the torque is rated at 800Nm between 2,050 - 4,500rpm. All the power is forwarded to the wheels via an all-wheel-drive system mated to an eight-speed automatic transmission. The all-wheel-drive system can split the power and can send up to 85 per cent of it to the rear. 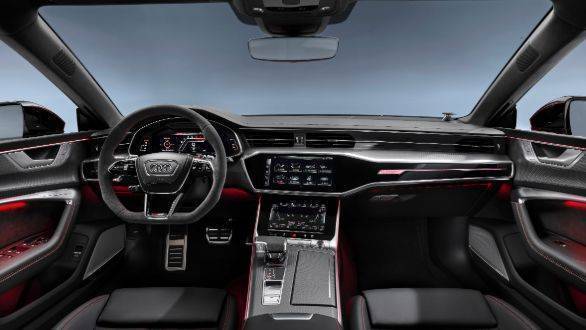 The RS7 Sportback can dart to 100kmph from a standstill in 3.6 seconds. The top speed has been electronically limited to 250kmph, however, opting the Dynamic package will allow you to take the RS7 Sportback up to 285kmph. And the Dynamic Plus package unlocks the car up to 305 kmph. 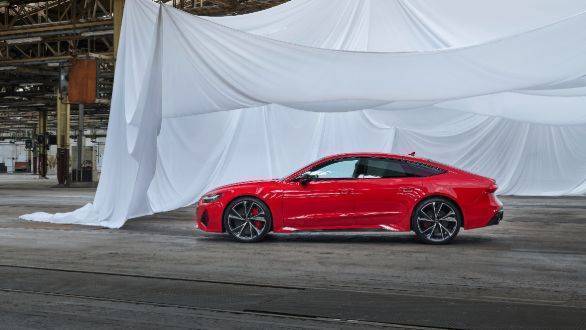 The Audi RS7 will first land in the American and European markets mostly by early 2020. Expect the new RS7 Sportback to be launched in India by late 2020.