Mahindra Roxor off-road vehicle is for the US market only

Last year, Mahindra announced an all-new off-road vehicle called the Roxor for the US market. And now the Indian manufacturer has revealed the images of the Roxor. From the first look, it is evident that the Roxor takes its design inspiration from the classic open-bodied CJ series of jeeps. The Mahindra Roxor is only for the US markets and is available in two versions, base priced at 15,499 USD (~Rs 10.08 lakh) and LE (Limited edition). There will also be a Dune edition that will be available at a later stage. 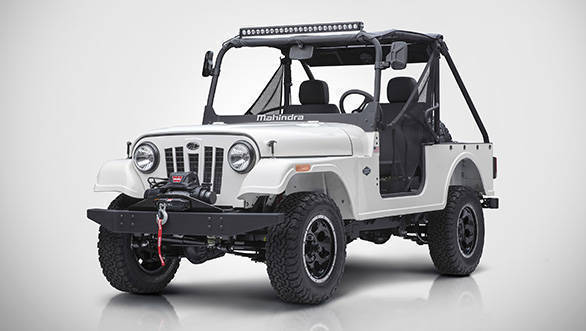 Mahindra Roxor takes its design inspiration from the Willys CJ

The Mahindra Roxor, similar to the Thar, comes with a steel body built on a boxed steel frame. Since the Mahindra Roxor will be spending time only on rough terrains and not on highways, the feature list only consists of hydraulic power steering, single gauge instrumentation, halogen headlights etc. In terms of safety, the Mahindra Roxor comes equipped only with a roll cage while there is no mention of airbags or ABS. Presently, there are four colour options - carbon black, classic white, fire orange and tahoe blue. However, at a later stage, there will be close to 900 colour options that will be offered on the Roxor for an extra premium. 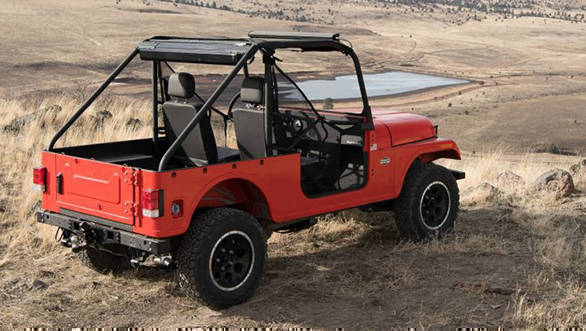 Powering the Mahindra Roxor is a M2DICR 2.5-litre turbo diesel engine that makes 62 PS at 3,200rpm and generates 195 Nm at 1,400 to 2,200rpm. The motor is mated to a 5-speed manual transmission and has a claimed max speed of 72kmph. The Mahindra Roxor will be available with a choice between 2- and 4-wheel drive options. It comes with front disc and rear drum brakes.