At the launch of the Revolt RV400 and RV300, the company teased their next product for the Indian market - an all-electric cafe racer. OVERDRIVE believes that the upcoming cafe racers will be based on the same platform as the RV400, however, the necessary mechanical changes could be done. Given its sporty intent, a larger capacity more powerful motor could be on offer as well. 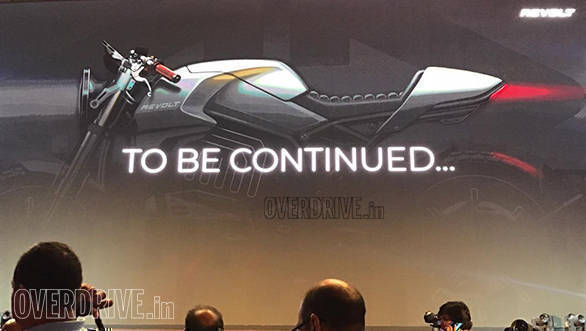 The teaser image shows the low clip-on handlebar setup. The seat is short and so is the subframe. The tyres will be knobbies as see in the teaser and the motorcycle will get a wheel-hugger in the rear in replacement of a mudguard. The new cafe racer motorcycle will be a flagship for Revolt and expect it to be positioned above the RV400.

As the RV400 has been launched in India with an ownership subscription of Rs 3,999 for 37 months. The new Cafe racer could be launched in the same manner.