Triumph Motorcycles will inaugurate its Pune dealership, its fourth in India this year, on April 30.  The British marquee is on a dealership expansion spree and seems on course to achieve its target of nine dealerships by the end of 2014. The company has already opened three dealerships in Bangalore, Hyderabad and Kochi. 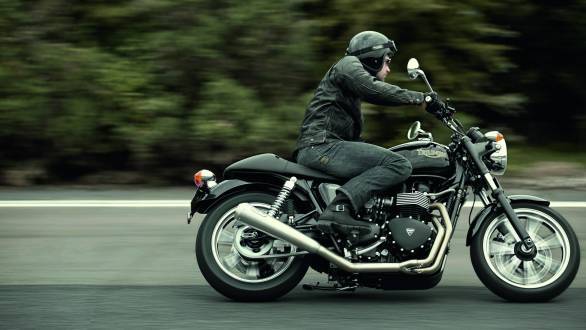 Opened in partnership with Pune-based dealers BU Bhandari, the showroom will have on on display the entire Indian range of Triumph motorcycles. The lineup includes the Bonneville, Bonneville T100, Daytona 675R launched last year as well as the Daytona 675ABS launched at the Auto Expo this year. The range also features the Speed Triple bike and also the Rocket III Roadster which has the world's biggest production motorcycle engine. The bikes have engine capacities ranging from 675cc and going up to 2300cc. The range starts from an ex-showroom price of Rs 5.7lakh and goes up to as high as Rs 20lakh.

Triumph India officials at the opening of the Bangalore showroom

After the Pune showroom, the Ahmedabad outlet will be inaugurated on May 1 followed by the one in Mumbai (Shaman Triumph) on May 3. Chennai and Delhi will also come in to the Triumph fold later this year. The bike major is also planning to set up a manufacturing facility in Karnataka to meet the demand for its motorcycles.