2019 Chevrolet Camaro facelift revealed in the US

Chevrolet has updated its muscle car mainstay, the Camaro, in its home market. Major changes to the 2019 Chevrolet Camaro include new styling front and rear. This comes in the form of a new wraparound bumper which splits the lower and upper portions of the grille. The rear full LEd taillights have been reworked and are now of sleeker design.

The higher spec V8 powered models (the SS and ZL1) have a new design to differentiate them from the lower models. These cars get a new black themed front end with the 'Flowtie' hollow badge now available on all V8 cars and not just the top spec ZL1. The badge also moves to the middle of the fascia in these cars. The taillights on these cars are also of a neutral colour for further differentiation from the red ones seen on the V6 and 2.0-litre turbo. The front full LED headlights have also been tweaked and now flow into the grille via LED DRLs. 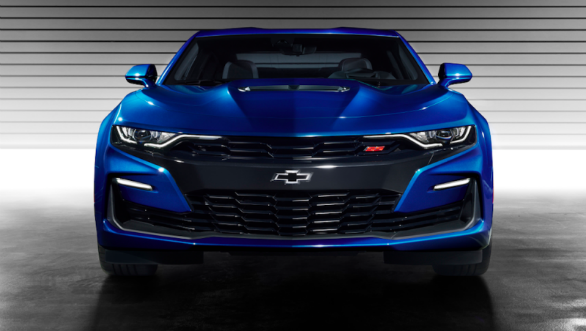 Major mechanical updates include the 10L80 10-speed automatic, co-developed with Ford and also found on the new Mustang, being made available throughout the range and not just the top spec ZL1 variant.The standard rear camera has been upgraded and top-level SS and ZL1 trims also now come with a rear-view mirror display. The infotainment system has also been updated for smoother operation. 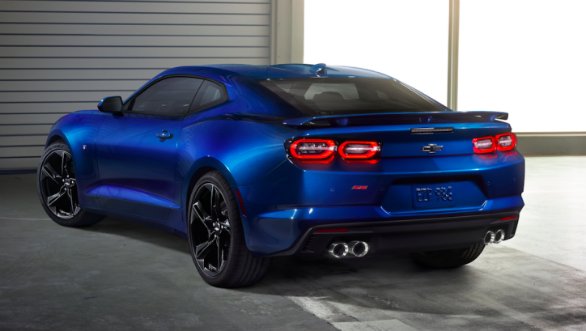 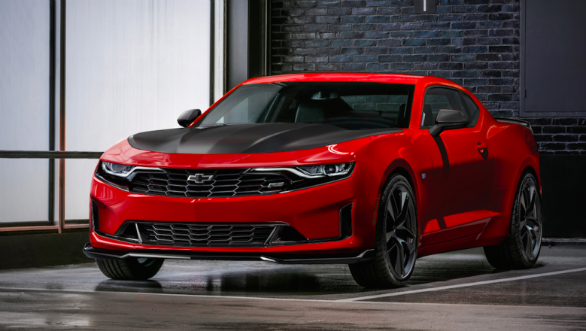 It is unlikely that the Chevrolet Camaro will be made available in India anytime soon, given that the Camaro only comes as an LHD model and Chevrolet having wrapped up retail operations here.  However, it must be noted that the Camaro competes very closely with the Ford Mustang and Dodge Challenger. The Mustang has been surprisingly successful in India with its mix of looks, affordability and muscle car character, and it can be expected that the Camaro could garner a similar following in the country.